No car is perfect, and that definitely includes the Tesla Roadster.

It is small, inside and out. The trunk is tiny, and other than a glovebox barely big enough to hold a pair of gloves, there is no storage in the cabin. There is no power steering. Rearward visibility is poor. The ride is rough and it is quite noisy. The soft top is fussy to put on and off.

But oh man, is it worth it.

My favorite feature is the accelerator. Yes, it's quick - 0-60 in 3.9, and that's for my base model - but that's not what I mean. I mean, it is extremely responsive. Unlike a gas car, when you hit the accelerator, you don't have to wait for a downshift. There is no turbo lag, or waiting for rpms to build, or even driveline slack: the single gear is locked in to place. As soon as you touch the pedal, you are moving faster. Gas cars feel mushy and broken.

Driving up a mountain road behind a truck, looking for a chance to pass? In my old gas car, I would have been tailgating with one hand on the shifter and my right foot ready for action so I could make the pass in the small alloted space. In the Roadster, it is no big deal. I just drive along normally keeping a safe distance, and if I see an opening - ZIP - I take it. Some describe it as teleportation; you see someplace you want to be, and you are there.

The steering feel and handling are awesome (at least in street driving; there is understeer on the track). Waking up every morning to an extremely cheap "tank" of electricity is a good feeling - I sure don't miss gas stations, oil changes, emissions inspections, etc. Despite the harsh ride, I feel less tired after a long drive (I have done several trips up to 3,600 miles) because of the lack of engine vibration and smell. I have been driving it for 6 years, and I still smile every time I see it. I have never been this happy with any other car, even when it was new.

The front air intake is slightly odd, but other than that I love the styling. Later versions had a restyled nose, and there may be a revision available in July 2015.

It is small and easy to wash. The body is all carbon fiber, so it doesn't dent (it will break if you hit it hard enough, but it has to be pretty hard). The small curved part at the bottom of the sides under the doors gets a lot of rock chips; that is a great place for a protective wrap.

The hard top looks nice, but of course it is more fun to drive on nice days with it off. One person can put it on and off, but it's a little awkward and it takes 5 full minutes even if you are used to it and hurrying. And you have to do it at home, because there is no place to store the hard top in the car. The soft top rolls up and stows in the trunk.

Many gas drivers are worried about it being electric, but that's the GOOD part - it is cheap and easy to operate, and SO MUCH FUN to drive. And no, you won't miss the noise of a gasoline engine, or shifting. I worried about those too before buying, but they are just associations. Drive one of these for 3-4 weeks, and your brain will learn new ones.

The drawbacks all have to do with it being a small sports car:
1. rough ride
2. noisy
3. extremely little storage
4. poor rear visibility

It is not a great track car - there is severe understeer near the limit (you can remove most of that with the optional adjustable suspension) and under heavy use can limit the performance to keep it from overheating. I have never hit these in street driving; you have to be really pushing the car.

Most people wouldn't take it on a road trip simply because of the size. Unlike the Model S, it does not have Supercharging so road trips do take notably longer than in a gas car. But I have taken 7 long trips (1,600 to 3,600) miles in it and really enjoyed them.

More About the Roadster 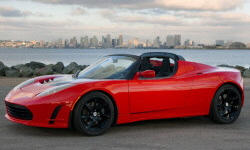 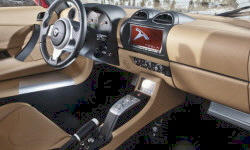