2014 BMW 2-Series Pros and Cons at TrueDelta: The M235i. BMW stays true to their slogan, delivering another Ultimate Driving Machine. by acetech09

When I had a chat with a BMW salesman about this car, his first words were "I can't think of any words to describe it. I've been here for thirty-five years, and this is by far my favorite car BMW has ever made." After a day with it on some wonderful California mountain road, I agree with him.

This makes it pretty hard to write a review, but I'm trying anyway. Here it goes.

This is a BMW twin-turbo straight-six. This engine defined 'Powertrain Performance'. The transmission feels like a dual-clutch system, but it is, surprisingly, a standard eight-speed automatic. Boot the throttle, wait around two seconds for the turbos to spool up, and your face starts to slide to the back of your face. Due to the abundance of gear speeds, the engine is kept at high, turbo-friendly revs, which eliminates nearly all turbo lag once you get moving. The noise both inside and outside the car is surprisingly quiet and not obnoxious. When 'Eco' mode is engaged, the engine and gearbox become quite civilized too.

Just like every other part of this car, the handling is superb. The BMW M-series often conjures images of tail-happy drift cars and ludicrous power, but the small, light M2 has tight, focused, responsive handling. The grip is immense and confidence-inspiring, and the chassis feels perfectly stiff.

The #3 pro of this hardcore sports car, surprisingly, is fuel economy. All the major brands are taking surprising lengths to be eco-friendly. In 'Eco' mode, the 300 horsepower M235i can manage a surprising 22/33 mpg. There is a MPG bar constantly running below your speedometer, constantly challenging you to try to make it as big as possible. The car also features regenerative braking to power the car's electrical systems.

The driving position feels natural. Buttons and dials are easily accessible, and everything's adjustable if you need to. After a few-hour drive down highway 1, I noticed that my back didn't hurt like it does on most other cars. The seats aren't that soft to the touch, and are quite supportive in cornering, but they are very well-sculpted. Who knew a congenital back defect could be so useful in car evaluation?

The utility of this car is also impressive. The rear seats fold down to increase the size of the already spacious trunk. You could easily fit a bike in the back. With the seats folded up, there's decent legroom in the rear too. I wouldn't feel too uncomfortable taking this on a weekend camping trip, provided there's sufficient pavement at the destination.

The most disappointing part about this car was the BMW 'infotainment' system. The display screen is as seamlessly integrated with the interior design as a ski mask blends into a bank lobby. It does disrupt the driver's line of sight, and is pointed straight down the center, instead of tilted towards driver or passenger. The controls are complicated, however that's understandable considering the complexity of the interface. There's a lot you can fiddle with there, but I didn't feel it had a place in what was otherwise such a pure sports car. Even the BMW salesman I met didn't know how to connect my phone with the system.

This is a sports car. I understand that. However, I have driven many other competitors to the BMW Ms that have had far superior rides during times when you can't let all 360 horses out for a jog. The ride does feel quite composed and luxurious, don't get me wrong. It slides over large bumps with little affair. However, in the BMW's attempt to open a line of communication between you and the road, it always leaves it open, and a bit louder than I liked. This might just be personal preference.

To some, this is important. BMW, however good their cars might be, conjures up images of lawyers, trophy wives, and young hotshots who inherited their father's estate. I think I can make a fairly accurate assumption that most customers buy BMWs for reasons other than their unrivaled driving dynamics. I know some, who would never be caught driving a BMW due to that very reason. Doesn't bother me much, and the M badge also adds an air of seriousness to the vehicle.

The 4yr, 50,000 mile warranty is solid, although some dealers might serve it better than other's. This car is complicated and German, however. So expect large labor and parts bills if operating this car off-warranty.

Expect insurance premiums to be high. Also, in such a complicated car, expect things to go downhill quick if you don't take good care of it.

Some BMW dealers in my area are notoriously awful. I'd recommend stopping by yours and getting to know some people before doing business with yours. Talking with other customers is also a plus.

The regenerative braking feels odd, and takes some getting used to. Definitely not a dealbreaker in any respect, but it's worth mentioning. It took me a while to get used to.

This car is utterly amazing. Everything just works, and it works well. It smashes the other German competition out of the water. Just do yourself a favor and get the BMW.

The Audi S4 is also a great car, and might be a better option if you live in an area where you need the AWD. It's also brilliantly fast, but takes the speed in a much more clinical, detached way.

The Merc CLA AMG is decent, but it feels like you're paying a premium for badge and style. The engine is loud, the grip poor, the steering heavy. It's an impressive car, and slightly crazy, but it feels like all Merc did to make it a sportscar was add more power.

Japan's Subaru WRX STI is a great car, but isn't a direct competitor like the germans. It's also rediculously fun to drive and quite capable, but feels more about the machine than the driving experience. It's reliable, easy to work on, and very quick. It's more of a gearhead's car. The interior is simple, the ride less luxiurious, and the engine less smooth.

Thorough, highly informative review. Thanks for posting it. I drove a 228i recently, and was similarly impressed. Enjoyed driving it much more than the larger 3-Series, yet more refined and comfortable than the 1-Series that preceded it.

Great review! Informative comparisons to other options, appreciated your comments about a few practical matters - fold-down seat, ride quality, interior noise, ease of use. Too many reviews ignore the elements that make any car a great, daily-driving car.

I am so glad I purchased the BMW M235i rather than the Audi S3. The M235i's power and handling and versatility is simply outstanding. I've owned Mercedes, BMW, and Audi performance cars. The M235i is the best yet.

I recently drove both the M235i and the M4, and liked the former far better. The current M4 feels so heavy.

More About the 2-Series 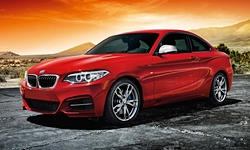 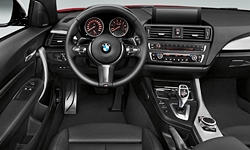