2018 Buick Envision Pros and Cons at TrueDelta: Owned this car for 25 months so far, with no problems by AcuraT

I was looking for a car that could carry four comfortably on a long distance trip but get over 25 mpg on the hghway. It should handle reasonably well, have decent comfort, be relatively quiet and reliable. I wanted a vehicle that its powertrain had been built for at least four years to help on the reliablity part.

I tested two years ago the Buick Envision (4 cyl turbo with 6 speed auto), BMW X5 (4 cyl turbo and 8 speed automatic) and Lexus RX (V6 with 8 speed auto). In this I will compare what I felt test driving all three along with my wife's opinion's mixed in.

First, the Lexus. The Lexus RX 350 was a very nice car with a well known powertrain as its V6 and tranmission have been around for quite a while. It had a lot of power and was very comfortable. Space was pretty good as well but of the three cars it had the second most second row rear leg room. Driving it was fine but not very exciting. It handled competently but the steering was not very precise compared to the other two. My wife did not like the view out the back as she said the blind spot was too big. However, it did not bother me. I would say be sure to test drive this one as depending on your height, you may or may not not like the view out of it. The powertrain was smooth and the power was great on demand. Instrumentation was nice but the interaction with the middle display was not. Using a touchpad was not much fun and very hard to use although the touchsreen could work but was slow to react in some cases. Still not a bad car at all.

Next, the BMW. The BMW X5 was the most luxirous of the three. It also had the most cramped back seat as far as leg room went. Not that it was terrible, it just was the smallest of the three. Handling was the best of the three, and power was good if not as good as the Lexus. The start/stop techniolgy worked well and was unobtrusive. The ride was taunt but comfotable and the powertrain was smooth. This by far was the most expensive of the three options, but it was also the most luxurious. Both of us had a good view out of this vehicle. The rotary dial the BMW used to move around the display took some getting used to but was far better than the Lexus offering.

Last is the Buick Envision. Yes, it is not quite as luxurous as the previous two. Particularly on the lower body panels which are hard plastic. The upper panels were nice as the competition for the most part. What the Buick had which the other two did not was wi-fi for the interior, and up to 7 devices can be handled at once. On the test drive we had our two kids stream shows with no problem on the car's wi-fi. This would prove useful on long trips. The back seat was the biggest by a little, and the second row seats go forward and backward (taking up more or less cargo space) to give even more room to the second row customers. All three cars offered heated back seats, but only the Buick offered second row heating/cooling controls for the vents in the back row. All three cars offer USB ports for second row passengers as well.

The Buick also had self parking (with the driver in the driver's seat) which the Lexus lacked. Also the touch screen works well and is a better option than both the Lexus and the BMW. The fact that there are hard controls separted for heating and cooling it is perfered to putting everything into the screen - something all three cars handled well. the start/stop system is also unobtrusive just like the BMW.

I went with the Buick. The reason was back in April 2018 when I was looking for a car while the 2019 Buick with a new 8 speed automatic was launching, the other two cars were not changing at the time. So my choice was $2000 off the Lexus, $3000 off the BMW, and $12,000 off on the Buick. Since the Buick was already cheaper by a few thousand over the other two, and there was an astronomical discount at the time, I had to go with it.

Now two years later it has been a good car. After two years and just over 30,000 miles all it has needed is regular maintainence. Nothing more than oil changes, tire rotations, and at 30,000 miles a valve cleaning (all direct injection engines need it every 30,000 miles - anyone telling you differently is lying and will cost you big bucks down the road). The oil life with a lot of highway driving has recommended an oil change every 6000 miles which is the most I would ever consider going on one oil change.

Would I make the same choice again after two years? Probably. It is hard to make up a $12,000 difference. All three SUVs seem to be excellent vehicles, each with its own faults. I tend to keep my cars over a decade as the Saab I had sold was 12 years old and had 190,000 miles with almost no repairs needed over its life. Can only hope for the same here.

More About the Envision 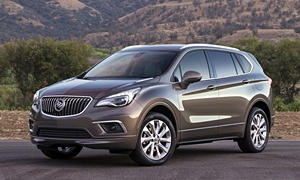 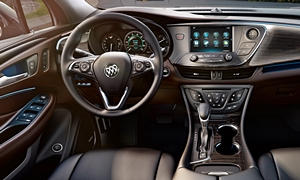