2017 Chrysler Pacifica Pros and Cons at TrueDelta: A real Odyssey/Sienna competitor by sasolomon

As a 5+ year Odyssey owner, I know and believe in the utility of the minivan. Having had a few ChryCo rental vans over the years, I never felt they were true competitors (the price / value over quality made them miss the mark) - anyone I saw buying a ChryCo I thought was ignoring the quality or functionality to get something with a lower price. However, with the Pacifica, the competition is real now. An optional 8th seat (which I did not experience) makes it as useful (theoretically - the Sienna 8th seat is a joke, while the Ody is legit and holds a full size car seat). The styling, powertrain and functionality are all within fighting distance of the imports (made in America with American parts, mind you).

Mostly, a shopping comparison will come down to how you will use the van and what features you care about most. The Odyssey is still the most functional, especially for those with young kids (most flexible seating arrangement, easist 3rd row to flatten, most room and comfortable). The Sienna drives like an SUV and has AWD if you give into that marketing ploy (and has better ground clearance). The Chrysler has the fold flat 2nd row, nice touchscreen, and good powertrain. None of the three would be a bad choice. 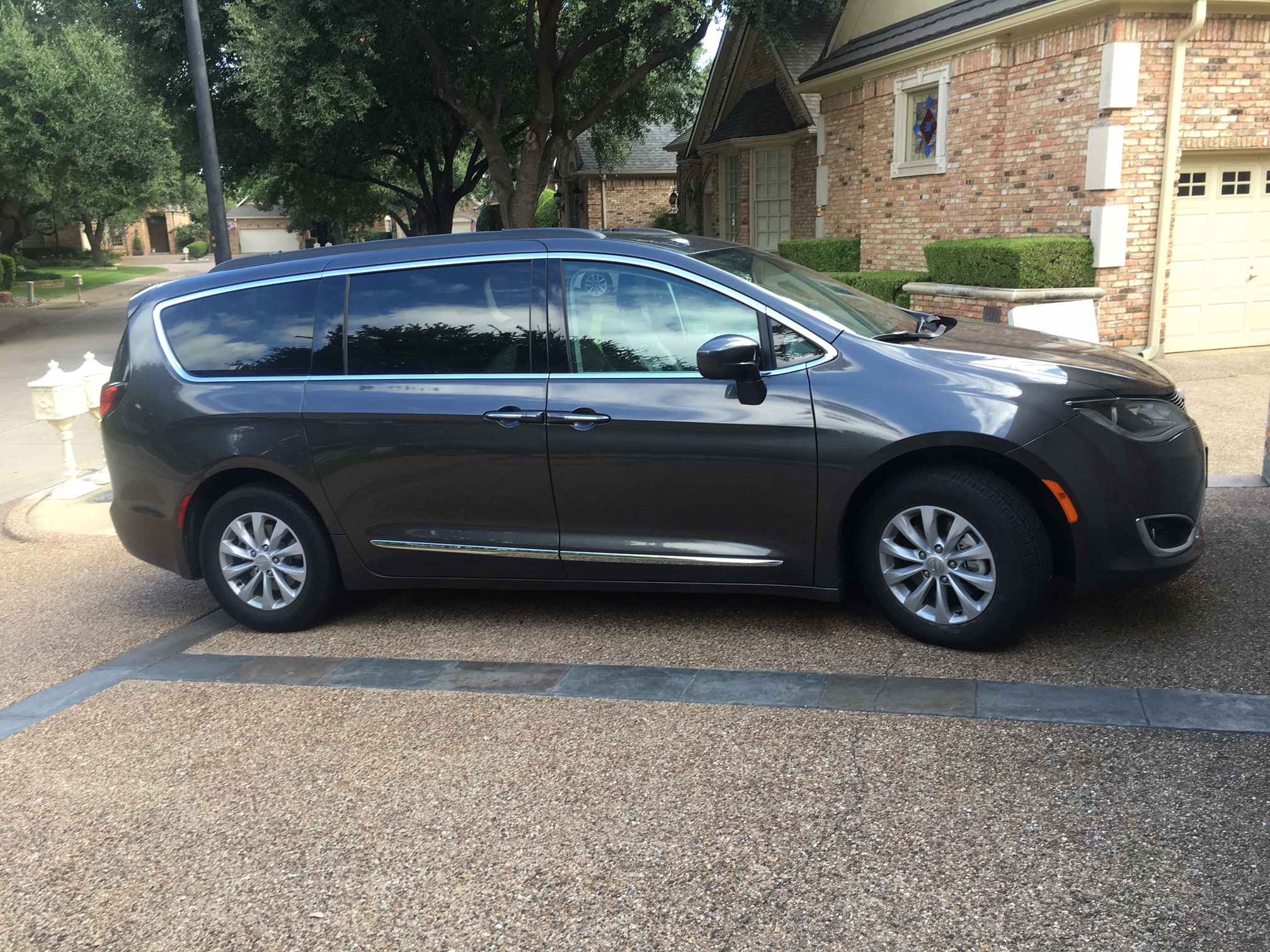 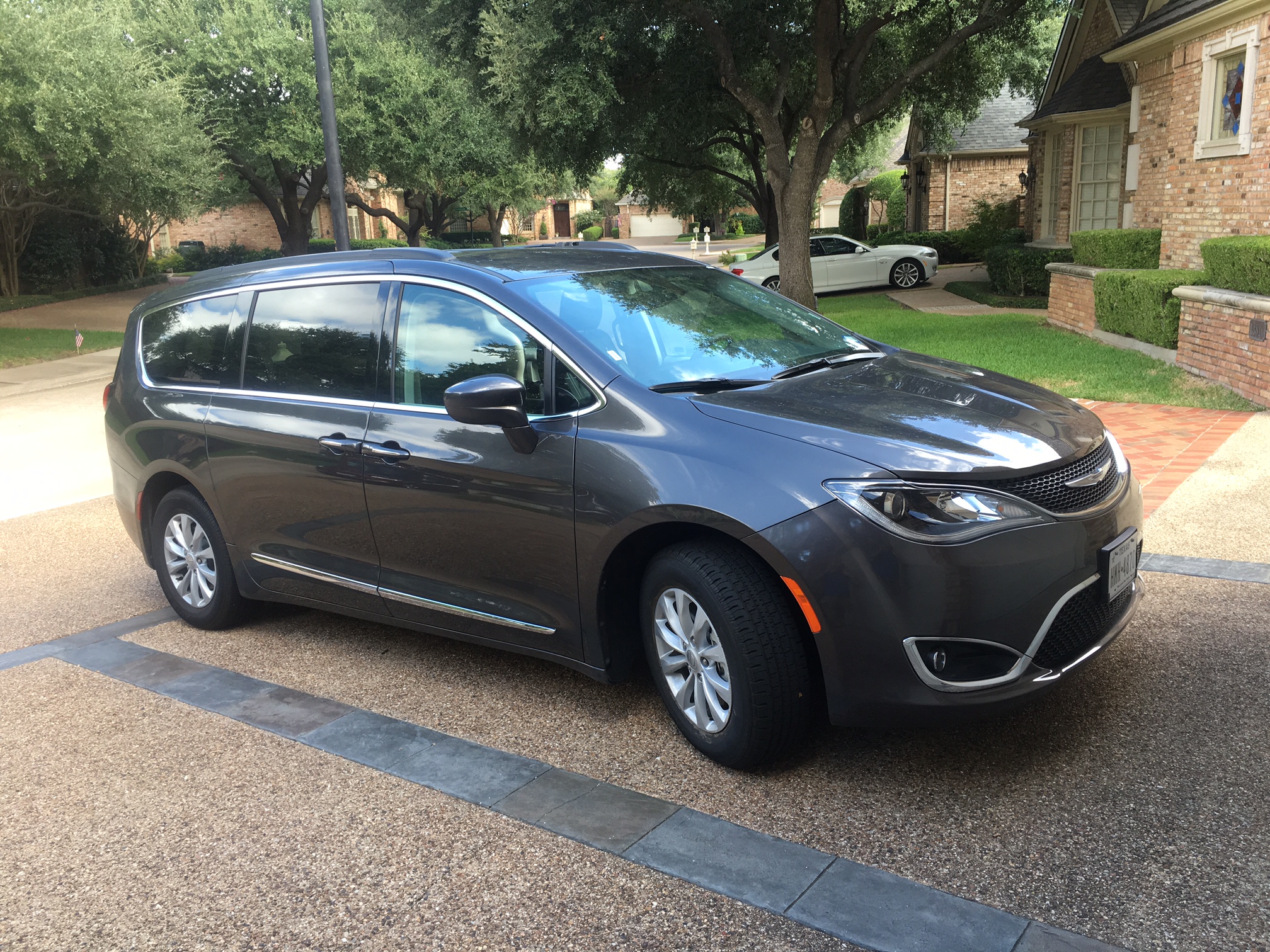 The powertrain was very good. Although I have had a negative experience with the ZF 9 speed (a rental Cherokee I had only for 24 hours), in this car, it was either evenly matched or bugs worked out. In practice, it was pretty seamless. The engine was smooth and power delivery very even. Large kickdowns on the highway were not jerky, even when I tried to trick the transmission with large inconsistent throttle inputs. City streets (suburban), I did not notice it at all - just as it should be.

The van is light years ahead of its predecessor and on par with the Sienna and Odyssey now. I would place it slightly stiffer, which may have been more the seat padding than anything else (the Ody seats have a little more cushioning). It even compared well to a Infiniti G25 and a Lexus RX350 (each about 5 years old with 25k / 40k miles, respectively) on the same streets. Fully loaded with 3 kids, 3 adults, and luggage for a long wedding weekend did not perceptively change the smoothness.

Minivans are tools, and this one compares nicely with the other top vans on the market. I fit the exact same luggage in our Odyssey in this vehicle (as we drove the Ody to the airport) and the room behind the 3rd row was very similar (maybe slightly less deep in the Pacifica?) The rental Pacifica did not have the 8th seat, as our Ody does (standard), but has slightly more cubbyhole space (the stow and go seats when not stowed). Folding down the third row (either part or in its entirety) is a fantastic tool to have at your disposal. Acres more room than any SUV short of a Suburban-type.

In person, the van does look nice and much more like an SUV than any of the others on the market. You have to look hard at the profile to notice the size of the sliding doors; the brightwork takes your eyes away from it. The front end treatment makes the vehicle appear smaller than it is - the gaping maw of the Odyssey seems to accentuate it. Chrysler really did a good job here.

This car was equipped with the larger U Connect system. I have a general disdain for touch screens - the lack of tactile feedback is disconcerting when you are attempting to focus on actually driving. However, this system was responsive and intuitive. I did not download the uconnect app, but I did use bluetooth streaming and telephone calls - it was quick to connect (our old ody is hideous in this respect) and the connection was reliable.

The seats are still more thinly padded than the competition - and the third row seat angle is merely adequate. My mother in law noted that our Ody 3rd row is really like a standard seat - not "3rd class" - but the Pacifica made her feel like she was "stuck in the back".

There's good and bad here - I already noted the UConnect system is pretty good. However the HVAC controls don't make much sense (the hard buttons), although you can go into that menu in the touchscreen. Biggest things missing from the hard buttons - seat heaters, rear zone lockout, rear zone control, sync temp between all three zones. The standard dash is fine and has good info available (especially each individual tire pressure - thank you FCA for including that). The gearshift knob, although disconcerting at first, worked fine and I got used to it - except no place to rest your right hand. I would have preferred a little more control over transmission gears besides "D" and "L" - not for typical city / suburban / highway driving, but if I drove in the mountains (I even found the three settings available for the Ody 5 speed mediocre in the mountains - D, OD lockout - 3rd gear, and L - 2nd gear).

I'm guessing that Honda has some patent on the 3rd row collapsing mechanism, as Chrysler's keeping the exact same setup as the old vans is awful. This van's version jammed twice - I had to rock the seat a bunch to get the "step 2" strap to work. Those who are less tall will find it awkward to flatten the seats (same with the Sienna). The Ody system works magnificantly, easy, seamless.

The in car computer (which I don't fully trust) said we got 17 MPG overall, which included a decent amount of idling and full blast AC time. Not much highway (besides suburban highway, with some traffic mixed in). For comparison, our 5 year old Ody ranges in the 15-17 MPG when used similarly. Not much advantage, although I was not expecting any.

I thought the handline was decent - pushed it a little bit on an empty road (with an empty load) and it was responsive and had decent steering feel. The Odyssey is more disconnected but equally as confident and competent.

I used ths category previously, but I'll focus on a separate topic here. The bluetooth keys are heavy and large. The auto start feature is nice (get the AC kicking to blow the hot air out before you start throwing kids into the car) but a little silly. The start button is kind of low and not a good location, especially if a driver has a Toyota-like reaction and wants to emergency shut off the engine. I should have mentioned this earlier, but the backup parking sensor system seemed odd - it did not detect or go off until you were very close to the offending object - but the screen was very nice and clear and had the swinging lines.

Mostly, a shopping comparison will come down to how you will use the van and what features you care about most. The Odyssey is still the most functional, especially for those with young kids (most flexible seating arrangement, easist 3rd row to flatten, most room and comfortable). The Sienna drives like an SUV and has AWD if you give into that marketing ploy (and has better ground clearance). The Chrysler has the fold flat 2nd row, nice touchscreen, and good powertrain.

Pending reliability ratings, the Pacifica is a true competitor to the Odyssey and Sienna. At least until Toyota and Honda come out with the next generation. 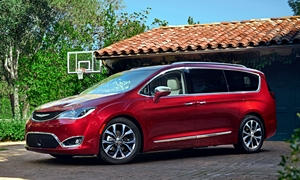 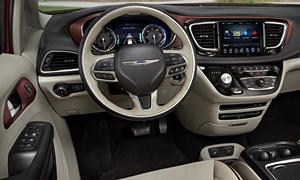