In September of 2010, I chose to buy a car HONDA INSIGHT, as between the various brands that offered similar vehicles with low fuel consumption and equipped with innovative technology, I decided to put the utmost confidence in this car maker who enjoyed, and enjoys an excellent reputation worldwide.

In order to buy the car, I went to the Honda's Agent, at that time, present in my city, after a few months, unfortunately, neither the aforesaid Agent, nor any other new Agents, accounted any more HONDA!

The discomfort was remarkable because, in order to perform routine maintenance on my HONDA INSIGHT, I had to ask every time a day off to get to the nearest Honda authorized workshop, since needing driving 170 km away for round trip.

I continued, however, to be fully convinced of the purchase that I made, and even in spite of the commercial assessment of the vehicle that, after only two years, had already fallen to about seven thousand euro against the euro diciottomilacinquecento paid.

I didn't care about that assessment, because I preferred the aforesaid car with conviction, since I always felt very satisfied, I would never wanted to sell it.

4dr Hatch 98-horsepower 1.3L I4 Hybrid CVT FWD
A few months ago, just Monday, October 13, 2014, the car suddenly stops and no longer working the speed gears, neither forward nor backward; it creaks, but nothing to do, it did not moved, not even one meter any more!

I called the tow truck and not knowing where to turn in the city, having, among other things, go to work, I decide to park the car in front of my house and, simultaneously, hire a new car.

In the following days, since HONDA assistance was not present in the city, I asked advice from some mechanical technicians, whom working for other car manufacturers, they agreed on a possible speed gears breaking, or clutch breaking, solvable by an authorized Honda workshop by costing of nine thousand Euros plus VAT and labor.

What to do? Which hypothesis to consider?
However, considering that probable it's an exceptional event, before choosing, I asked for two times, amicably, a support to "HONDA MOTOR EUROPE LTD" explaining what happened and asking for their cooperation, their suggestions, their recommendation or, perhaps, only one word, that maybe it could at least assist me in reaching a point of care HONDA, where you can determine with certainty the type of breakdown that occurred.
None of this, Honda Italy, neither concessions virtuous, nor even an answer! NOTHING, nothing at all!

Honda has decided to regard his client NOT worthy of consideration, as it were transparent, insignificant.

- EVERY THING ABOVE WRITTEN IS DOCUMENTED -
PLEASE YOU USE ONE'S OWN JUDGEMENT, IS HONDA A SERIOUS COMPANY?
I CAN ONLY SAY: WARNING, IF YOU THINK TO BUY A CAR, DO SO IN ANY WAY, MAKE SURE THAT IS NOT AN HONDA. HONDA IS NOT THE A RELIABLE COMPANY HONDA VEHICLES ARE NOT RELIABLE AT ALL - BAD SERVICE. BEWARE, WHAT HAPPENED ME, CAN HAPPEN TOMORROW TO YOU. HONDA IN MY CASE HAS DONE A CONDUCT IN ALL ITS DEPARTMENT TO VERY LOW LEVEL. HONDA DID NOT CARED ABOUT PRESTIGE THAT ALSO A SINGLE CUSTOMER CAN GIVE TO A COMPANY. HONDA, HAS TAKEN ME AWAY A BIT OF DOLLARSWITH THE SELLING OF A "CAR" THAT HAS REVEALED TO BE A REAL SCRAP. STAY AWAY FROM HONDA!

More About the Insight 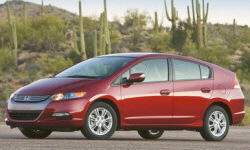 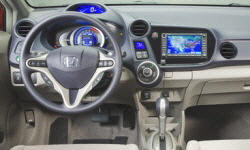