Can't get a better vehicle in this class to tow.

Love the way this jeep handles on the highway

I have a love hate relationship with my jeep. Love it when it's running but I'm not happy with the reliability. Repairs have been all after warranty expired; glow plug module...$700 swirl motor...$600 this could of been $6000 but green deisel engeneering saved the day high pressure power starting line ...$500 alternator...$1000 many glow plugs and engine start failures just lots of gremlins

So far my stepson is curently driving one for the past 5 years. The glowplug module as been replaced twice. 1 glowplug and then all 6 a year later. The whole differential had to be replaced 2 years ago ($1700). Lucky for him, a do allhis oil change for whaqt it cost, about $100 taxes included compare to $180 + taxes at the Penzoil center. Many annoying litle problem like a whining fan only when it's cold, several window buttons working on and off. Still he likes it but my best guess is he won't buy another one after he's trough with this one. 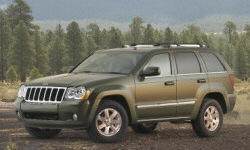 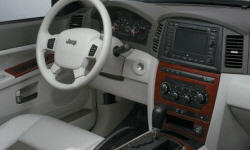