Exterior design is very sleek and looks like it should cost a lot more than it does!

Interior design and quality was a major selling point! The Sand (beige) interior with dark accents on the seats and the two-tone dashboard and door panels look amazing!

My other car is a Mazda3 s and the CX-9 feels just as planted in the curves and is as responsive! No other SUV/crossover drives so much like a car...and a dang good car!

HVAC controls could be more intuitive and less 'busy-looking'; same goes for the Bose Audio system, too many non-essential buttons cluttering the center stack, but still much better than most competitors that I've driven.

More About the CX-9 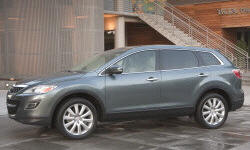 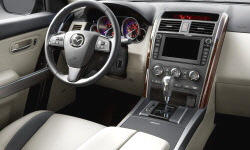