Although this car sounds quiet initially, once you get used to driving it, its not as quite as one thought. There are two issues from my perspective. The first is that when giving it even a moderate amount of "wellie" it starts to become noisy - the designers obviously thought people wanted to hear a sporty exhaust note - well I don't - I like silent power. The noise (throaty exhaust) is bordering on the intrusive when it is accelerating at only a moderate rate. The second issue is that at motorway speed 70+ mph it is very difficult to hear the SatNav if one has the volume set at a comfortable level for other speeds - this is probably a combination of two factors 1) the overall soundproofing and noise level of the vehicle and 2) the fact that the SatNav instructions only seem to come from the driver's door speaker! The front seat p[assenger certainly cannot hear them.

The Audio and SatNav systems have serious usability issues. For a start trying to use a screen for audio controls while driving is a safety disaster. The last thing one wants to do when driving is to have to focus on a screen when you want to change radio station or audio track - rotary knobs are a must for these features if safety is not to be compromised - using a screen for these functions is a serious safety issue. The SatNav has serious usability issues in terms of selecting routes and destinations. Its almost impossible to describe the problem without an actual example but the only conclusion I can come to is that the Japanese mind works in an entirely different way from the European one - either that or there has been a serious screw-up in the translation process. In addition the 'english' voice (obviously a mechanical translation or pronunciation) has major pronunciation problems - there seems to have been no effort made to ensure names of streets are pronounced correctly. To give one example Warwick is not War Wick! The SatNav is also often seriously out of date asis the speed camera data - this is not helped by the very long gaps between updates (6 months?). Recently I was on a motorway when theh SatNav showed average speed cameras for 5 miles when there were no cameras at all (northern end of the M50 in the UK). Also recently I was ordered to turn down Wood Street in Southam when Wood Street has been closed permanently to traffic from that direction for over 12 months now. SatNav instructions are inaudible at motorway speeds (70+ mph) since the sound only seems to come from the driver's speaker and is virtually drowned out by the road/tyre/wind noise. The SatNav also takes a long time to load up. A top of the range TomTom system for half the price is a much better bet

Its an awful long time since I drove a car that did not have a water temperature guage - the Maxda 6 only has a blue light (confusing with main beam headlights) which goes out when the engine heats up - why when there is obviously a screen in the right-hand dial there could not at least be a water temp option I don't know. Some warning lights, like low external temperature come up white and with a loud beep - first of all one wonders why the beep? and then after reading the manual (and its a very big manual) you realise the beep was associated with the external temp dropping below 4 degrees celcius and a white snowflake has come on - OK snowflakes are white, but so are all the other lights on the dashboard normally - surely a warning light which indicates possible dangerous road conditions should be at least orange? The low tyre pressure (triggered at 25 psi) is yellow when this is nothing like the same level hazzard. All the above was written after 1 year, now the car is 4 years old and I've just been bitterly disapointed whenhaving left it on the drive for 6 weeks the battery ran down completely and was knackered - no charger could do anything with it and I had to buy a new one which gave me another suprise - all the battery websites told me I needed and AGM battery because the car had start/stop technology (this was based on my entering the cars number plate. However the battery charging people were suprised when I took the old battery in for recycling because it was a lead acid one" They couldn;t understand why the car had the 'wrong' battery from new.

The SEL-Nav version ought to have at least heated front seats and automatic folding door mirrors - the manufacturing cost of these items is chicken feed!

This vehicle is a petrol automatic and the fuel economy is not too bad - around town its pretty good but out on the Motorway at 70 - 80 mph it is hardly any better than my previous 15 year old Volvo S80 petrol automaticwhich had a 5 cylinder 2.4 litre (this is a 2.0 litre less powerful engine) and weighed an awful lot more. Its giving aroun 40 mpg. The istop system seems to be a waste of money - it saves virtually nothing, you have to press hard on the brake pedal to make it work and the miles its claims to have saved are minimal - about 20 in 8,000. 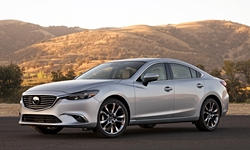 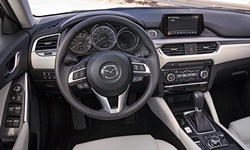