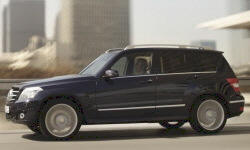 I can't find reliability results for the 2012 model. Anyone who can offer insights into this specific year?

We only have stats for years where enough owners participated. Wish we had all of them.

While unfortunately True Delta lacks this data, Consumer Reports has it from 2010 to 2015. As the newer model years show, it became less reliable for some strange reason (2015 is less reliable than 2010).

For Mercedes, this is a surprisingly reliable car. In 2010 its overall score is slightly above average. It shows some minor engine and transmission issues (such as power steering or water pumps, rough shifting, and the like), a creaky suspension and body integrity (rattles), and of course plenty of power equipment issues. Still, for an 8 year old luxury car it is not too bad.

For 2011 it only has rough shifting but nothing more serious with the powertrain. Suspension and body integrity still is lacking, but that is about the extent of the problems. The best by far of the three years you listed.

For 2012 more drive system issues, some creaks in the suspension, and some power equipment issues. Again, not as much trouble as 2010.

For 2013 if you can afford it the trouble spot is the fuel pump. A few have transmission problems and suspension creaks. That is pretty much it (and better than the previous three years).

They are not the most reliable cars, but this one in particular is not so bad over time according to CR. Best of luck.