My first Nissan, after being a VW fan, but I am very impressed, so far. Still, I have some dislikes about this particular model level.

I admit, I was not in love with the styling when I bought the car. The headlights seems to be protruding, the hood is somewhat oval shaped, and I was not a fan of the swoopy styling on the side. However, I realized this was a lot of car for the money and have gotten older and wiser about what matters in a car. I now have grown to appreciate the styling a lot more.

The seats are extremely comfortable and adjustable, and the driver's dash display is very logical and easy to read. It took me a while to get used to finding the fuel door release and hood release when it was not light outside, as these are not illuminated in any way. The traction control and trunk release buttons are located logically and are illuminated.

I am not a fan of the old style push pedal emergency brake, but have gotten used to it. Otherwise, the brake and gas pedals are reasonably and ergonomically positioned. The radio controls do not always illuminate when I have the lights set on Auto. I have changed the vehicle settings in the steering wheel based control display and find that having the DRLs come on later rather than sooner, seems to help.

I have read where people have complained that the CVT roars and doesn't shift properly. I sincerely believe these are people who have never read the owner's manual. First off, the CVT does not roar; the engine may do this, but not the transmission. On the left side of the shifter is a button that turns off Overdrive. This is very useful to use when you want some engine braking on a downgrade or even when slowing down to match a speed limit change. If your car is roaring, I suggest you notice whether you have an amber display that indicates OD is off.

I find the driving experience quite satisfying when in the Ds (Sport) mode. The programmed shifts are very similar to the VW Passat's automatic and I am impressed with how quickly the car can get up to highway speeds without a lot of engine thrashing. For the most part, in normal Drive (D) mode, the engine rarely seems to exceed 2500 rpms in getting up to 60 mph.

I really appreciate the superb handling this family sedan exhibits. While not a sports sedan, per se', it is a fun car to drive around the twisties and the stiffer ride is a compromise well executed. All in all, a car I enjoy driving more every day I own it. I am getting an average of 31 mpg on my daily commutes with an average speed of 35 mph over 40 miles round trip, highway and city.

CONS: The velour type of upholstery in this car is a hair and lint magnet! It is also very hard to remove this stuff from it. Should've gone with leather! The Bluetooth connection to my cell phone is very undependable. At times it works perfectly as "hands free", but many times it begins a call on the phone without relaying the two way communication through the car's audio, so I have to hit speaker mode on the phone to converse. Maddeningly inconsistent!! The voice recognition system is untrainable and mispronouces and misunderstands a LOT of words. The worst thing about this car, overall. The stereo and MP3 playback is almost faultless, with ocassional glitches.

Don't discount this car as an exceptional daily driver! 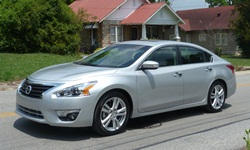 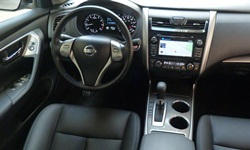