I had previously owned a 97 Boxster and wanted the later model S version with an extra 50 HP, upgraded suspension, brakes, etc.

Corners as good or better than anything else on the road, particularly with the sport suspension, but even bone stock it can run away from most any other car in the twisties.

Brakes on the S version are good enough for a car with twice the HP. Stopping is what Porsche does second best after going!

Even in early years the 250 HP version was ahead of its class. As times has gone on 250 is a bit on the low end for high performance cars, but the Boxster keeps up.

The drivers seat position in the M96 Porsches is one of the best seats in the world for those of us with back problems. Even on long trips I would rather drive this car than my wife's Lexus.

The M96 engine is known to virtually explode due to the IMS bearing issue. this can be avoided with (1) much more frequent oil changes than manufacturer recommends, plus analysis of oil and filter aftert every change. 5k miles instead of 15k miles, even with Mobil 1. There are after market upgrades to avoid the IMS failures. This can be done by most any independent Porsche mechanic and there are multiple products on the market. I recommend L&N Engineering's solutions 10 to 1 over any other fix, although it is the more expensive option. If you plan to buy a used Boxster, pre 2009, budget an extra 3000 for an IMS shafte upgrade or ceramic bearing replacement. You can then have years of trouble free engine performance. There is also a product called the guardian that will give you advance warning of an impending failure, but i RECOMMEND JUST GETTING IT FIXED!

More About the Boxster 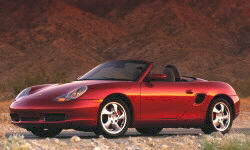 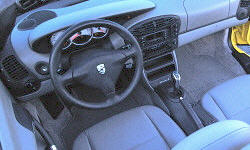