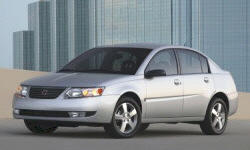 Has anyone that has had a GM replaced ignition switch experienced a failure? My dealer replaced the lock cylinder only a year ago. That replacement has failed. When the repair shop tried to replace the lock cylinder, they found that the switch housing was damaged during teh recall 'repair'.

Wizard: my offically sanctioned [the switch to end all switches, AS Seen On TV] recall switch kept holding the key after the swap had been made. Still had to use the button under the steering wheel to release the key.

There was a bulletin sent out to people who had done the recall and experienced problems after the repair. Mine was an open circuit in the Passlock system. GM made the repair, no charge.

Finally after fighting that stupid switch for ten years and multiple replacements, the switch works as intended

Ironic that this same POS switch won an obscure award for design in 2002.

Don't know if you're having the same problem, but GM seems aware of people having problems post recall replacement. I hope that helps or sets you on the trail of a resolution.

As an aside - I don't really like my wife's Ion 3 due to way too many small issues on such a low mileage car:

My previous car was a 1992 Saturn SL2 which I still own - so I am a Saturn glutton. That car also had some issues but had a way better suspension and interior compared to the Ion.

Sorry GM - I have given up on you.