I have never gotten so many compliments. I watch pedestrians, bicyclists, and other drivers turn their heads when I drive by. If you want a low-key ride, this is not the vehicle for you. OTOH, if you want to create a sensation on the street for less than 30K, you can't do any better. I can't fill the car with gas without doing a Q&A for all passers by.

The power is adequate; I have not been disappointed. Note widespread criticism about lack of power/torque and be sure to test drive thoroughly before you buy. The controversy surrounding power needs to be acknowledged. I moved into this car from a 2001 Honda Prelude and find the pep to be about the same. Spunky, but certainly not fast, and I knew what I was getting into. The plusses include (1) simplicity from no turbo and (2) solid fuel economy. I get 28 MPG with mixed city/highway driving, including a lot of stop and go in my local community, where I run errands and regularly visit family. I do not baby the car and, IMO, 28 MPG is really solid. My real-life mileage surpasses what one would expect from EPA ratings.

Simply, objectively stunning in all respects. Note "close call" reviews in comparison between the BRZ and Porsche Cayman (at 2x to 3x the price).

The brakes are the best I have experienced: Firm, smooth, progressive. . .and very effective.

Compared to my Prelude, which had a firm ride, my BRZ is *harsh.* Note this appraisal from someone who prefers firmly-sprung cars--I'm no luxury car buyer. The back seat is small, but at least it is large enough to catch your kidneys when you go over a big bump. Really, seriously drive this car on a variety of surfaces and make sure you are OK with the ride. I'm OK with it. . .but it is a harsh ride. I was surprised by so many car reviews that described the ride as "firm but not punishing." Make no mistake: The ride can be punishing. The positives include zero body roll and firm road contact at all times.

This is my only car, and so I had to replace the summer-only rubber with all-season tires. I was unhappy that I had no choice of summer or A/S: This added $700 to the cost of buying the car. I tried the summer tires on minor snow here in St. Louis, and two inches of snow rendered the car undriveable. Once A/S rubber was mounted, the car drove just fine in moderate snow. Understand that you have a $700 date with NTB unless you live in the sun belt. Young people, take note: This could be an unanticipated deal-breaker.

Paint finish remarkably easily damaged in my 27-year experience owning cars despite careful finish maintenance. For example, I noticed and quickly removed a bird dropping. . .but not fast enough. It seems that the finish on the car is very, very soft, and this was remarked upon by my detailer/body shop. According to the detailer, it is almost as if the catalyst used to harden the clear coat failed to adequately harden the finish. I strongly encourage applying Starshield or other film coatings. Ordinarily, I would also recommend keeping the car waxed and frequently washed, except I have done all of this (meticulous maintenance) and it has been insufficient to prevent damage.

The factory NAV system was designed by Fisher-Price. Leave the factory head unit in the showroom and make a good aftermarket installer your first destination after leaving the dealership. I would have preferred a blank hole and a $300 credit (the NAV system couldn't be worth more than $300). I'm pretty old to buy a car like this, and when I was a kid you could "delete for credit" car radios. No more, and you won't be happy with what Subaru chose to install. Another, prehaps unanticipated, expense. For a Garmin-standard NAV interface, I recommend Kenwood.

I long for the practicality of the large trunk I had in my. . .Honda Prelude. Seriously small trunk. However, the back seat folds and reveals a large opening. Given that you will not by buying this car to have people in the back seat, you can probably live with the small trunk. Note, however, that the trunk opening is also seriously small, and that may be a bigger issue. If you want cargo practicality, buy a pickup.

Flawless driving position, and plenty of room for me (6'2"). Very comfortable seats with superb support (often noted in reviews, and accurately so).

Very few places to store small items. The center console has no hinged lid, so what you put there is visible to all. Small glove compartment. Amazingly, no door pocket despite the fact that they could have been accommodated in the design.

The manual transmission in this car is very overbuilt for this application. It was donated by Toyota, and is the unit that was in the previous-generation Lexus IS, which had 50-100 more horsepower and 100 lb/ft more torque. Buy a Subaru/Scion. . .and get a Lexus transmission. Triple synchros on gears 1-3 are very rare, and may be nonexistent on cars in this price range. This is expensive engineering, and is only available here because Toyota already had an off-the-shelf Lexus unit ready to go. Downshifts are a snap: No grinding, bucking, mechanical complaints. The Torsen limited slip differential is also a big plus.

A bizarre situation: No map light (which I really miss), no covered interior storage for small items. . .but *lighted vanity mirrors on both sides*? Guys, at least you'll get your mascara on just perfect. I suspect the explanation is that Toyoburu had off-the-shelf sun visors with lighted vanity mirrors and just stuck them in there

Nice complement of interior controls, and well thought out. However, they have a chintzy feel to them (plenty of expense spared on interior materials). One quibble: The tach has a digital readout for speed. At the same time, there is a speedometer on the left side of the instrument panel that goes from 0-160(!). This is wasted real estate because you'll never see the needle move much, you'll never even look at the speedometer (I forget it's there) and the digital readout on the tach is all you need. I would like to see them remove the speedometer, then use the space gained to include an oil pressure guage and a voltage/charge guage. Since this is intended as a hard-core driver's car, the instrument panel should have more than a gas guage and temperature guage. The money saved on the (useless) speedometer could help offset the cost of a more comprehensive assortment of guages.

Read the entire review to better understand the pros and cons of this remarkable car. Go into your purchase with your eyes wide open, and you'll not look back.

Very fine and complete review. I own a 2013 BRZ and agree. My previous coupe was a BMW Z3 coupe and the BRZ handles at least as well albeit less powerfully. But, if you know what you are doing with the gears, this car moves well. True, it could use more torque but the horsepower is adequate.

I agree 100%. A very good review, and one which matches my experiences. Had some issues with the dealership regarding moisture around the tail lights.I experienced condensation inside the tail lights which would disappear after a day or so in the sun. They called this "normal". Ha ha!! I'm sure the designers and engineersbuilt this feature into the vehicle. :( Apart from the dealership experience, I am pleased with the car. Ride is harsh, but what I was prepared for when I bought the car. The center console storage could have been better designed and thought out. Probably the same group that designed the tail light seals.

More About the BRZ 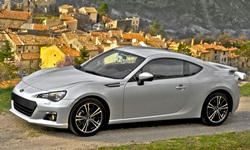 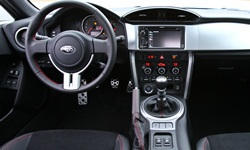