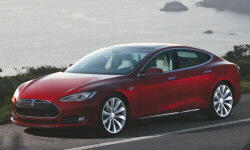 How often is your centre screen self-rebooting for no apparent reason?

They are replacing them for free if it is within the age/mileage limit.

My wife's 2018 Model 3 has rebooted only a couple times. I count that as normal since all of our cars reboot their screens. Shortly after buying the car however, the screen froze on her and she pulled over with the car facing a steep uphill grade (at least she was in a safe place). The car wouldn't go into park or change gear and when pressing the "gas" pedal nothing would happen. The car would just roll backwards since it was on a hill. So, she held the two buttons on the steering wheel to do a hard reboot and that fixed everything. It hasn't happened since. If the car died while driving, that would be a big problem. But it died when she pulled over so it was fine.

The older the Tesla, the more glitchy the infotainment system will be. Just like a computer...