Which VW TDI Should I Get 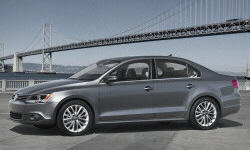 I\'m happy to get any advice you can give me! Thanks!

Two experiences w/four-cyl TDIs, both with manual transmissions: Purchased '96 Passat TDI wagon new and drove it till 186K miles. Engine, transmission, body, interior were in excellent shape at sale, but electrics such as power windows and some ancillaries like alternator, water pump, started to go. Last straw was mechanical fuel pump, the refurbished version of which cost $900.
Second experience was '09 Jetta. Bought used w/45K and sold back to VW at 110K. No major problems.
Recommendation is to get a car that has evidence of by-the-book maintenance with lower miles. Model year or age is less important than mileage.
Both vehicles had plenty of power, and exceeded EPA mileage estimates. Both fun to drive.
Good luck.

My overall recommendation is as followed, purchasing 2009-2014 are great but these model years require major repairs or maintenance around 110-120K; DPF, Turbo, Timing Belt, and AC will fail. Along with these failures or maintenance, i would purchase it again. All these repairs can be done at home or shop, and choose wisely who will work on them. Again, EPA will further modify these cars to standards and hoping they will.

The 2001 - 2005 are great models as well, these cars are tuners favorite. Many modifcation and followers between these years. As stated by Member471, maintenance record is vital.

If your budget is in concern, stick with the 2001-2006 but ensure the major maintenace was completed. Which includes "Timing Belt", check the EGR since these years have major issue concerning soot buildup.

Finally, with Tune and After Market parts it'll last more than 40K or 2 years....! Then you'll be addicted to TDI and probably keep the car. Maybe looking into 2015 since they are selling for less than 20K with low mileage.

Chevy Cruze has multiple issues and NO Tuners market unless you are an Opel fan. I would 100% choose 2015 VW TDI vs Chevy Cruze (plus many Tuners and After Market for the TDI)....

Sorry NormT, i hope this does not offend you...

Thanks for including me in the question. However, I'm sorry that I don't have experience with VW diesels to answer your questions.

Yesterday I had the VW TDI fix and drove it home (about 200 miles). I got the same gas mileage going up to the dealer and coming home. So, perhaps the fix won't change it much. Time will tell. But, I'll also get a $5,000 payment from VW. They extended the warranty on multiple parts of the engine including all the exhaust, the engine block, turbo, etc. It already has an extension of the warranty on the high pressure fuel pump. So, I guess the AC and timing belt may need fixing at some point. I'm pretty confident I can fix the timing belt.

I really like this car. I've had no problems with it.

I've owned 5 other VW's and an Audi. This is the first diesel. I like to keep my cars well maintained. I've been fortunate because I haven't had the issues that I've read about on the internet with my VWs. But I think the internet is a repository for people's complaints. And, that makes it difficult to sort out the truth. I hope my experiences help you some.

For the money you are looking to spend, you're looking at 2006 and older models. Be aware that manual transmission wagon models are much loved and sought after and will command a higher price than the sedans.

Automatic transmissions pre-2006 are generally bad. The DSG transmission, introduced in 2005.5/2006 is a great transmission, but requires regular and somewhat expensive maintenance.

ThePumpe D?se engines, starting in 2004 and ending with the 2006, are pretty good, but often have camshaft failures. It's not a dealbreaker, but if you can't determine aPumpe D?se engine hasn't had the camshaft replaced, you should budget for it to be done at some point. There are aftermarket cams available that don't share the failure mode of the stock cam.

The 2003 and older ALH engine is generally regarded as pretty bulletproof. Bear in mind, though, that we're talking about cars aged 15 years or so. They're going to need things, but the issues are mostly well-known in the VW TDI community. The ALH is generally expected to give up to 400k miles of service with good maintenance and some of the repairs of the usual issues, like fuel pumps and maybe a set of injectors or a turbo.

My personal favorite to recommend is the 2006. It's the newest, non-dieselgate model available. It's my favorite body style. The camshaft wouldn't be a dealbreaker for me. The DSG transmission is reliable if taken care of.

I owned a 2009 Jetta TDI with the DSG (same body style as the 2006, but with the 2.0l diesel-gate engine.) It was my favorite car of any I've owned. Put the DSG in sport mode and flog it and it would still return decent fuel economy. I sold it back to VW with over 160k miles on it and no major issues. The buyback math didn't support me keeping a car with the age and mileage I had with the amount I owed on it.

I'm in a 2017 Chevy Cruze TD with a manual transmission now. The Cruze is out of your budget range, but I'll speak to it since it's come up in this thread. The Cruze doesn't handle as well as the Jetta did, but that's the main negative. The Cruzeburies the VW on fuel economy. My Jetta struggled to achieve ecnomy in the high 40s. My Cruze has never averaged less than the EPA highway estimate of 52 MPG. My lifetime average in the Cruze over 15k miles so far is 56 MPG. The Cruze has the peppy diesel torque and is very comfortable. Having had both the TDI and the Chevy, I have no reservations about recommending the Cruze. But the Jetta is still my favorite car.

The Cruze offers a Hatchback diesel version that gets close to 50 mpg.

Regarding ecu tunes. I think most do their own GM ecu tuning with HPTUNERS.