What car can you get for just over $27,400 that is relative fun to drive, had a lot of trunk room (holds four carry on suitcases with room for a fifth carry on and more), has a lot of interior space, gets great gas mileage, handles very well, but has driveablity issues and quality control problems? If you guessed the VW Passat for 2019, you would have guessed correctly. Read my review and draw your own conclusions if my above statement is accurate.

I rented a 2019 Volkswagen Passat 2.0T Wolfsburg Edition from Tampa International Airport on December 24, 2018 and had it until December 28, 2018. I drove it nearly 500 miles in that week, from mile 3 (new) to 505 miles. I drove the car from Tampa to Naples, FL and in that time would like to share some of my experiences with the vehicle. Looking at the controls and instruments, there is some cost cutting that can be seen in the display. For example, when you are using the cruise control, it shows the current speed the car is set at in the bottom left corner of the display. That is fine, but when that happens and it is on, there is no idea for the driver to tell how many miles are on the odometer. In other words, to use the digits in the display available both the cruise control and the odometer share the same display. You can have one or the other, but not both. Other controls are fairly easy to use and can be figured out over a couple of days of use. They are of good construction and work without problems. However, 84 degree Florida weather started to tax the AC a little. I put the controls on 5 of 6 and left it there, and at that setting, the AC kept the car cool. However I am a little concerned if the temperature was closer to 95 it might have to run on the top speed of 6 all the time since 5 was mostly needed in the mid-day heat of Florida in December. I would compare this to a downscale Audi which makes sense as they are both from the same car company. Comparing this to a Buick Regal I would say the controls are fairly similar between the two companies. Only the AC works better in the Buick and it is not as hard pressed in the same heat.

VW made some compromises on the powertrain as they did with the display. The car insists on starting in second gear, which makes modulating the gas fairly difficult. In fact, I would say this car is probably the most difficult I had driving in traffic. Either I pushed the pedal too hard and it shifts to first with a small bump and has rapid accelaration, or it lethargically leaves a greeen light slowly accelearting up to speed starting in second gear. There is no happy medium in diving this car. As you might expect, when we get to gas mileage this car does exceptionally well for a car of this size. However, as far as powertrain driveablity goes this car is worse than any other car I have ever tested or drove in my life.

The VW Passant is fairly stylish and is good looking. It has its European origin front and center and looks the part. It is sporty and has nice lines throughout the body. No uncessary cladding to be seen and it is all functional form.

The Wolfsburg Edition comes with leather upholstery which was quite comfortable in the warm Florida weather. The paneling was soft touch and care was taken in the constrution of the car for the most part. The most part I state because upon delivery, the car had an electrical problem. I knew VWs have electrical problems but at 3 miles, that is completely a let down for a car of this cost. The problem was the passanger rear window. The window would go down, but could not go back up. In order to get that window back up, a person has to stand oustide the car and push up on the window while the passanger inside the car pushes the button to move the window up. Only then did the window close. I have never had a car or rental where something was this broken upon delivery. I would hope that most VW owners don't have problems this quickly with their cars.

As mentioned previously, the Passant starts in second gear unless you push down hard on the accelertor. Since most of the time I did not do that, I got outsanding gas mileage with my just over 500 miles of driving this past week. I averaged 28 mpg. This includes 30 mpg on the highway, and 25 mpg in modest city driving. Overall quite good gas mileage in the warm Florida weather. The EPA estimate for this car is much higher 25 city, 36 highway. To be honest, I never came close to averaging 36 on the highway but then again, I had to run the AC heavily in the Florida heat and the speed limit is 70 mph (I averaged 74 mph). Perhaps the EPA testing was done in Washington DC where they don't need to run the AC as much as I had to and the EPA tests are done at 55 mph? In any case, this gas mileage is quite good for a car this size and I had no issues with it. This is better than most cars I have driven under similar circumstances in the Florida heat.

The VW Passant was quite noisy in the interior. Much worse than the Buick I own, and worse than the Subaru I drove as soon as I got back to the NY airport to drive home. It was about the same noise as the old Saab 9-3 I used to own. Very noisy in other words. The road noise made it hard to talk in the car on the Florida highway, and if I pushed the engine, it made a modest roar on acceleration. Quiet it was not.

Overall safety is fine. However, when the car was parked my mom backed into the VW. Unfortunately, while her 2015 Subaru Outback was undamaged, the VW bumper hit head on was dented and separated from the car body. So overall, the Subaru had better bumpers than the VW. This was a test I never wanted to do but this unfortunate accident showed that the VW bumpers don't even hold up to a 4 mph collision, which is unacceptable in this day and age.

The MSRP price of the Wolfsburg Edition I drove is just north of $27,400. For that price it is a solid car that is offered. If you can put up with the eletrical issues you are likely to have (as this rental showed on a brand new car), it is a fun car to drive with a nice amount of equipment that gets pretty good gas mileage.

Time of recognition - would I buy this car myself? Probably not. I like my cars to be reliable. I buy tried and true technology from manufactuers I trust. In the case of VW, I don't trust them - and in the case of this rental - it was not reliable. Having a power window be broken upon delivery is just terrible in this day and age. However that is how this car was delivered to me when I started driving it this week. I have never received a car with electronics not working - not even a new rental which I have received before. This is the first time I have ever recieved a car that was new and something was broken.

In addition, the driveablity issues with the second gear from a stop make this car not easy to drive. Once you get the modulation of the gas down you acceleate either two hard or you can't keep up with traffic - depends what gear you are starting in from a stop light. Between these two things I would not buy this car. 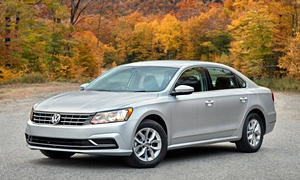 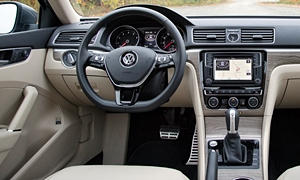