when I got to finally drive HER sport:
MUCH MUCH more powerful + 154hp, +92 lbft,
but comparable mpg as we got on the 2.0 !
doesn't require premium!
quieter engine,
better UPDATED nav,
power open AND close liftgate from inside,
stock remote start not available on Audi,
blind spot warning mirrors,
third row seating,
quad bucket seats,
black non-perforated moonroof shade,
the Sony 5.1 surround sound is comparable to the Bang & Olufsen...
and tows more weight

The Sport is close to being a different suv from the non-sport explorers, the unique wheels and tires, the blacked out features set it apart. We came from a very understated Audi Q5 and the wife liked this better.

ALL the reviewers rave about the twin turbo V6 as will I ! My daily driver is a turbo diesel with 400hp and 800 lbft of torque but weighs twice as much as the sport which has comparable hp --- even on regular gas !

We initially went in looking for a commuter vehicle with High mpg... but the sport they had jumped out at us and we were on the hunt for one... in the wife's daily 45 mile drive to work she's averaging 20 mpg which is comparable to the Audi's 4 cylinder and my truck's 8 cylinder.

For a MUCH larger car than the Audi Q5, the Sport handles very well, quick turn in, good feel, and just a hint of rear body roll... thinking a rear sway bar or stabilizer will easily fix that.

Very, Very quiet interior... even when we DON'T have the 12 speaker Sony 5.1 surround on !

While the Nav and My Ford Touch are working great, there's almost TOO much technology to learn :)

Ford Explorers were long a bad brand based on the tire fiasco that was proven, for the most part, was owner created. So have high expectations that it will improve.

While we loved the Audi Q5, potential high future repairs and no warranty concerned us...
The Explorer is taller, wider, longer, heavier, but still faster and sounds better with comparable mpg !

And in black is NICE !

Trade an Audi for a Ford based on perceived future repairs and the ford is black ...

So you perceive to know my reasoning from a subset of what was posted and edited by the website ? Not that I need to explain - it's our car, our decision AudiFan, go back to your big gooberment is better posturing and tell us how else we can do things...

but are you saying Audi service is cheaper than Fords ? other owners of the DI audi engine had already been experiencing intake issues at the tune of $1000's so ....

Do you have a problem reading? Show me where the poster said Audi service is cheaper than Ford. He doesn't. Audi doesn't make a "DI" engine, before you criticize anyone, know what you're referring to. Personally I'm happy you like your Ford, they make good products, and they're still American owned. On the other hand, selling a vehicle that "might" have problems, because the interwebs "says so" is interesting to say the least.

Oh well...are you the original responder posting as if a 3rd party ?
absolutely chuckle when I see the term interweb used by anyone!

and references to the 'interweb' forums were just to infer there were others stating it on audiworld, etc....

Not sure why you felt to start this as my review was very much light hearted and praising one but this website forced reasoning, so I gave some...

but I have time to respond, so we can have some banter... I will try not to demean you as you did me to start this...

they don't make a DI engine ? I drove one, so I guess they make at least one and maybe more: http://www.edmunds.com/autoobserver-archive/2011/06/direct-injection-fouls-some-early-adopters.html

there were other reasons that made the Q5 unreliable for me, but that's a longer post.

Have a good day

Your post was light-hearted? Oh-ok. So was mine then. I thought I'd return the chuckle you gave me when I read "gooberment" in your post. Reading an article on Edmunds is nice. While Audi certainly makes a direct injected engine, it's not refered to as such, and not marketed as such. Only a TFSI or a TDI, but I suspect you'd know that.

I am glad you like the Ford, I've heard good things from truck buyers.

Have a good one.

More About the Explorer 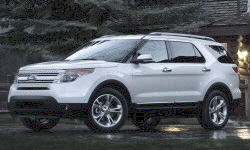 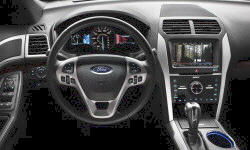