2002 Nissan Sentra Pros and Cons at TrueDelta: Why I am in a long-term relationship with my SE-R by armed_with_a_gunblade

Out of the last 3 Sentra generations the B15 is one of the most sleek and appealing to the eye. In the SE-R Spec V trim, the addition of Skyline GT-R-inspired front fascia, rear spoiler and stock 17" wheels adds sportiness to what can be considered a mere grocery-getter, and infuses the correct amount of sportiness without overdoing it. This is one of the few cars that doesn't need an aftermarket body kit or wheels to improve its appearance.

The "Lava" red and black interior appeals to the youthful side of you with a nice array of color without looking too tacky. The car is ergonomically friendly with enough storage spaces, and the red-face gauges are very visible at all times of day. The shift knob-with an SE-R emblem on it-is user-friendly and doesn't feel awkward when you grab it to shift gears. Everything is easily accessible.

If you want a naturally-aspirated 4 cylinder engine with torque that matches a V6, the QR25DE is the engine for you, and even more on the lightweight Sentra. Derived from the Altima, the QR25DE gives 175 bhp @ 6000 rpm and 180 lb/ft @ 4000 rpm, which gives the car some very welcome grunt in the low end and mid-range to be able to eat small and medium hills in 5th gear on rural roads and to be able to pass on the highway without a 6th to 4th downshift while mashing the go pedal. It may lack some top-end performance but what top end it lacks it makes up for monster torque when you need it most. Only thing that would make the QR perfect is a turbocharger.

For having a sport-tuned suspension with stiffer springs, larger sway bar (no rear sway bar on the B15 Sentras) and strut tower brace, the ride is not unforgiving at all. The car still retains the essence of a daily-driver economy car but it also has the ability to corner rather nimbly on the stock suspension. The NVH levels are within acceptable parameters (it's not a G35 sedan, y'know), the steering is quite responsive, and even with low-profile tires the road noise levels are low. It's a car that will allow you a very long drive in comfort, but it will also respond when you want some corner carving.

With MPG levels of 26 city/ 28 highway (even though you can go as far as 32 mpg highway and obtain an average of 26 mpg on mixed driving with the occasional engine redlining), the fuel economy of this car is pretty adequate. On stock form it will not drain your wallet, even when Nissan has the ECU tuned in the SE-R and SE-R Spec V to run a bit richer than in the Altima. It's no Prius but it's not as bad as, let's say, a modified Mazda rotary engine. Modifications like cold air intake and header will decrease some MPG but the change isn't too drastic either.

As good an engine as the QR25DE is, it's not a fault-free one. The QR25DE is infamous for ingesting pieces of the pre-catalytic converter in the exhaust manifold (thanks to not having an EGR system along with the richer tune in the ECU and the backpressure the exhaust system creates) and for ingesting the screws that hold the secondary intake manifold "butterfly valves" that activate upon the car reaching 5000 rpm. The sure-fire fixes are to replace the OEM manifold with a header (not the most legal option but it does save your engine) and applying LocTite to the butterfly screws. Take care of those two issues and the QR will be your best friend for years to come.

Nissan should have brought the Brembo option for the '02-'03 cars as well. Other than that, the brakes on these cars are really good.

While the Sentra is pretty capable on twisty roads, there are hindrances to its abilities. First is the ride height. The center of gravity rides a little too high on these cars. Second is the rear torsion beam suspension with no sway bar. Nissan attempted to compensate by spring rates but the car still tends to understeer. Third is the amount of torque steer, which could be better dampened. These cars are good handlers, don't get me wrong, but they have room for improvement. A set of aftermarket sway bars and coilovers or lowering springs is a very welcome addition.

As expected, there is widespread use of plastics in the interior (it's not a G35 sedan, y'know), and these tend to be prone to cracking over time, especially if you park outside all the time. The fit and finish is good, even though an occasional rattle can be heard. Also, the clips that hold both bumpers and front grills in place could have been better. The fit and finish isn't all that bad, though, the car's pretty solid despite these quirks.

More than the tires, it's the wheels. The gorgeous stock 17" five spoke wheels tend to be a bit too prone to breaking upon hard impacts. These was improved with the (heavier) 6-spoke design on '04-'06 cars, but the '02-'03 cars usually end with either a set of wheels from the '04-'06 cars, or with aftermarket wheels.

Why I chose this car? Why not? It had the features I wanted, the power I was looking for, the styling I like seeing in sport compacts and enough of that fun factor to make me smile every day I drive it! 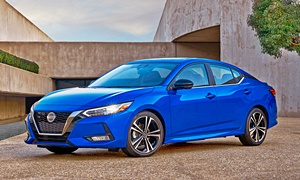 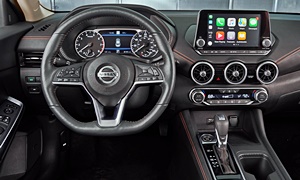