2008 BMW 3-Series Pros and Cons at TrueDelta: A Brand in Turmoil and desperate to preserve their identity (or find it) by Doobster6

After decades of building the world's most satisfying driver's cars BMW is devolving into a purveyor of promising vehicles, albeit plagued by insufficient reliability engineering. Competitors meanwhile have caught up and some (Cadillac) can rightfully argue that it is they who now build the ultimate driving machine. BMWs are still excellent cars but are plagued with silly engineering issues which should be avoidable this deep into the 21st century. When they run properly they are as good as anything out there (although not necessarily the best). Keeping them there requires a militant adherence to a thorough and sometimes fussy maintenance regimen which is still under minded by important components breaking anyway and stranding their owners.

The raisin d'eitres of BMWs is epitomized in this car. It is so composed and planted under all driving conditions and road surfaces. Once you become accustomed to it you have to drive something else in order to come back and truly appreciate it. Remarkable and once upon a time the exclusive province of BMW but since the middle 2000's other manufacturers have closed the gap, especially Cadillac.

A little firm perhaps but remarkably supple for a car that can carve corners like this one can. That has always been the magic of BMW, blending a comfortable ride with handling and road composure that set the standard.

No way this car puts out 'just' 300 hp or 300 lb-ft of torque; it's at least 330 and 340 respectively IMHO. No, I haven't dyno'ed the car but the way it pulls relentlessly on to its redline can actually get a little frightening. Cruising at 100 mph is effortless, and acceleration in almost any gear usually doesn't require a downshift. Turbo lag is almost non-existant. The car is just plain FAST, yet it can also return over 31 mpg on the highway!! Unbelievable.

Another hallmark of this marque. My car has the sports package and it's easy to find a perfect driving position (at least for my 5' 9" frame) and the outward visibility through all the glass and over the hood is awesome. Add to that the outstanding beautiful interior and wood trimming and it's a car you can spend all day in. I don't thing there's any better.

The E90 3-series is, IMHO, beautiful in the classic sense of BMW styling. For a while there Bangle had bungled all the bigger cars but the 3-series cars mostly survived him, although I think it's been somewhat lost again with the follow-on F30. This car has the classic 3-series wedge shape profile that makes the car look like it's moving when it's parked, and otherwise awesome proportions and lines. One penalty is a smallish trunk forced by those same sculpted shapes but my car has the fold-down seats to increase space when I need it.

The Achilles heel of all BMWs; reliability. They haven't made a reliable car since the mid 1980's. I am convinced that BMW 'engineers' their cars to barely scrape through the factory warranty period whereafter they care less what breaks. And in fact, as evidenced many times throughout the marque's history, they often let slip through some clunkers that even pound their own warranty claims. This car has the now infamous HPFP (high pressure fuel pump) failures, so egregious that BMW was forced to extend the warranty for this part to 10 years or 120k miles. My car is on its 3rd pump. But wait, there's more. Other ticking time bombs built into the car are its dainty piezo fuel injectors, turbo waste gates and of course, the turbos themselves, the latter of which will set you back THOUSANDS if one (of the two) goes. And of course, the electric water pumps lurk in the background too, waiting all the way to 65k miles before they strand you somewhere. As much as I love what the car is and what it can do, I almost 'hear' the ticking noises getting louder every day. Even though mine is a pristine low miles (44.5k) example, it's still now nine model years old, well out of warranty, and getting closer to 'the breaking points' with every passing day. Heck, they don't even take a jump-start well. My battery was accidentally drained while I was away on a two week vacation. The car jump-started exactly according to the owner's manual instructions but within minutes thought it was overheating and put the car into limp mode. Apparently, I was supposed to shut it down after a few minutes, not try to drive it for 30 minutes the way I have done for years to let the car recharge its own battery. No, no, no, you must let it run for fifteen minutes in the driveway, the shut it down, and THEN restart it so its multitude of onboard computers can properly reboot from their previous low-voltage condition. But nothing in the manual said that. Fussy, fussy, fussy little cars. The tragedy is that all of this should be avoidable this far into the 21st century. Every car should be able to get to 100k miles with no drama, and get to 250k miles with ordinary part replacement. That used to be true of BMWs.....not anymore. After this car, I'm out. There's too many really good cars out now (although fewer with manual shift) that make putting up with BMW's shenanigans unnecessary.Frankly, I'm thinking 2010-14 Acura TL SH-AWD 6-spd.....getting most of the cake, and getting to even eat most of it too.

And then there's maintenance costs. As part of the privilege of owning one of these little beauties one has to parade it in and out of shops for any number of fluid flushings, early spark plug replacements, etc. Have you heard about the walnut blast every 45k miles? Yup, direct injection promotes carbon deposit buildup on valves that can be blown away with the $750 treatment, recommended by my BMW specialist shop about every 45k miles. Wonderful. And you better not skip anything either. Somehow the car's know and accelerate their decent into limp-mode decrepitude that much faster to punish you for your negligence.

My last gripe has to do with the car's inferior Bluetooth integration. Four years earlier I had owned an '07 Infiniti G35x with high technology and theirs worked flawlessly. BMW's phone Bluetooth works superbly when it wants to.The problem is that it chooses all too often to stop working, and it requires IBM's 'Big Blue' to figure out how to get it to re-pair with the phone. Drives me nuts.

What's happening to BMW is a crying shame, although not unpredictable. Forty years ago BMW launched their tag line company slogan of building 'The Ultimate Drving Machine', a reputation they had a lock on right up until about ten years ago. I guess there's only so much that can be done to tame the laws of physics surrounding how to control large moving masses and it was inevitable that others would eventually figure it out. BMW is chasing marginal improvements to what is already an unbelievable level of performance while ignoring factors that should no longer go ignored. Marginal, fragile designs like Nikasil engine blocks (mid 1990's) have morphed into a litany of successive disappointments model introduction after model introduction. Where owners of Japanese and (nowadays) even domestic cars enjoy relatively trouble free drving for tens of thousands of miles, BMW harnesses their loyal customers as beta-test extensions of what should have been a more robust reliability engineering lab, leaving them to expose their cars' design flaws. It's a pity. It takes years to build an iconic brand like 'Jeep', 'Corvette', 'Porsche' or 'BMW'. One shouldn't take such an achievement for granted but I'm who believes BMW has.

Yup, as I said, after this car, I'm out, and that will hopefully be any day now. I recently test drove a used Acura TL SH-AWD 6-sped and it provides 95% of the satisfaction of my 335xi, with a bigger interior, and NONE of the BMW's known design weaknesses. Its maintenance schedule is peanuts compared to the BMW, with one $1,500 timing belt and major service due at 105k miles. My 335xi, with less miles, costs about that much every year, and I worry constantly of what expensive bit of kit might break at any moment and leave me stranded. With lots of other cars to choose from now that just about match the BMW, there's just no need to put up with it anymore.

Wow. outstanding review. The only thing missing is some pics :)

Damn. How could anyone buy a BMW after reading this review. I still cannot bring myself to buy anything but Japanese cars (Toyota specifically.) I just don't have the wallet for other brands.

Thanks for such an in-depth review.

More About the 3-Series 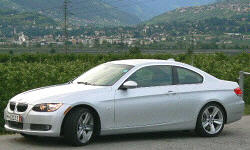 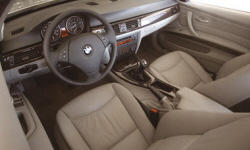