front seat for a tall large guy is terrible this is why i got a BMW instead 2 years ago, my wife is using the Toyota

this car is very reliable, the only parts which was replaced under warranty was the fuel cap which the "audible click" stopped working but the dealer forced it and it appeared to be working. They offered to replace the cap anyway under warranty then... which i accepted.

the battery went dead after 7 years which is normal.

This one is complicated... car has plenty of power and fun to drive. the only thing that I do not like is that the pedal is too sensitive on the starts. You have to be very gentle when you start from a stop because it will shake you, acceleration is too much and it is difficult to have a smooth start. This is really annoying.

bought the car in 2011 and styling is still uptodate. I really like the Matrix XRS...

like I explained in my pro review the gas pedal is too sensitive. I mean really too sensitie.

took to the dealer twice and complained but they could not do anything....

I considered getting rid of the car due to back pain, but my wife is using it now, I got a BMW

The touchy throttle tip from a stop has plague Toyota's since the turn of the century. Might explain in part their problems with Sudden Accleration from last decade. Now Toyota has Subaru as a partner, Subarus are now too touchy. A guy at has the Vibe version and really likes i

Norm, it is interesting how you say the Toyota Matrix isn't a good car because of the touchy throttle, but "a guy" likes his Toyota-made, GM-badged Pontiac Vibe, which is the same exact car.

If you ever have unintended acceleration, put it in neutral, pull over, and turn it off. In a Prius, hold the gear lever in neutral for a few seconds. It was a hoax after all caused by human error. At least Toyota recalled it when they heard reports of this problem.

It's All Your Fault: The DOT Renders Its Verdict on Toyota's Unintended-Acceleration Scare

Maybe you shouldn't tip a few back before posting because I didn't say anything about Matrix being bad. All Toyota software doesn't have engineering depth of a simple fail safe in the electronic throttle body. So it goes in a fritz and does leave a paper trail of fail parameters.

There were many articles written on it and case studies. But you can't blame Toyota.

More About the Matrix 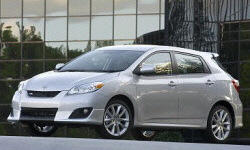 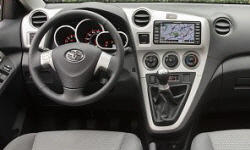