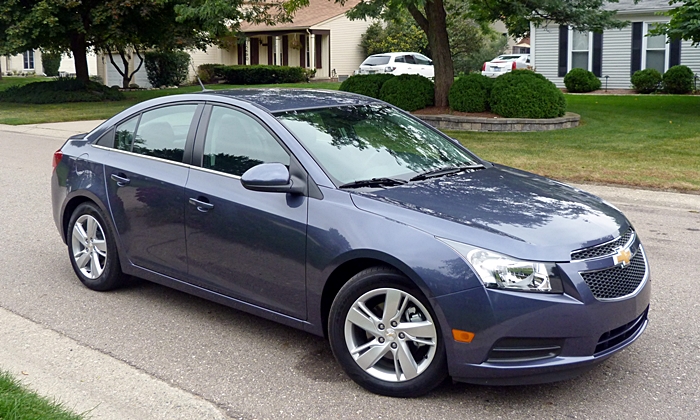 Over half the cars sold in Europe are diesel-powered. But if you wanted such a car in the U.S. at an affordable price, Volkswagen has been your only option. Until this year. Chevrolet has started offering its Cruze compact sedan (but not the more attractive and more functional hatch and wagon offered elsewhere, alas) with a diesel engine. How does it stack up against the VW Jetta TDI? 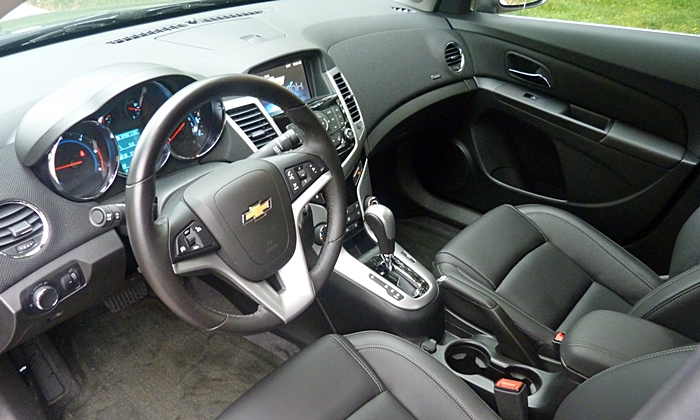 It might seem obvious that the primary reason for buying the Cruze Diesel would be fuel economy. But this comes with a caveat.

The Cruze Diesel gets outstanding fuel economy in highway driving, with a 46 mpg score in the EPA's test. On a drive from Detroit to Chicago and back the trip computer reported 48.5 mpg on the way there, with an average speed of 70 mph, and 45.8 on the return, when I drove a little more quickly.

The Jetta TDI's highway EPA rating is a little lower, 42. But its trip computer average after a short stint on the highway suggests real-world highway fuel economy at least as good as that of the Chevrolet. The gas-powered Cruze 1.4T with an automatic transmission can't match the diesels, with an EPA highway rating of 38 (39 in Eco form). With a manual it comes closer, 42.

In town, the Cruze Diesel doesn't fare so well, with an EPA city rating of 27 compared to the Jetta TDI's 30 and the gas-powered Cruze 1.4T's 26. The trip computer reported suburban averages as high as 41.9 mpg, but this required a very little foot and good luck with traffic lights. Most often the suburban trip computer averages were a little over 30, or even a couple mpg below. Somewhat disappointing.

It should be noted that diesel tends to cost considerably more than regular gas.

When it was introduced three years ago, the Cruze impressed with the quality of its interior materials and the solidity of its construction. Since then a few others have largely caught up, but the Jetta is not among them. Though its body structure seems solid, the Volkswagen's interior materials don't look or feel as high in quality.

Much vinyl just about passes for leather lately. But the stuff in the Jetta has a petroleum-based sheen and feels rubbery. The Cruze Diesel has standard leather upholstery; hides aren't available in the Jetta TDI.

This said, I'm not sure Chevrolet should have made leather standard in the Diesel. The thick textured cloth standard in the gas-powered Cruze has a warmer look and feel than the leather. With it the seats feel more contoured and provide better support in turns.

Also, even with leather the instrument and door panels have cloth trim. Cloth on the instrument panel strikes some people as bizarre, even when the seats are also cloth, and especially when they're not. Personally, I appreciate that Chevrolet tried to do something different than the usual plastic dash. My main concern is that the cloth shows dirt and dust quite easily, and it's not obvious how best to clean it. 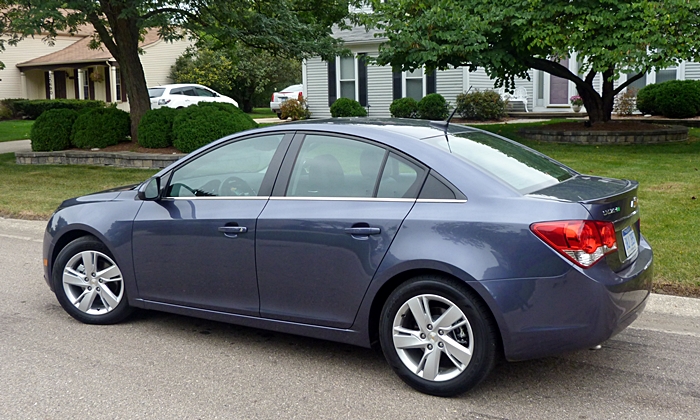 If you look closely you can spot the little green Diesel badge on the trunk. 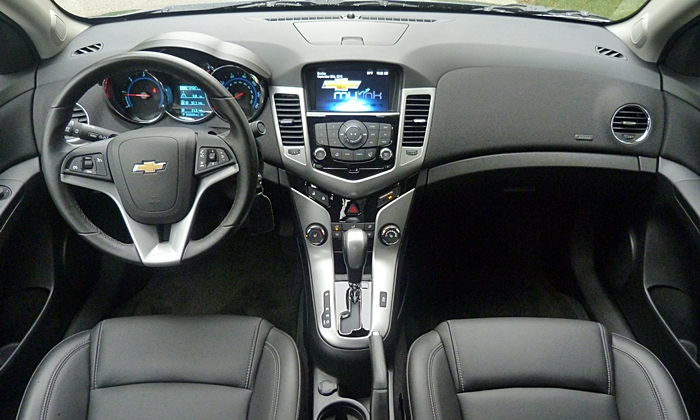 The Cruze is quieter and more refined than the Jetta, and than most other compact sedans. Highway miles pass effortlessly, and around town the outside world is kept at bay.

But the diesel engine doesn't do its part. It's noisier and less smooth than other current diesel engines, including that in the Jetta. At idle it clatters, and its vibrations can be felt through the steering wheel and seat.

The Cruze's rear seat is among the tightest in a compact sedan, and the diesel engine doesn't affect this. Though rear seat headroom is abundant, adults will feel a bit cramped even behind a driver of average height. The Jetta's rear seat has a little less headroom but far more legroom. So the best option depends on whether your rear seat passengers have long legs or long torsos.

The Cruze normally has a smooth, stable, well-damped ride. So I was quite surprised when driving the Cruze Diesel by the amount of bobbling about provoked by uneven road surfaces. It seems Chevrolet didn't retune the suspension thoroughly enough to compensate for the diesel engine's additional 373 pounds. The Jetta doesn't feel as luxurious, but it does ride more steadily. 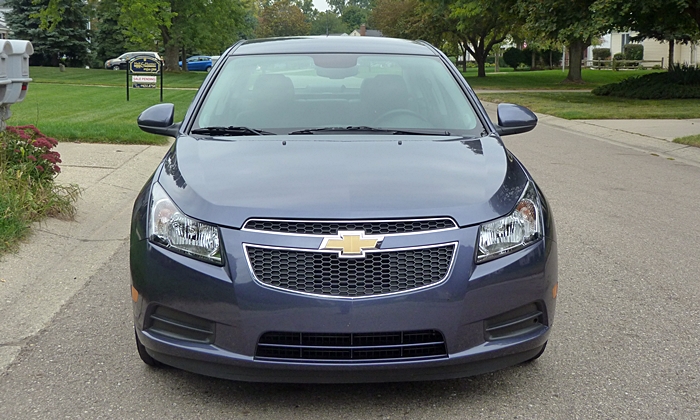 Nothing objectionable unless you don't care for big gold bowties. 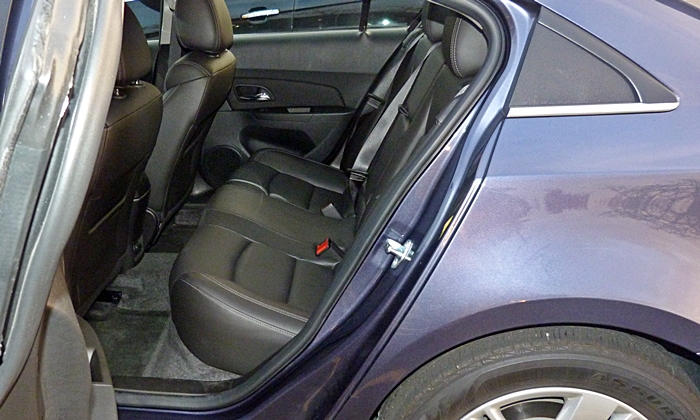 The additional mass in the Cruze Diesel's nose also does no favors for the car's handling. In all but the most casual driving the car wants to plow, and the efficiency-oriented tires don't grip the road well. Even with the gas engine the Cruze's steering feels numb.

Though the Jetta's steering wheel is from from chatty, its steering does feel tighter and more precise. The Volkswagen's curb weight is much lower, 3,210 vs. 3,475 lbs., and this is evident in how it handles, with a much lighter, more agile feel than the Chevrolet. Some people didn't care for the 2011-2013 Jetta's twist beam rear axle, but it's been supplanted by an independent rear suspension for 2014. It's not clear that this made a large difference, but the twist beam's critics will be pleased.

When questioned about the middling EPA city figure, Chevrolet suggests that the Cruze Diesel should be bought for its performance as much as its efficiency. In an odd turn, the diesel engine happens to have 13 more horsepower than the gas-powered Cruze, 151 vs. 138. This even though diesels don't excel at peak power, since they cannot rev as high as gas engines. How might this be? Well, the diesel engine is much larger, 2.0 vs. 1.4 liters.

Diesel engines do excel at midrange power, and that in the Cruze is no exception, with 264 lb-ft of torque at 2,600 rpm (and 280 during ten seconds of "overboost") vs. the 1.4T's 148 lb-ft at 1,850. However, in practice, the diesel seems only a little quicker than the regular Cruze, and there's more lag while the engine's fuel system reacts to the instructions of your right foot and its larger turbo spools up. Both engines have modest oomph at highway speeds.

There's also some initial lag in the Jetta TDI, but its dual-clutch automated manual transmission is far more responsive than the Chevrolet's conventional six-speed automatic. Add this to the Volkswagen's more nimble handling, and it's considerably more fun to drive.

Both the Cruze and Jetta are fairly plain-looking cars. The Chevrolet appears more upscale than the VW when fitted with the LTZ's five-spoke 18-inch wheels, but the Diesel is only availble with the 17s you see here. I much prefer the styling of the hatchback and wagon, especially as these don't have the black plastic triangle that mucks up the sedan's rear pillar, but these body styles are not offered in North America.

Anticipating low volume, Chevrolet only offers the Cruze Diesel with a healthy amount of standard equipment, including leather, yielding a $25,695 base price. The similarly equipped Cruze 2LT lists for $2,390 less.

The Jetta TDI starts $580 lower than the Cruze Diesel, but isn't as well equipped. Adjust for feature differences--most significantly the Cruze's leather seats--and the Chevrolet is priced about $1,200 lower.

GM deserves credit for offering the Cruze Diesel in North America. But, unlike the diesels offered by VW and the German luxury makes, this one is hard to justify. It costs much more than its gas counterpart, but isn't much more efficient in suburban driving, while riding and handling considerably worse. If the car does not sell well, I'd blame these shortcomings and not lack of demand for diesels. GM has turned out some outstanding new products lately, and I hope they more fully apply their talent to offering better-performing diesel cars in North America. 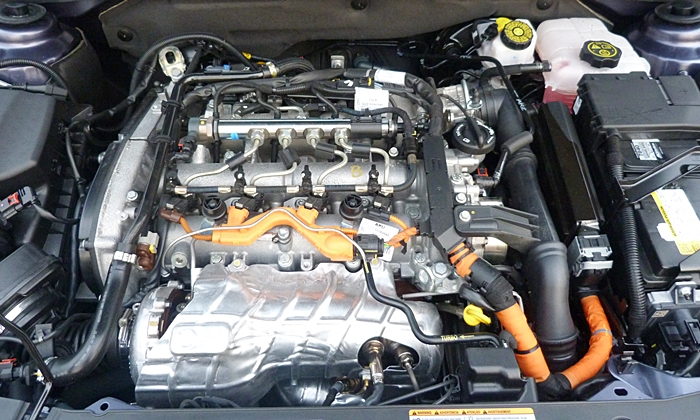 Among other things, the $2,390 higher price for the diesel pays for fancy fuel injection hardware. 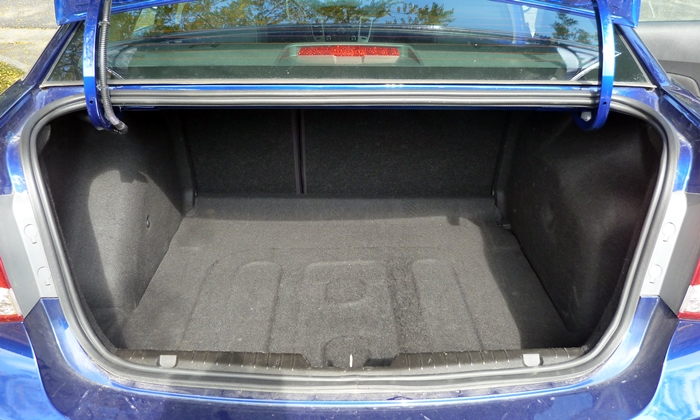 The Cruze's trunk is much more competitive than its rear seat, if still a big short of the Jetta's.

Chevrolet provided a insured car for a week with a tank of diesel. Ashley Calvin at Suburban Imports of Farmingon Hills (MI) helpfully provided a VW Jetta TDI for a test drive. Her direct line: 248-741-7982.

More About the Cruze 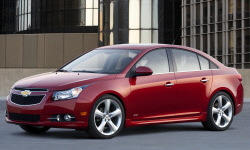 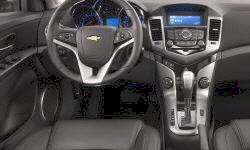