The 2002 Focus Zetec has been relatively reliable - however, one nice thing is that almost everything that has failed on it has been fairly inexpensive and a well known issue - i.e. The themostat housing, the ignition coil module, the transmission speed sensor, the alternator, the radiator fan resistor.

Hard to categorize, but I didn't put a lot of thought into the 2002 Focus when I bought it. I needed a new car and it was about the smallest and least expensive car that Ford made. Now it is 12-years old and I am considering replacing it, and there aren't many cars out there that I like better - which says a lot for it.

The timing belt on the Zetec is not a chain, but it only has to be replace at 120K mile intervals. Also - it is a non-interference engine, so even if it fails, it won't damage the valvetrain.

The temperature gauge is inaccurate and the cooling system is weak. I use an Ultraguage with it. The thermostat housing is a well-known problem as is the cooling fan relay. Even with those working temperature will fluctuate between 200 and 235-degrees F, which seems high to me. Never caused any issues and never stays above 220 F for long, though. However, the temperature gauge never goes beyond thet mid-point, even though I can see the engine temp is over 230 and can smell a hint of antifreeze cooking off. 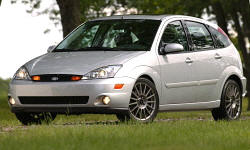 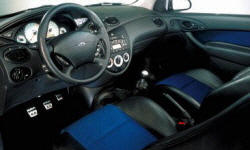