2018 Mitsubishi Eclipse Cross Pros and Cons: Why (Not) This Car? 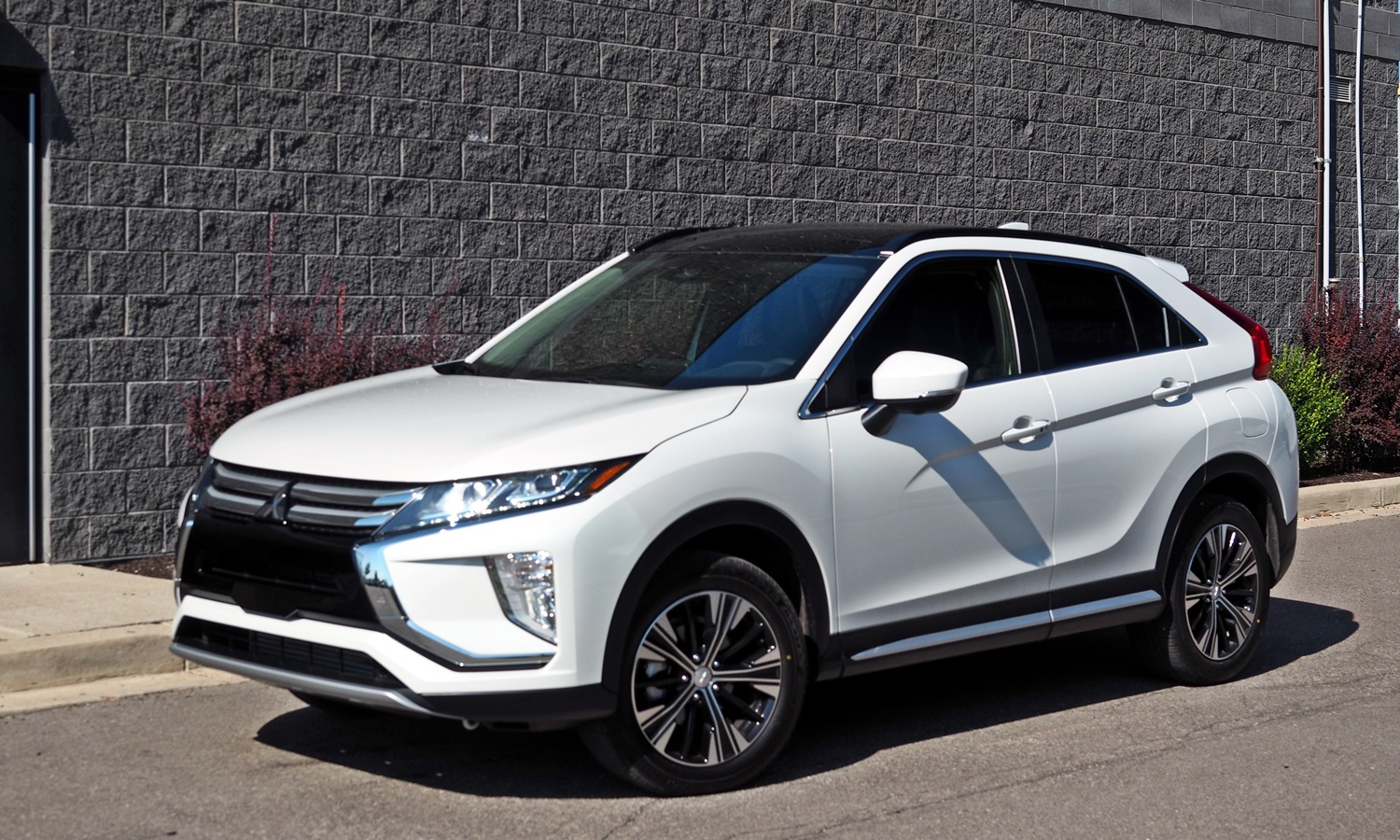 If you're not a top-of-mind brand in the auto business, you'd better offer something clearly better than the others to get shoppers to even remember you exist. Mitsubishi is the opposite of top-of-mind. They were never big in North America, and from 2002 to 2009 their annual sales plummeted by nearly 85 percent, to just 54,000 vehicles. In recent years they've been clawing their way back, but their mindshare still borders on nonexistent. Maybe a new model will help? For 2018 they introduced the Eclipse Cross.

Don't let the name fool you: the new model has little if anything in common with the Eclipse that enjoyed a brilliant start back in 1989 only to grow fat and ugly in subsequent generations, finally dying off in 2012. The "Cross" should clue you in: the new model is a crossover, not a sports coupe.

Sitting between the related Outlander Sport and Outlander (and sharing a dozen-year-old platform with them), the Eclipse Cross falls between the subcompact and compact crossover classes, where it most directly competes with the Hyundai Tuscon and Kia Sportage. Like Mitsubishi, Hyundai and Kia used to rely on low prices, long warranties, and easy credit to sell cars. But lately the Koreans have been fielding cars that sell based on their merits.

Does the Eclipse Cross deserve to do the same? Does it do something so much better than the Tuscon (and other alternatives) that car buyers should remember to visit a Mitsubishi dealer before making their purchase decision? 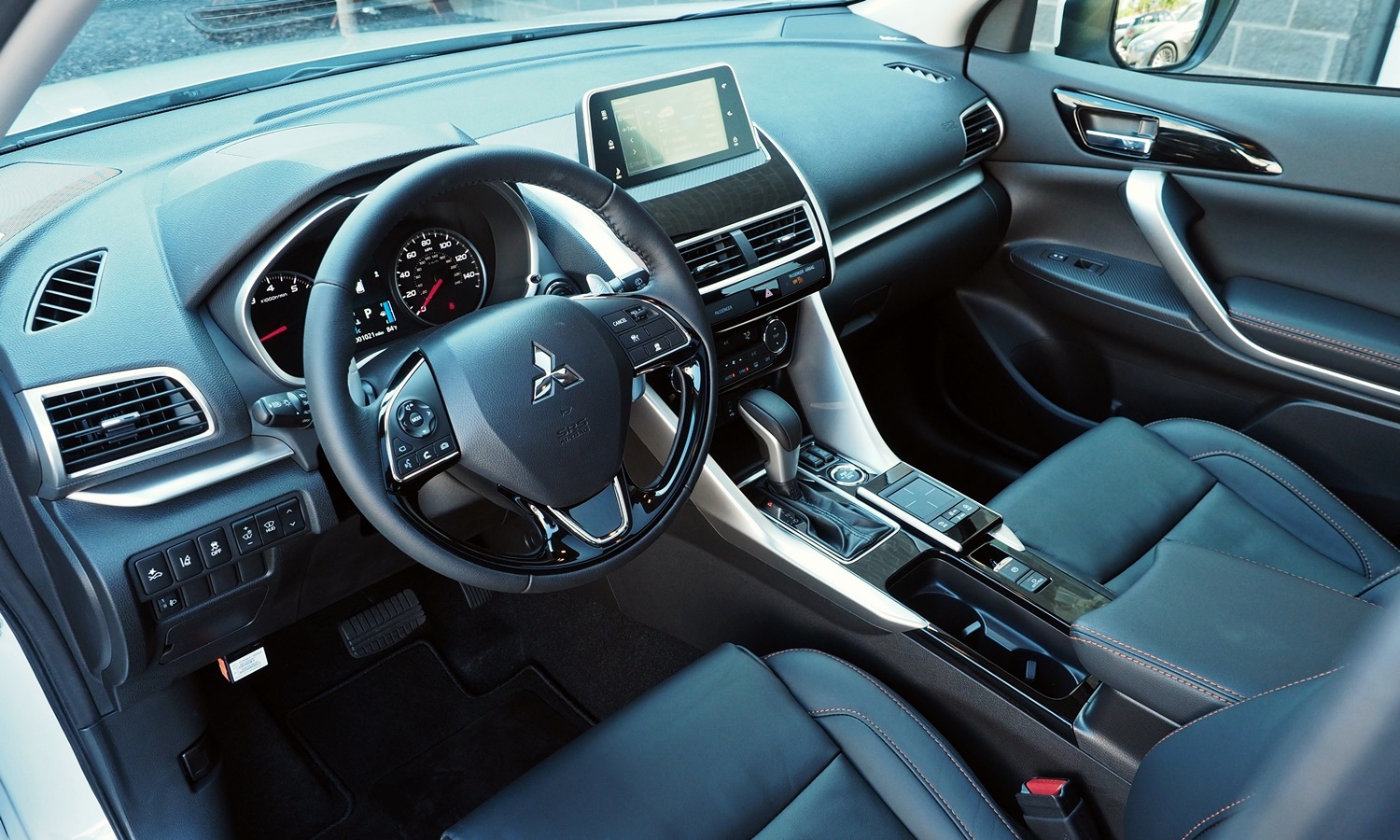 At first glance, a stylish, au courant interior. But some materials feel downscale.

If you've come to this review seeking suspense, sorry, you've come to the wrong place. I've tried to come up with even one reason to buy a Mitsubishi Eclipse Cross instead of a Hyundai Tuscon--not the highest bar--but I don't have much.

The best reason to buy the Mitsubishi: it comes with a 5/60 warranty on nearly the entire car and (for the original owner) a 10/100 warranty on the powertrain. But so does the Hyundai.

Because the Eclipse Cross isn't in high demand (unlike more popular compact crossovers), Mitsubishi dealers have to discount them fairly heavily to sell them--the tested SEL S-AWC by about $3,700 according to TrueCar. But discounts on the 2018 Hyundai Tucson tend to be even larger, about $5,100. 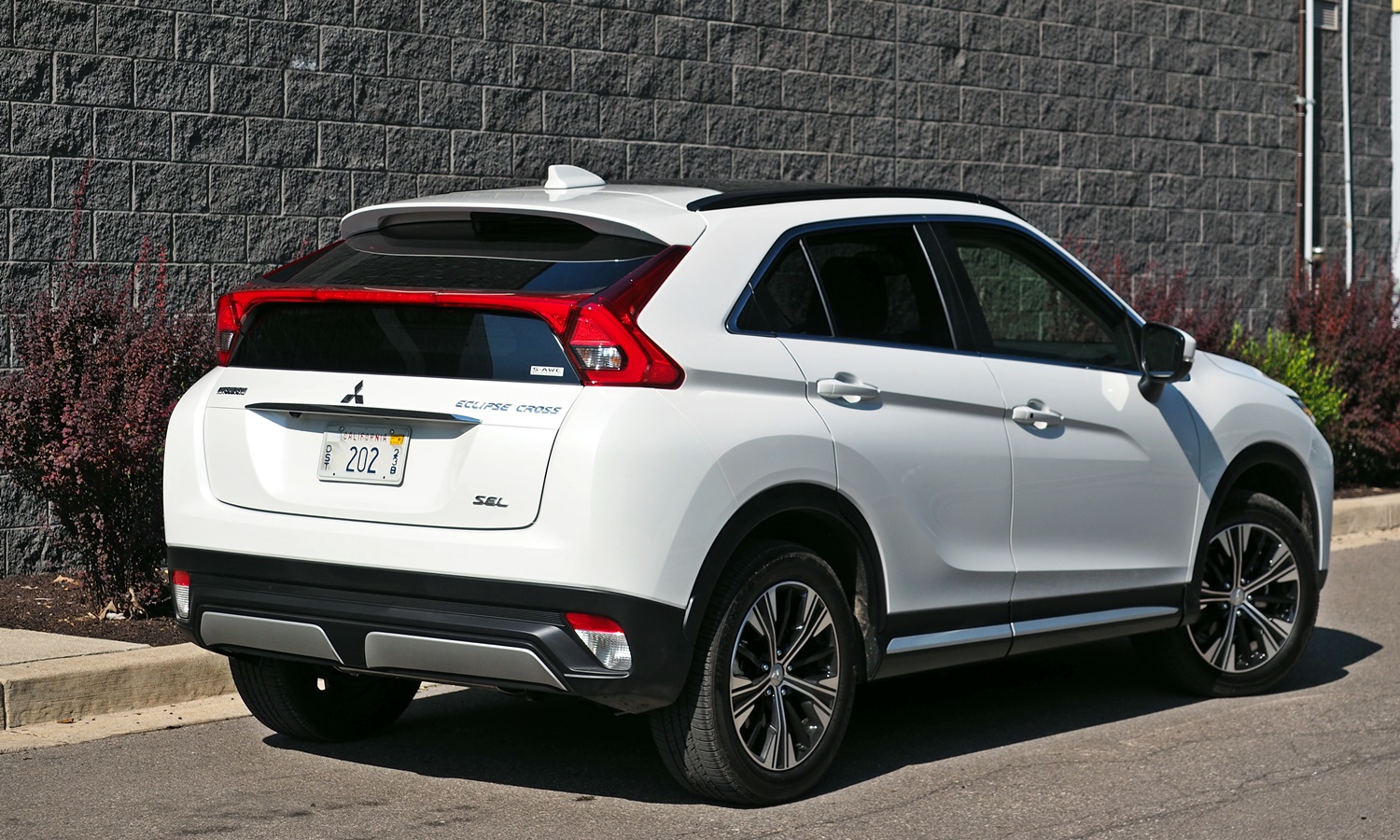 A distinctive rear end. Possibly the look Pontiac was aiming for with the Aztek, but much better. 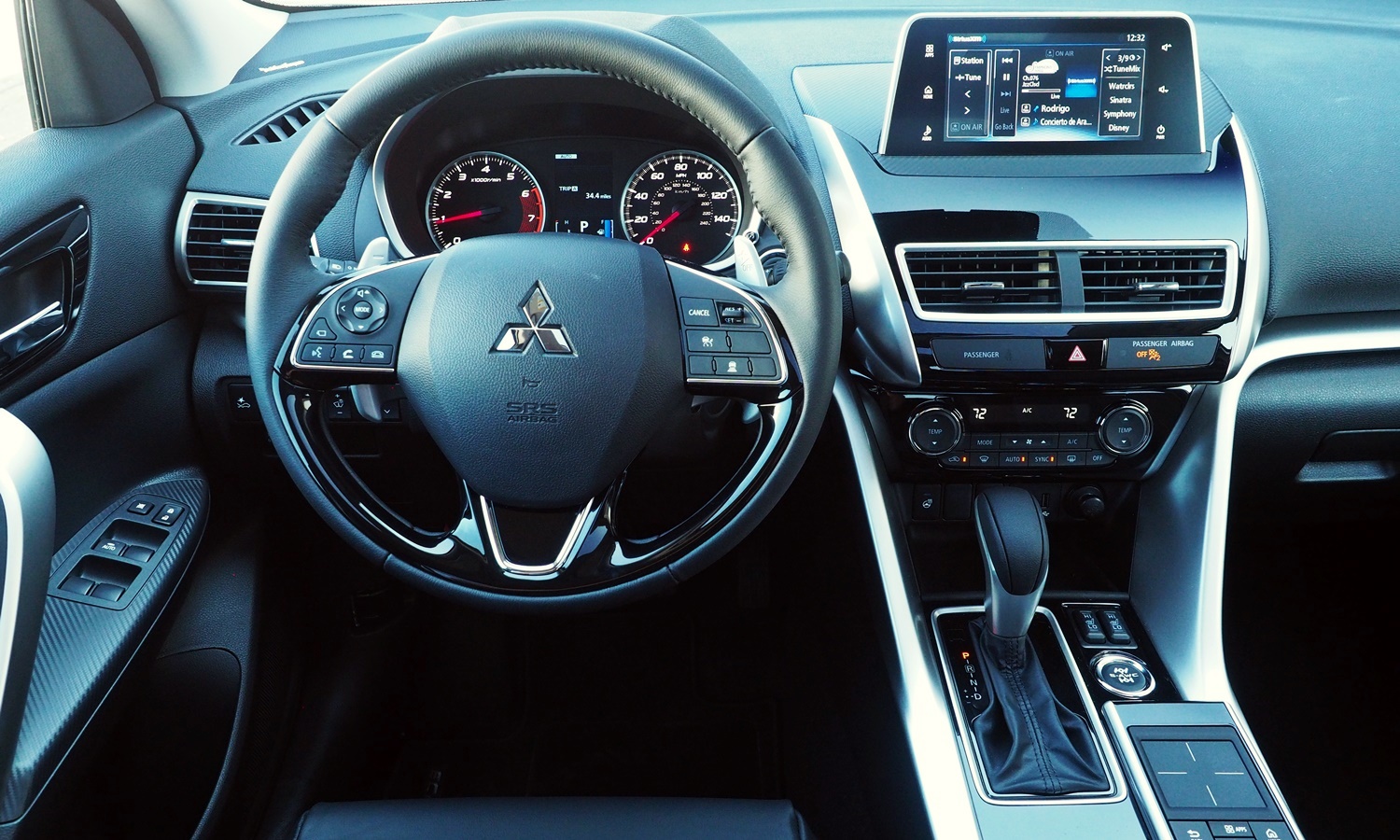 Lexus-like infotainment interface manages to be even worse than the original.

For the 2018 model year, Mitsubishi offered some features on the Eclipse Cross that Hyundai did not offer on the Tucson, including auto-dimming LED headlights, automatic wipers, an around-view camera system, and adaptive cruise control. However, these features are available on the updated 2019 Tucson. A rudimentary head-up display (HUD) remains available on the Eclipse Cross but not the Tucson.

Even in 2018, Hyundai offered some features on the Tucson that Mitsubishi still does not offer on the Eclipse Cross, including ventilated front seats, a navigation system, and a hands-free power tailgate. Both offer Android Auto and Apple Carplay compatibility, the Mitsubishi on upper trim levels, the Hyundai on all of them.

If you want a full array of collision avoidance tech, such as forward collision warning, automatic braking, and lane departure warning on the Eclipse Cross, you must order the top SEL trim with the $2,500 Touring Package. You had to do much the same on the 2018 Tucson. But for 2019 Hyundai has made these features standard on even the cheapest Tucson. Overall, the Mitsubishi might have enjoyed an advantage in feature availability for 2018, but this advantage goes away with the 2019s.

As the feature counts of cars' infotainment systems have exploded, auto makers have been striving to create clear, intuitive, easy-to-operate infotainment interfaces. Many have failed miserably.

To avoid failure, why not just copy the best? Mitsubishi does appear to have done some copying--but not of the best. Instead, for the new system in the Eclipse Cross they appear to have copied Lexus's touchpad-based system, one of the worst, and made even more of a mess of it. I found the interface's menus far from intuitive and its touchpad, like Lexus's, difficult to operate precisely while driving. Hit a bump and you'll likely select something other than you intended to select. Plus there's no volume knob. Get used to using the switch on the steering wheel.

In contrast, Hyundai's controls have long been among the simplest and easiest to operate.

The Mitsubishi Eclipse Cross is not entirely new. Instead, it's based on the same aging "GS" platform that has underpinned the Outlander for a dozen years. Not that this platform doesn't have potential: it also underpinned the final generation of the Lancer Evolution (introduced as a 2008).

But this potential hasn't been realized, not even close. A hint of sportiness can be found in the quickness of the Eclipse Cross's steering. And a brake-based torque vectoring system effectively pivots the vehicle in tight, low-speed turns. But the steering feels overly light, the suspension poorly controls lean and other body motions, and the tires give up early. Not fun.

The Hyundai Tucson doesn't feel at all sporty, but it drives more pleasantly than the Eclipse Cross, with much better control over body motions. 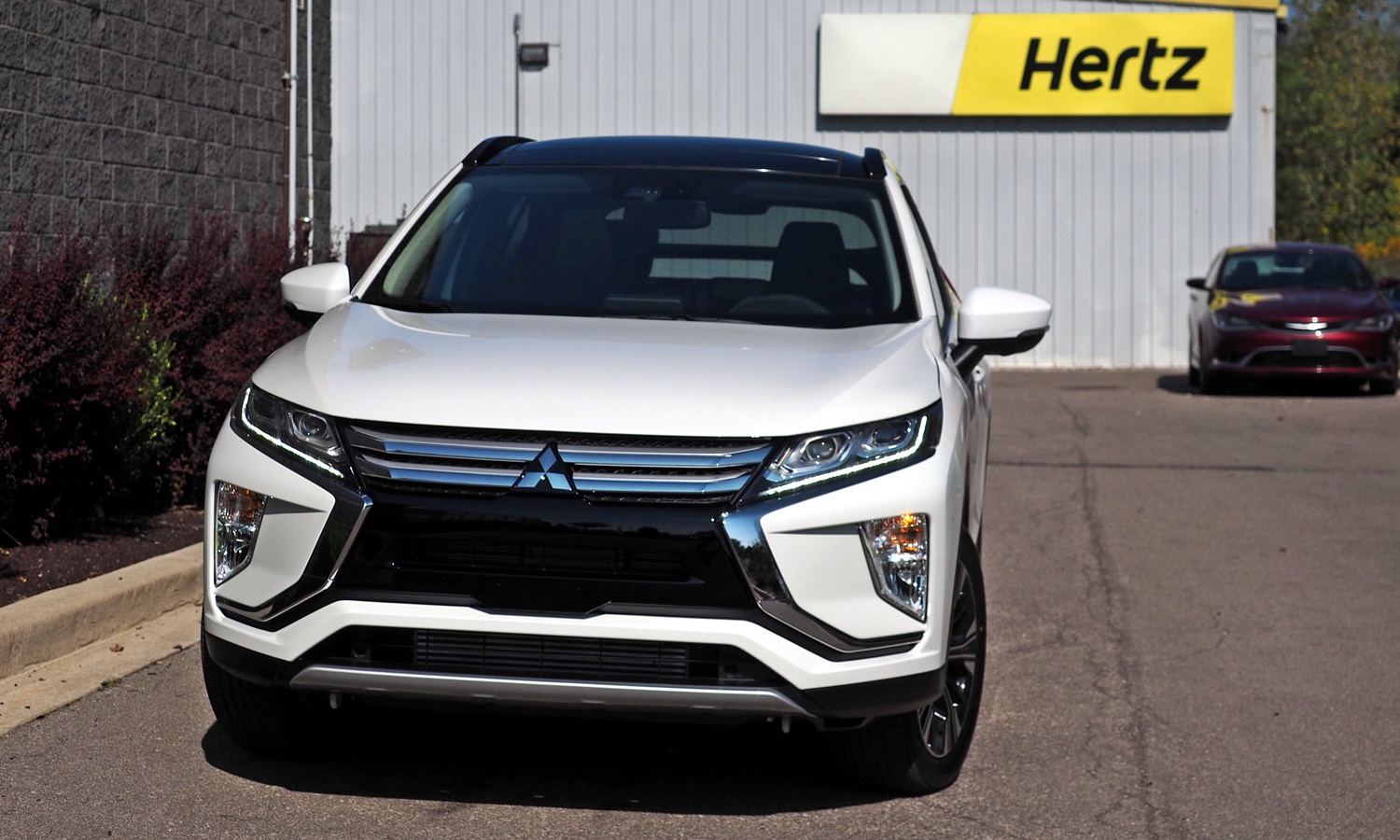 As current front end's go, this one isn't unattractive. Sophisticated, even? 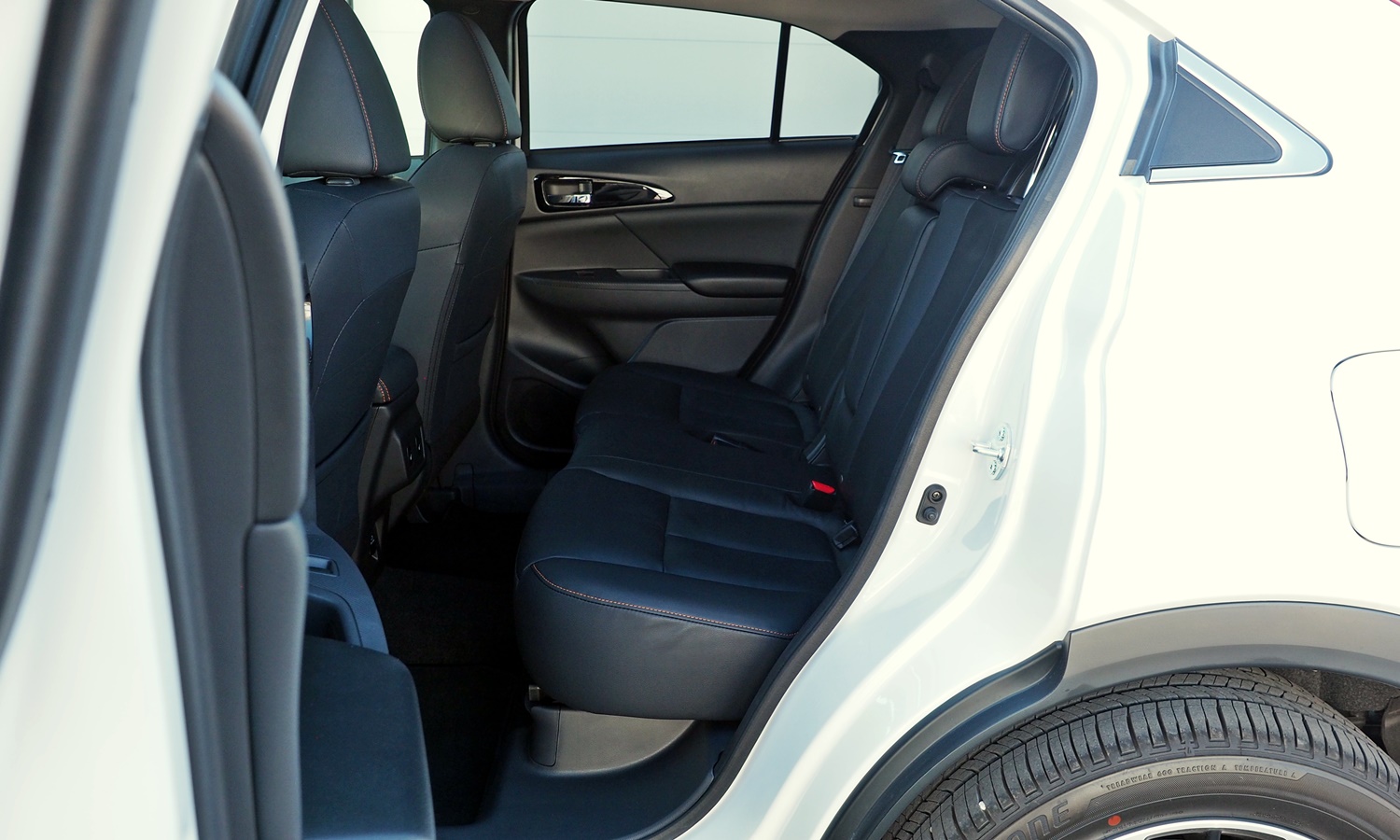 Adequate rear seat if no one is tall. Others are roomier.

Vehicle chassis engineers must make tradeoffs between handling and ride quality. They often sacrifice one so the car can excel at the other. For example, while the Hyundai Tucson doesn't feel as sporty as a Mazda CX-5, it rides more smoothly and quietly.

With the Eclipse Cross, Mitsubishi's chassis engineers managed to sacrifice both handling and ride quality for...something else? If anything, the crossover's ride quality will bother more people than its handling will. The Eclipse Cross's rear-end bounces about on all but the smoothest roads.

Though Mitsubishi pulled the Eclipse Cross's chassis out of the parts bin, it did develop an all-new engine for the crossover. The direct-injected 1.5-liter turbocharged four-cylinder engine can kick out 152 horsepower. While enough for typical driving, ask for anything beyond adequate and the Eclipse Cross feels weak.

The 164-horsepower (161 for 2019) non-turbocharged 2.0-liter engine in the Hyundai Tucson feels little if any stronger. But, unlike Mitsubishi, Hyundai offers other engines. Uplevel 2018 Tucsons were fitted with a 175-horsepower 1.6-liter turbocharged engine or, in the Sport, a 181-horsepower 2.4-liter engine. For 2019 the 1.6T engine has been replaced entirely by the 2.4. Either engine feels much stronger than the Mitsubishi 1.5T.

As CVTs go, the Eclipse's isn't bad. You can even manually shift it among eight simulated gears. But most people will prefer the feel of Hyundai's stepped-gear transmissions.

Compared to Mitsubishi's other crossovers, the Eclipse Cross appears sportier, more up-to-date, and simply more attractive. Especially towards the rear it has the edgy / sporty look Pontiac was aiming for with the Aztek, but that Mitsubishi has executed much better.

The Tucson's design is much cleaner but less distinctive. Which is more attractive is a matter of personal taste. But neither looks good with the smaller wheels that attend their lower trim levels.

Auto makers have been shifting to turbocharged engines because these have the potential to be more fuel-efficient. But the new turbocharged 1.5-liter engine Mitsubishi developed for the Eclipse Cross delivers little more here than in performance. In base trim with front-wheel-drive, the crossover managed 26 mpg city and 29 mpg highway in the EPA's tests. Other trim levels lose an mpg in each test. Add all-wheel-drive and the figures drop to 25 city and 26 highway. This highway figure...isn't good.

Hyundai cut the 1.6T--the Tucson's most efficient engine option--for 2019. Both of the engines that carried over make the Mitsubishi seem efficient in city driving.

But these aren't your only two options. Like Mitsubishi, Honda offers a 1.5T engine hitched to a CVT in its compact crossover. But, despite being far more powerful (190 horsepower), the Honda engine scores far better in the EPA's tests: 28/34 with FWD and 27/33 with AWD.

Four adults of average size will fit in the Mitsubishi Eclipse Cross. But other compact crossovers, including the Hyundai Tucson, offer much more legroom.

Given that it does nothing especially well, the Mitsubishi Eclipse Cross better cost much less than competitors. Well, it doesn't. Comparing base trims, the Hyundai Tucson lists for $760 less ($23,530 vs. $24,290) yet includes about $550 in additional content, for a feature-adjusted difference over $1,300. Compare the top trim levels with all options, and the Mitsubishi does list for $2,175 less ($33,095 vs. $35,270), but the Hyundai includes about $700 in additional features PLUS a much stronger engine, so it still seems like at least as good a value.

Any price advantage the Eclipse Cross might have had for 2018 disappears for 2019, as Hyundai is adding content to the Tucson without increasing its base price much. It has even cut the prices of the top trim levels, probably to reflect the replacement of the 1.6T engine with the cheaper-to-make non-turbo 2.4.

Mitsubishi has fielded some fun cars in the past, and an especially fun-to-drive compact crossover might have outflanked competitors. But the new Eclipse Cross does nothing especially well and a few things somewhat badly. It's not an awful car, but unless you can get a far better deal on one than on any competitor, or you're smitten by its styling, there are better choices.

The Hyundai Tucson doesn't stand above the crowd in any way, either. But compared to the Eclipse Cross it's a roomier, smoother, quieter, more refined vehicle. And for 2019 the Tucson gains additional content that makes it an even better value.

Discounts and incentives could make the Mitsubishi Eclipse Cross's price more attractive, so if a low price and long warranty are what matter most to you it might be worthwhile to see how low your dealer can go. 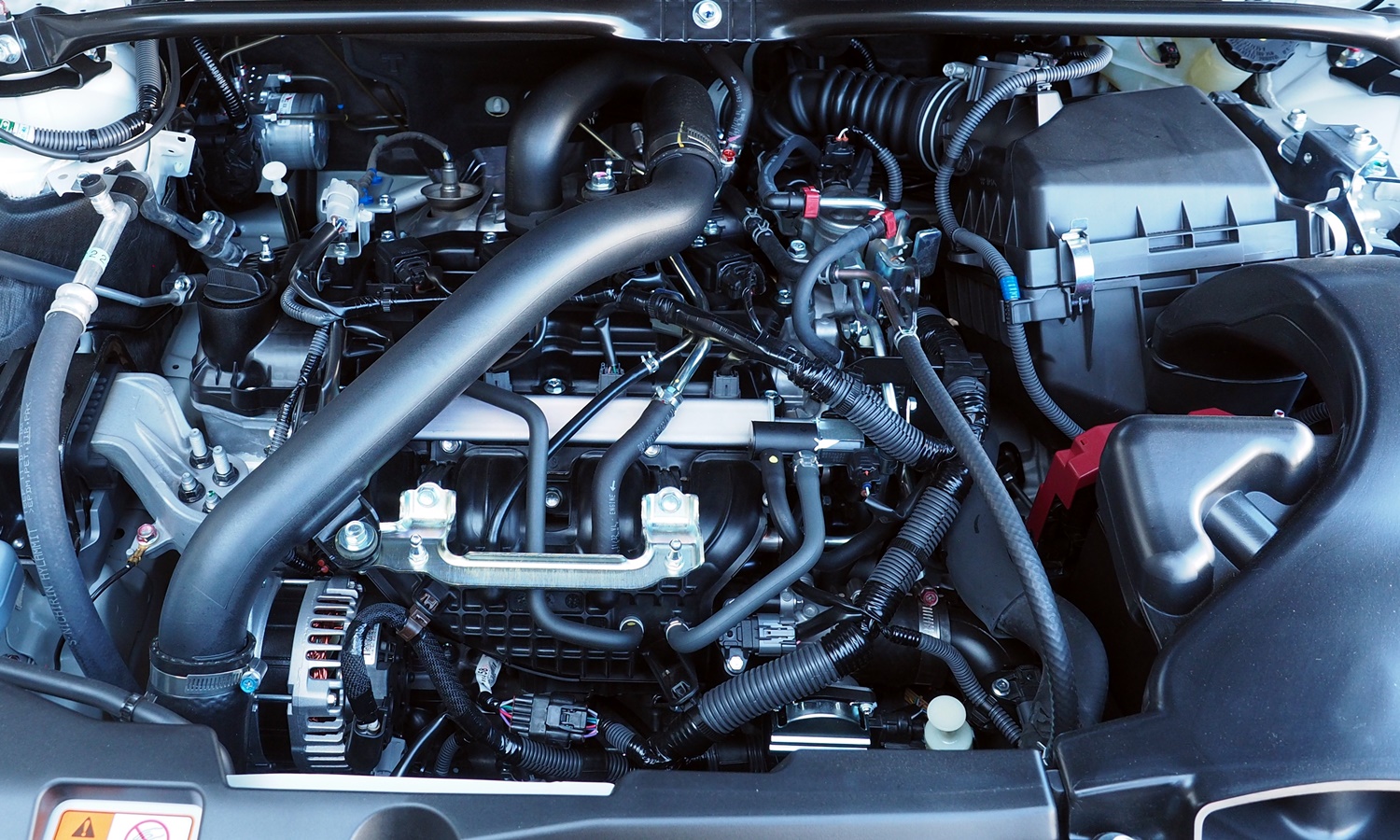 An all-new engine, this 1.5T is neither powerful nor especially efficient. 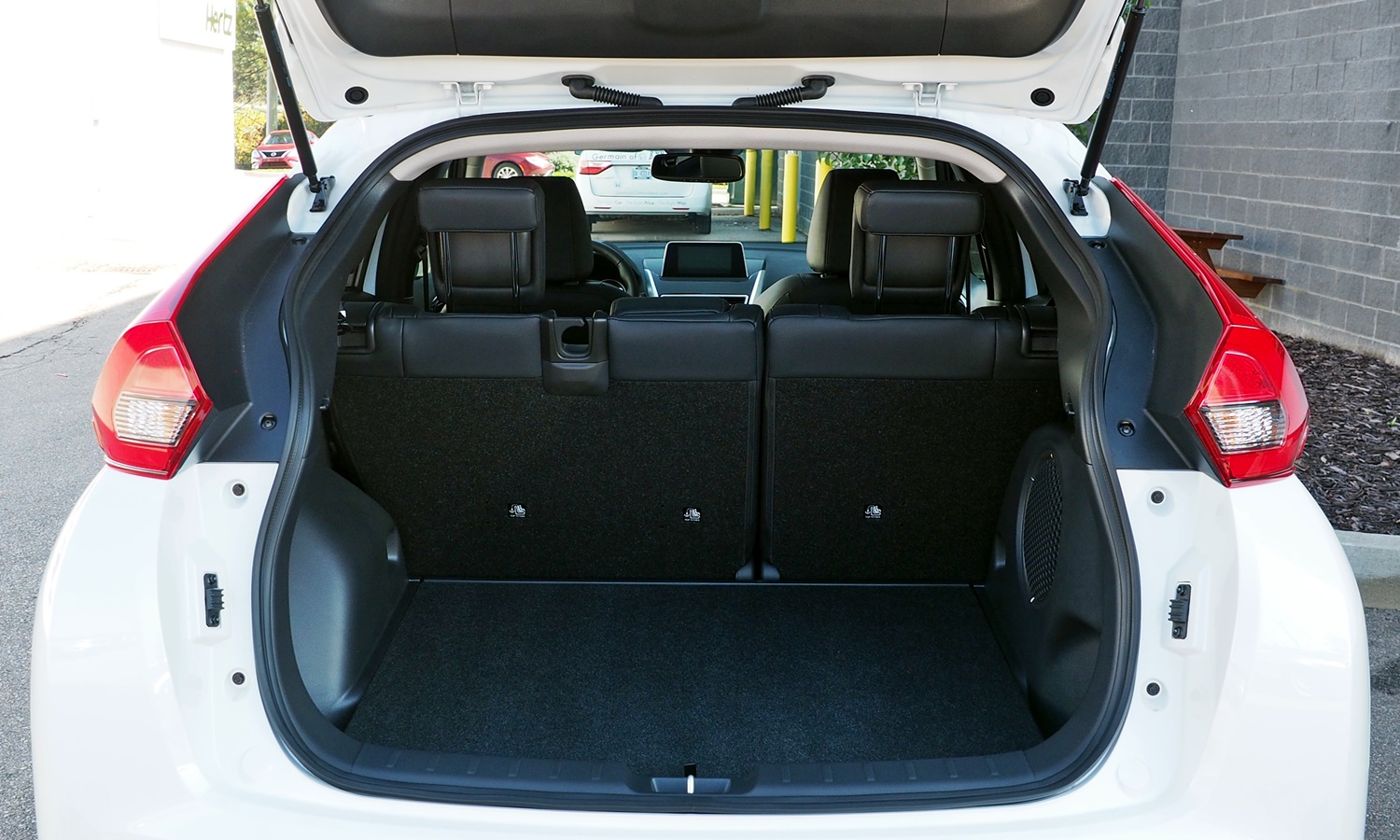 Not much cargo area with the seat up beneath the slanted rear gate.

Mitsubishi provided insured, fueled vehicles and a meal at an event for invited media. Hyundai provided an insured vehicle for a week with a tank of fuel and a second vehicle at a regional media association event.

More About the Eclipse Cross 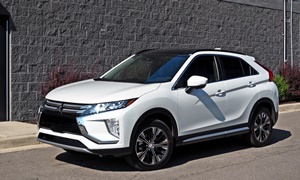 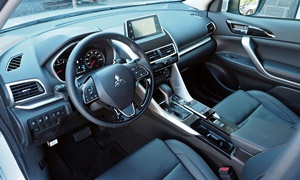