My husband and I absolutely loved this car until we began having transmission problems. my husband just retired this year and am am a short few years away from retirement myself. As far as we knew Nissan had a good reputation and we were looking for something that we could count on and not cost us a lot of money in repairs. How wrong we were.

When our Rogue had almost $85,000 miles on it we began to hear a noise and decided we needed to get it looked at by a certified Nissan mechanic which we did. We were informed that the transmission needed replaced costing somewhere near $4,000.00. I contacted Nissan with the complaint. Although Nissan was very sorry about our experience this company did absolutely nothing to help with this situation. The warranty is actually up on this vehicle but who would think you would need to replace a transmission with only this amount of miles on it. I did some research and discovered this had been an ongoing problem with the Rogue in previous years. Nissan actually extended the warranty on some other years due to this same issue. However Nissan told us that they were not going to do this for us and the problem with the transmissions they had previously had been resolved. That is really hard to believe since the same problem exists in the 2012 model. We will never purchase another Nissan again. We are very unhappy with this vehicle.

Ralpha, did you have a similar experience?

My issue was two fold. Vehicle lost power shortly after accererating and pulling into traffic from a stop. At times this also had the engine reving to very high RPMs and would not accereratethen when it did the vehicle continued to have the engine reving very high and not reducing rpms when you were gaining alot of speed. Told I was not aquainted with how the CVT transmission operates, which was crap as we also own a Nissan Altma witht he same engine- transmission combination, so I do know how it shouls respond. THen it was we cannot duplicate the reportedissues, so nothing is wrong. My responce to your note from me was sounds familiar, meaning the same run around about issues that you had, we had. Seems like a canned reply from Dealers.

More About the Rogue 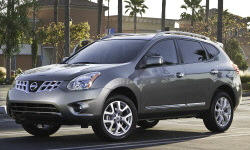 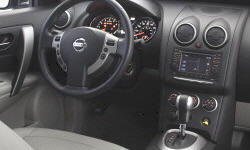