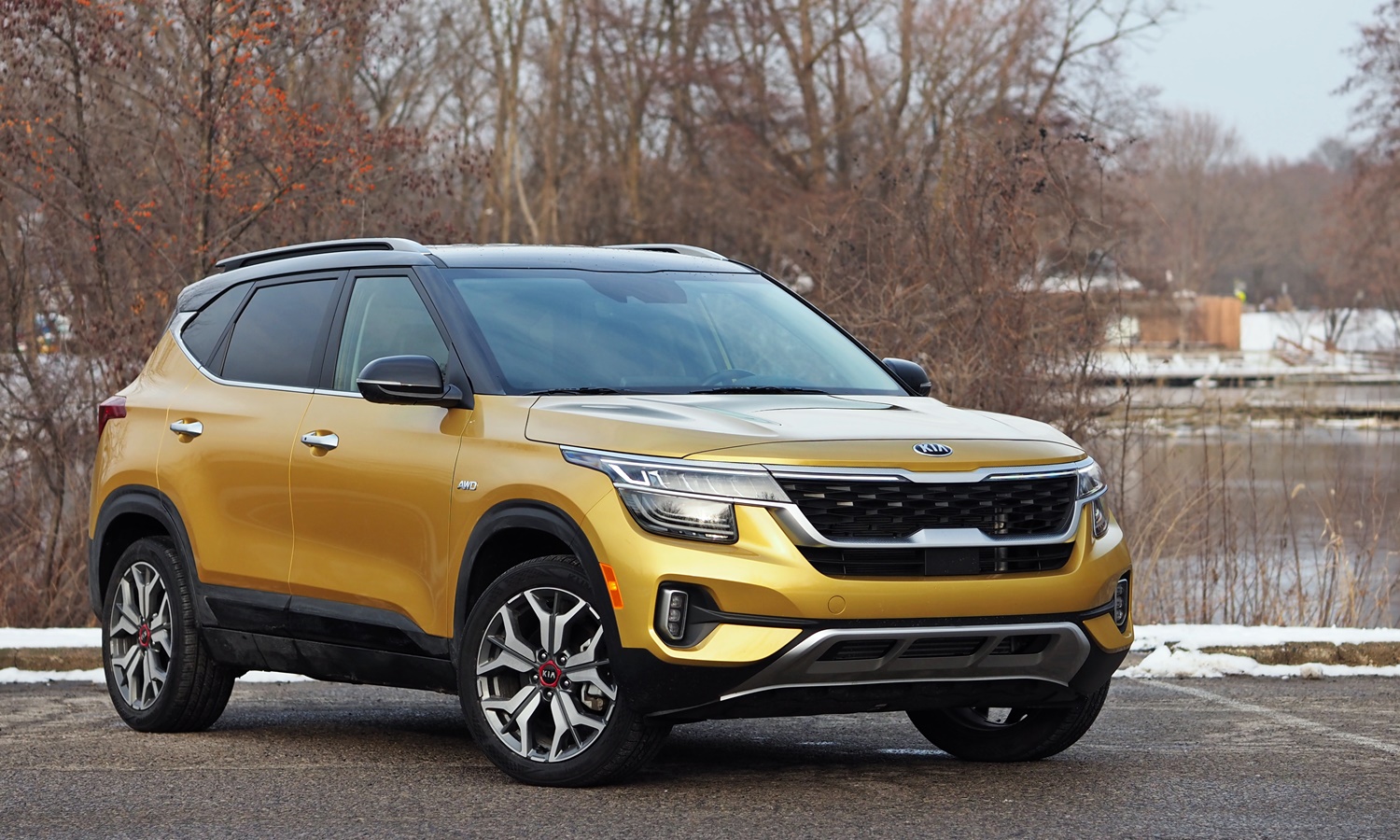 For many car buyers, the best car for their money will be the least expensive crossover with enough space for their family and their family's stuff. In recent years, this has been the Honda CR-V, the Toyota RAV4, and their direct competitors. These also used to be the smallest crossovers.

But a few years ago, partly because the CR-V and RAV4 grew with each redesign, auto makers started fielding smaller crossovers such as the Honda HR-V and Toyota C-HR. These haven't sold as well, perhaps because they're too small or their engines are too weak for most Americans. But what if one of these smaller crossovers was larger inside? And what if one was offered with a powerful engine? Kia's new Seltos checks both boxes. Does it hit a sweet spot for many crossover buyers?

A note on the comparison vehicle: Normally I'd have driven a Seltos competitor back-to-back with it. My pick would have been the Mazda CX-30, as it is the only competitor of similar size with similar performance. However, I did not think I should visit a dealer while COVID cases were surging. So instead I'll be comparing the closely related but smaller Hyundai Kona. Once I've been able to drive the Mazda I'll update this review. 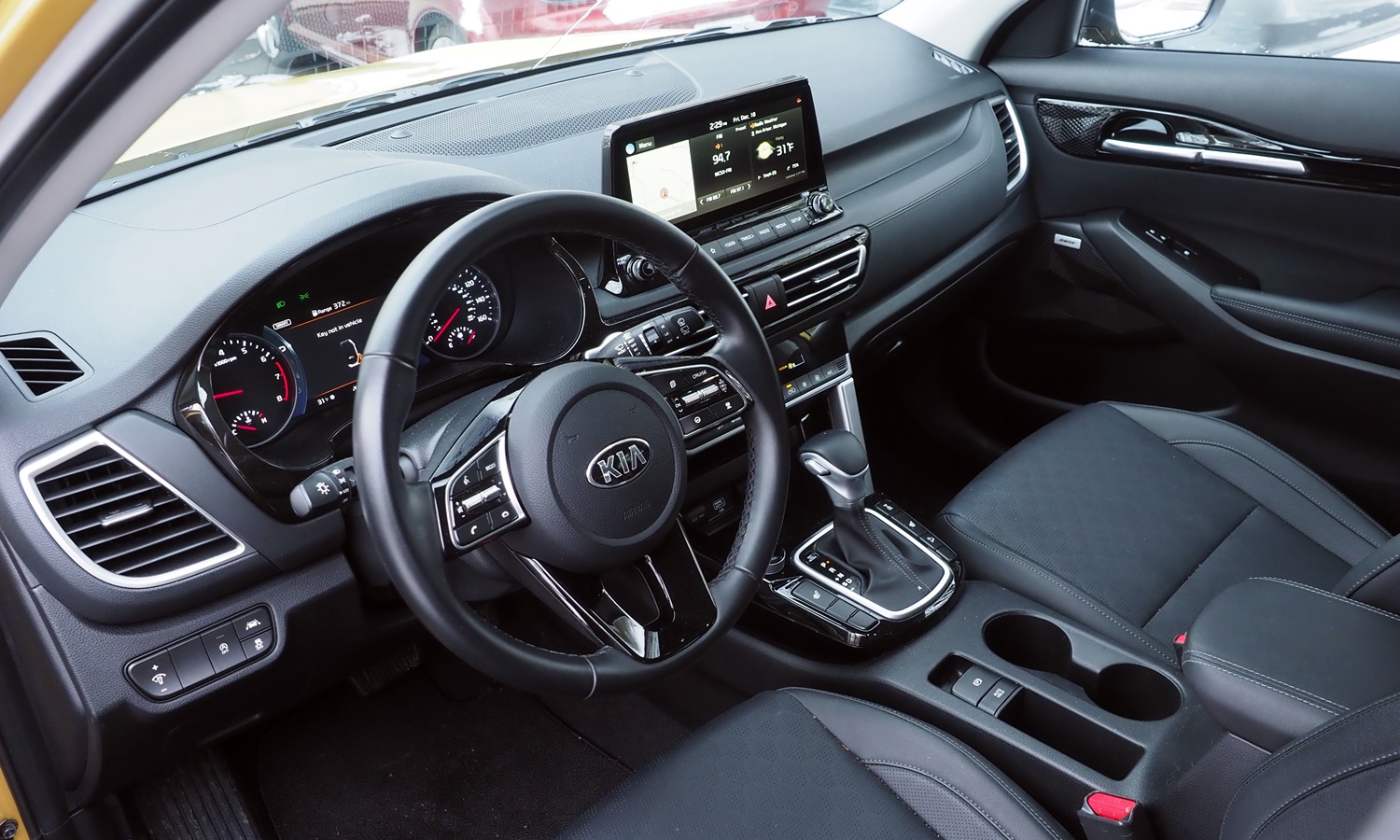 Very stylish interior for the class and price.

As Kias have become thoroughly competitive, their prices have risen. But the price of the Seltos remains lower, even much lower, than that of its closest competitors. Compared to the Seltos SX I tested, a similarly equipped Chevrolet TrailBlazer lists for $2,695 more. The price difference with the Mazda CX-30 depends on the engine in the latter. The CX-30's standard engine has 186 horsepower, a few more than the 175-horsepower engine in the Seltos SX. But without a turbo it has less low-end power than the Kia engine, and a CX-30 with it is slower. With this engine the Mazda lists for $2,195 more than the Kia before adjusting for feature differences and about $1,500 more afterwards. The Mazda's turbocharged engine produces 227 horsepower on regular fuel and 250 horsepower with premium. Equipped with it, the Mazda CX-30 lists for $4,270 more before adjusting for feature differences and about $3,500 more afterwards.

The related Hyundai Kona is priced similarly, but with 3.5 inches less rear legroom and three-quarters as much cargo room it's much smaller inside.

Also remember that Kia's prices (like Hyundai's) include a standard five-year, 60,000-mile warranty on nearly the whole vehicle, plus a 10/100 warranty on the powertrain for the original owner. In the past the warranty has warranted its own "why to buy" slot, but there's too much competition with the Seltos' other strengths, so it has to share with pricing.

The Seltos' price is looking better, isn't it?

Compared to most other small crossovers, the Kia Seltos has a much roomier rear seat. Rear legroom is a generous 38 inches. Few people will need to step up to a larger crossover unless they need to seat more than four people.

The Seltos' rear seat passengers can select between two seatback angles. I found even the most upright not as upright as I would have liked, but impressions here will vary. 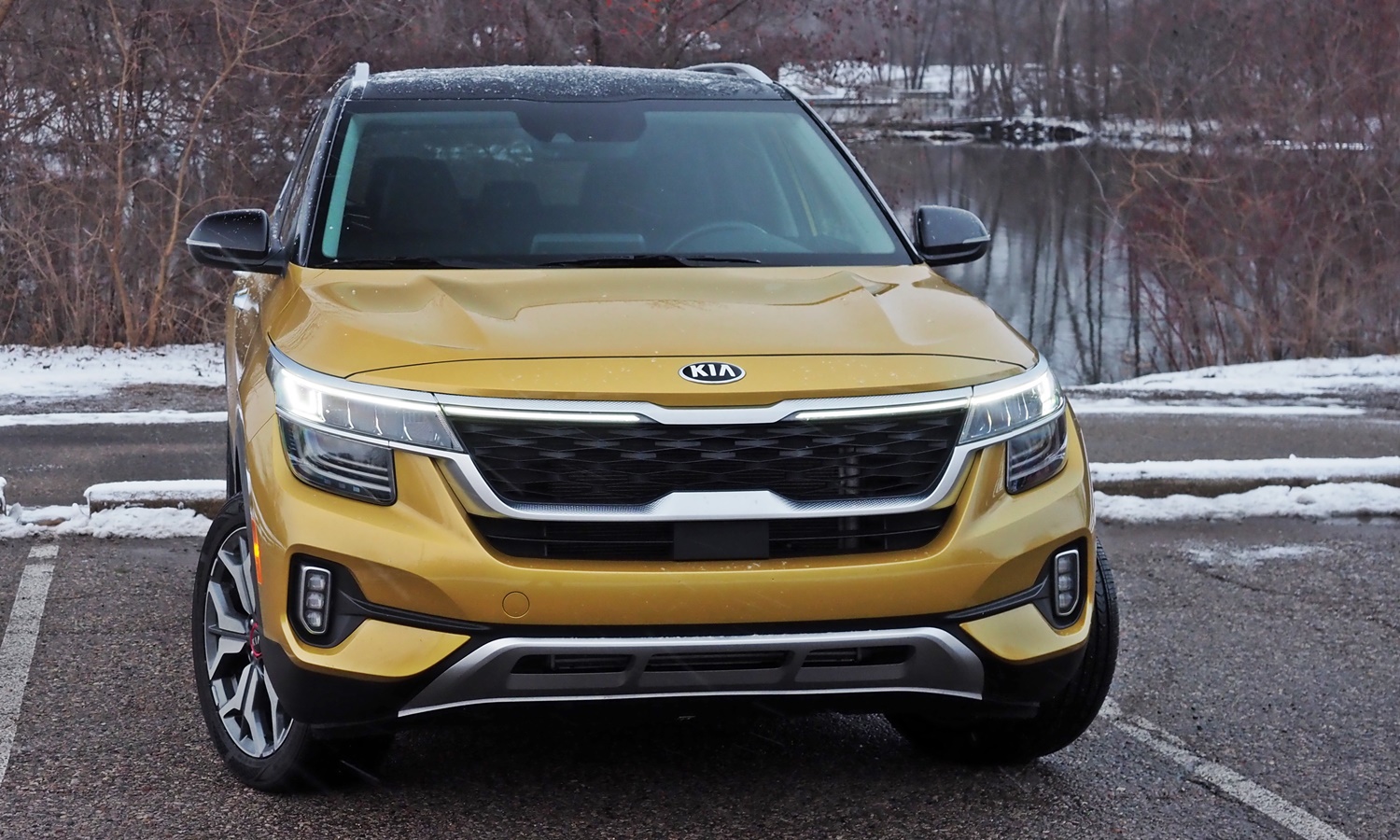 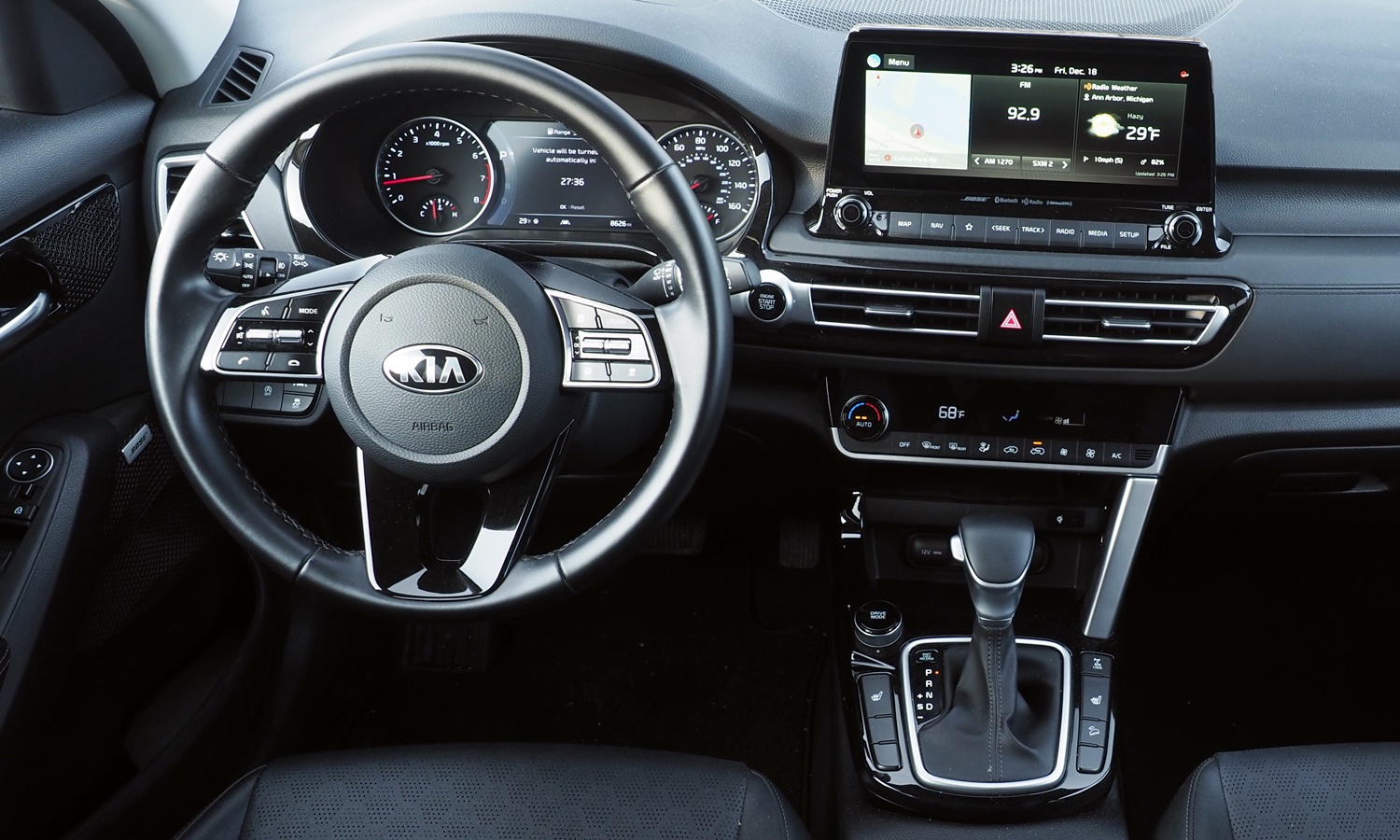 The Seltos can similarly hold more cargo than direct competitors, and about as much as the Sportage. The Hyundai Kona and Mazda CX-30 can only hold about three-quarters as much. The Kia's load floor can be positioned low for maximum volume or raised a few inches so that it's level with the folded rear seats.

While most Kia Seltos are powered by a 146-horsepower 2.0-liter engine hitched to a CVT, and thus should perform near the class average, the SX has a 175-horsepower turbocharged 1.6-liter and seven-speed dual-clutch automated manual transmission. With this powertrain, the Seltos SX is much quicker than the great majority of small crossovers. Figure seven seconds from zero to 60 mph. Only those Hyundai Konas with the same powertrain are about as quick, and only those top-trim Mazda CX-30s with a 250-horsepower turbocharged 2.5-liter engine (nearly a liter larger than the Kia's 1.6) are quicker--figure about six seconds to get to 60 mph. With its base engine, the CX-30 takes about eight seconds to get to 60 mph. So the acceleration of the Kia Seltos SX splits the difference between the two Mazda engines.

But all is not good with the Kia SX's performance.

Yes, the Kia SX's powertrain performance has both highly positive and highly negative aspects. I've already talked about its positive side. On the negative side, the DCT often feels more like a CVT than an automated manual, with non-linear power delivery and a frequent sense that it's slipping in casual driving at low speeds. Drive the Seltos aggressively and it feels better. I've noticed similar behavior in Hyundai Konas and Kia Souls with this powertrain. But it seemed more frequent and worse in the Seltos, perhaps because it doesn't look as sporty so I wasn't inclined to drive it as aggressively.

The Kia Seltos has a high level of standard and available content compared to other small crossovers. Even the least expensive trim level includes a nearly full array of advanced driving aids as standard equipment.

But while you can get both front-wheel-drive and all-wheel-drive, the former is offered on only one trim level, the one-up-from-the-bottom S. Perhaps this was done to limit intramural competiton with the Kia Soul, on which AWD isn't offered. Similarly, while the 1.6T engine is offered, it is only offered on the top trim level. On the related Kona, Hyundai offers this strong (if poorly tuned) powertrain on three trim levels. Adaptive cruise control, nav, a 400-watt Bose audio system, and LED headlights are similarly available--but only on the relatively pricey SX.

Other features you'll find on larger crossovers, dual-zone climate control for example, aren't offered on the Seltos. But they're not offered on most direct competitors, either. 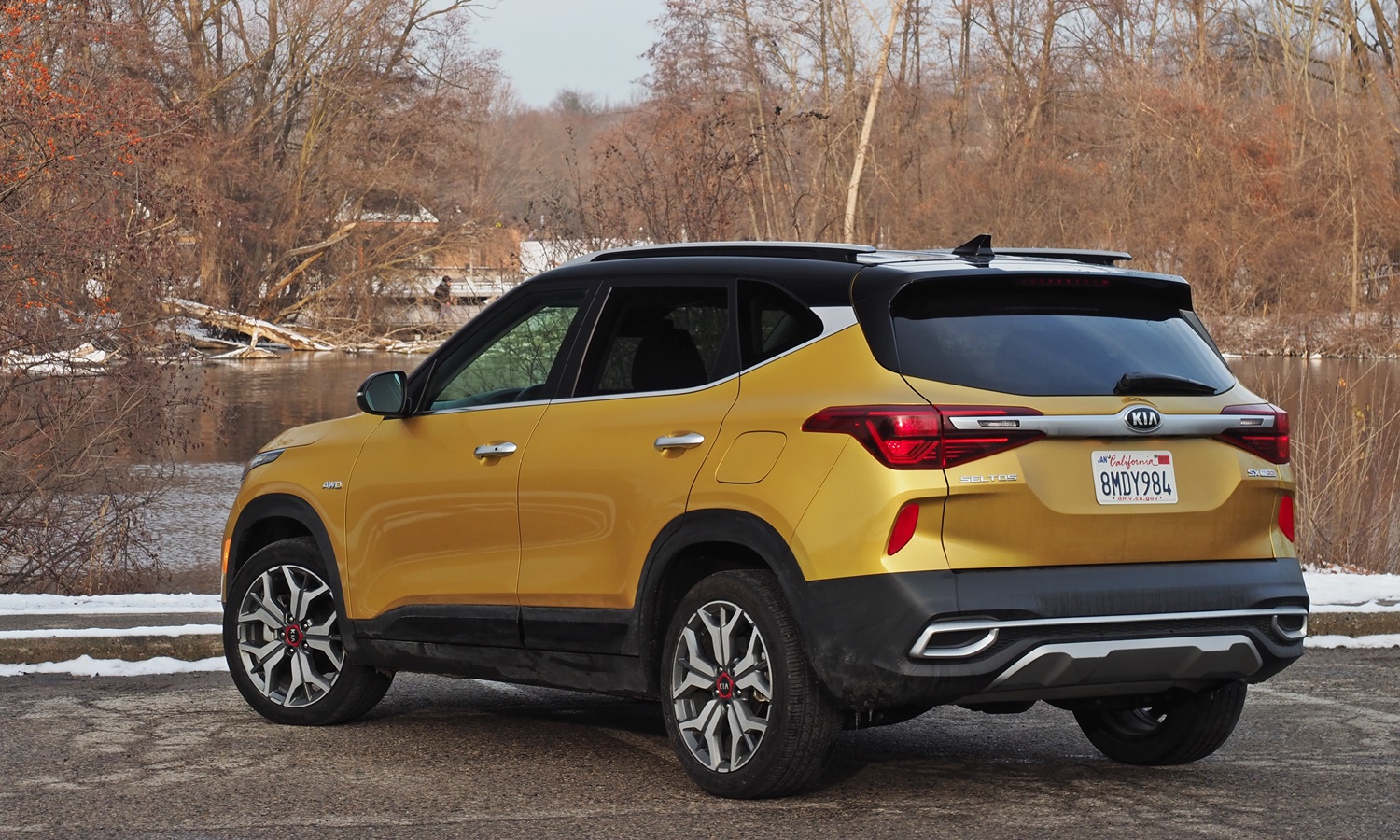 Better than the various "floating roof" designs that have become a fad. 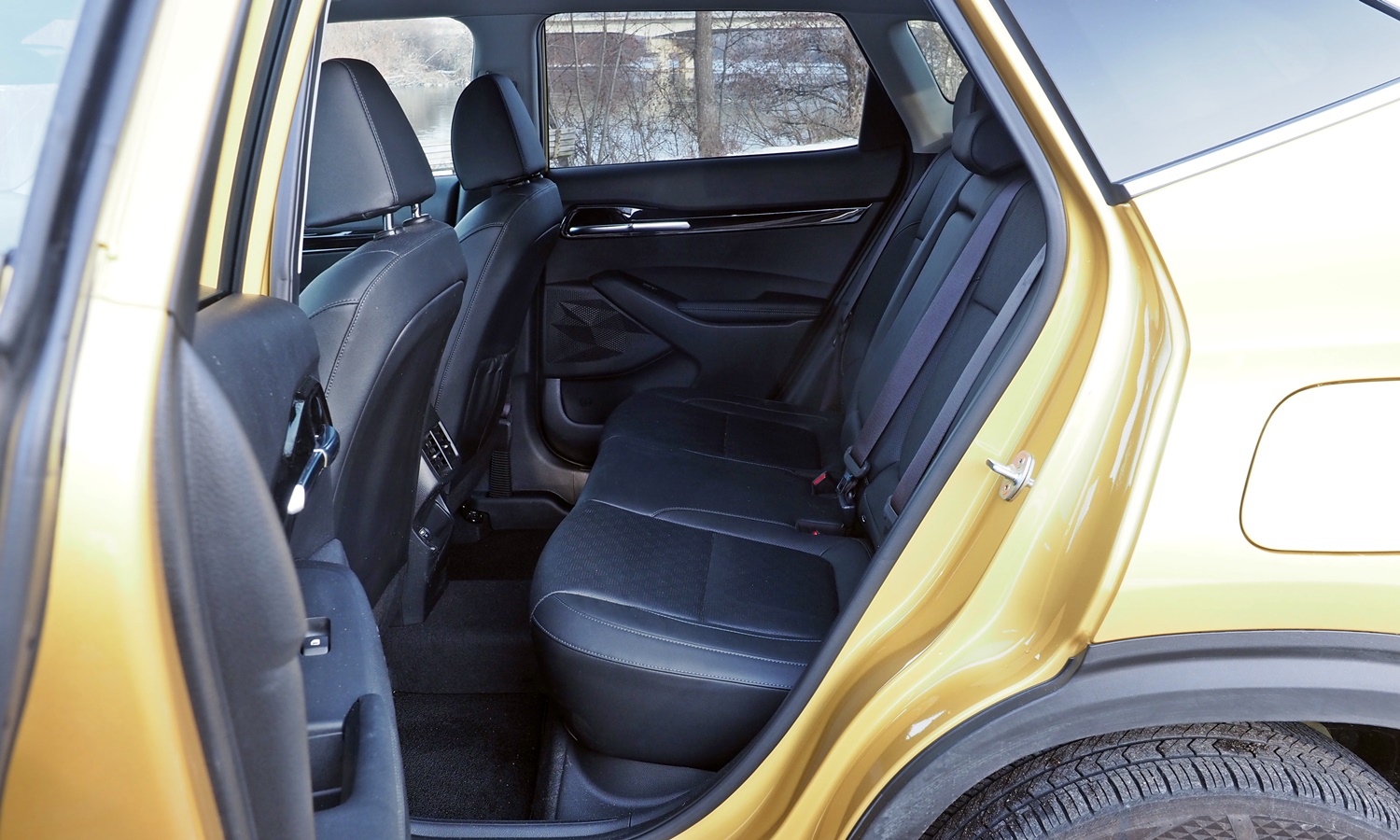 Overly reclined for my taste even in most upright position, but roomy for the class.

If there had been a sixth "why to buy" slot, exterior styling would have occupied it. Like other recent Kias, the Kia Seltos sports artfully and tastefully shaped sheetmetal. It looks especially good with the SX's 18-inch alloy wheels and optional black roof over a yellow body, as on the tested vehicle.

Is the Seltos more attractive than the Hyundai Kona and Mazda CX-30? All three are attractive, but have such different aesthetics that different people will rank them differently. Both the Kona and CX-30 look sportier, with the latter more car-like than the former. The Seltos has the boxier, more upright styling of a traditional SUV. Which is most attractive is a matter of taste. If you want your SUV to look like an SUV, the Kia wins. Plus boxes are roomier.

The Kia Seltos' interior is attractively styled, with a somewhat more upscale appearance than in most competitors. Typical of the segment, most of the interior plastics are the hard sort. Plus the synthetic leatherette seating material has a somewhat rubbery feel; unlike some such materials, it won't pass for the real deal. Typical of Kias, the controls are intuitively arranged and not overly complicated. The SX includes a large infotainment display from the Telluride that is wide enough for three windows.

The Kia Seltos might have the boxy, upright body of a conventional SUV, but it handles like a compact car with a moderately firm suspension and a modest lift. Body motions are well-controlled. When hustled, the Seltos feels stable and predictable, with less lean than the average small crossover. Brake-based torque vectoring counteracts understeer, so the Seltos feels more balanced than it otherwise would. There's even some feedback through the steering, though I detected little difference between the system's normal and sport modes. While I wouldn't call the Seltos' handling sporty, it is more fun to drive than a larger or more softly suspended crossover would be. I enjoyed my week with it. The days when Korean vehicles typically had poorly tuned suspensions are receding into the past.

The Hyundai Kona feels a little sportier. I haven't driven the Mazda CX-30 yet.

The Seltos absorbs most bumps well, but on poorly maintained asphalt its suspension can feel a touch too firm.

The Kia Seltos SX has good but not great fuel economy, with EPA ratings of 25 mpg city and 30 mpg highway. The EPA ratings of the Hyundai Kona and Mazda CX-30 with turbocharged engines are similar. The Kia's trip computer reported 23 mpg driving in Ann Arbor and slightly over 30 mpg on a 70-mph highway. These are decent figures given the SX's performance potential and AWD, but nothing special.

While I wish the Seltos SX's powertrain was better behaved, overall it delivers an appealing combination of interior space, performance, and style for a very competitive price. Willing to sacrifice performance and features for a lower price? Then check out the other three trim levels. The days when small crossovers were penalty boxes that entailed major compromises are clearly over. For many buyers, the Kia Seltos is all the crossover they'll need, and then some. 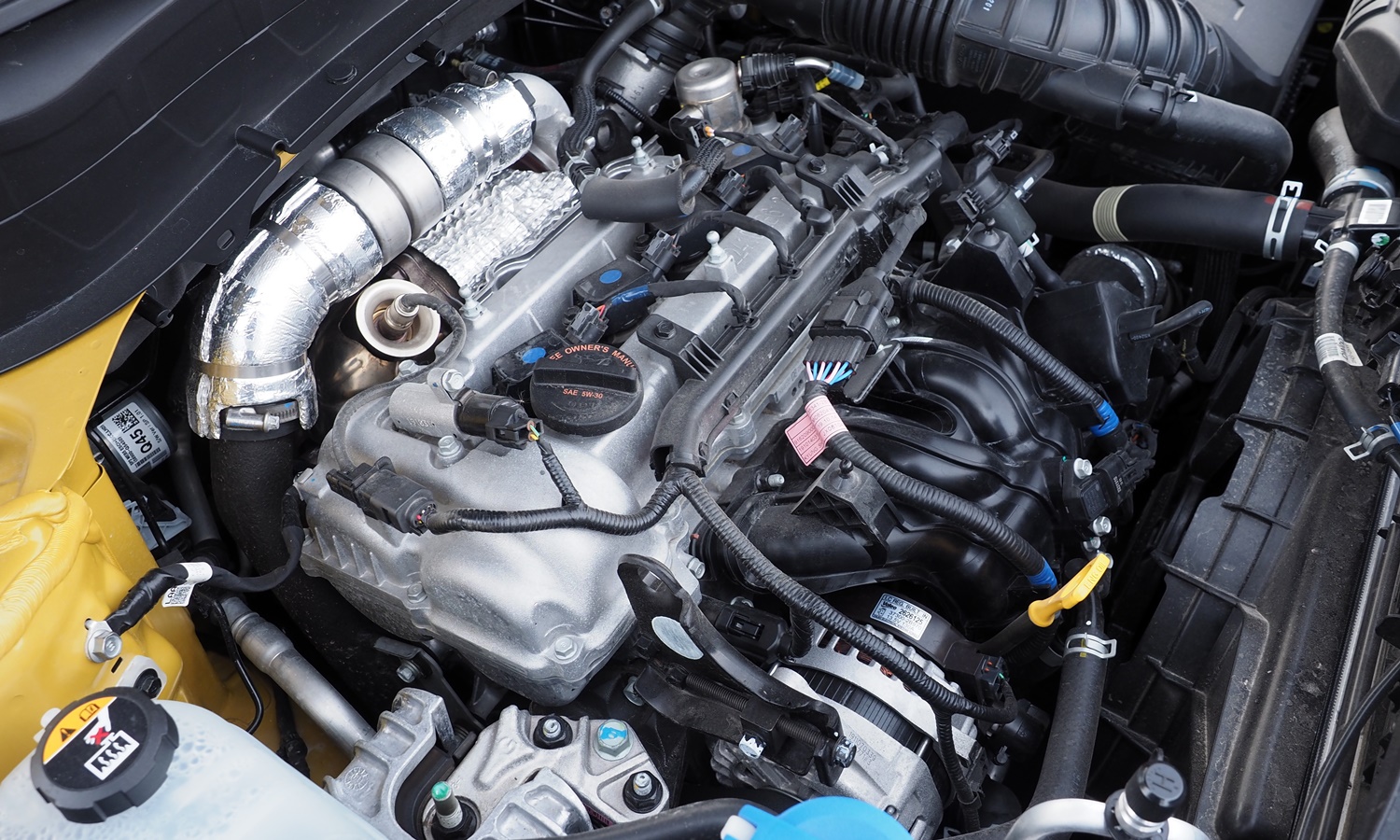 The turbo 1.6 can move the Seltos quickly, but it's let down by the transmission in casual driving 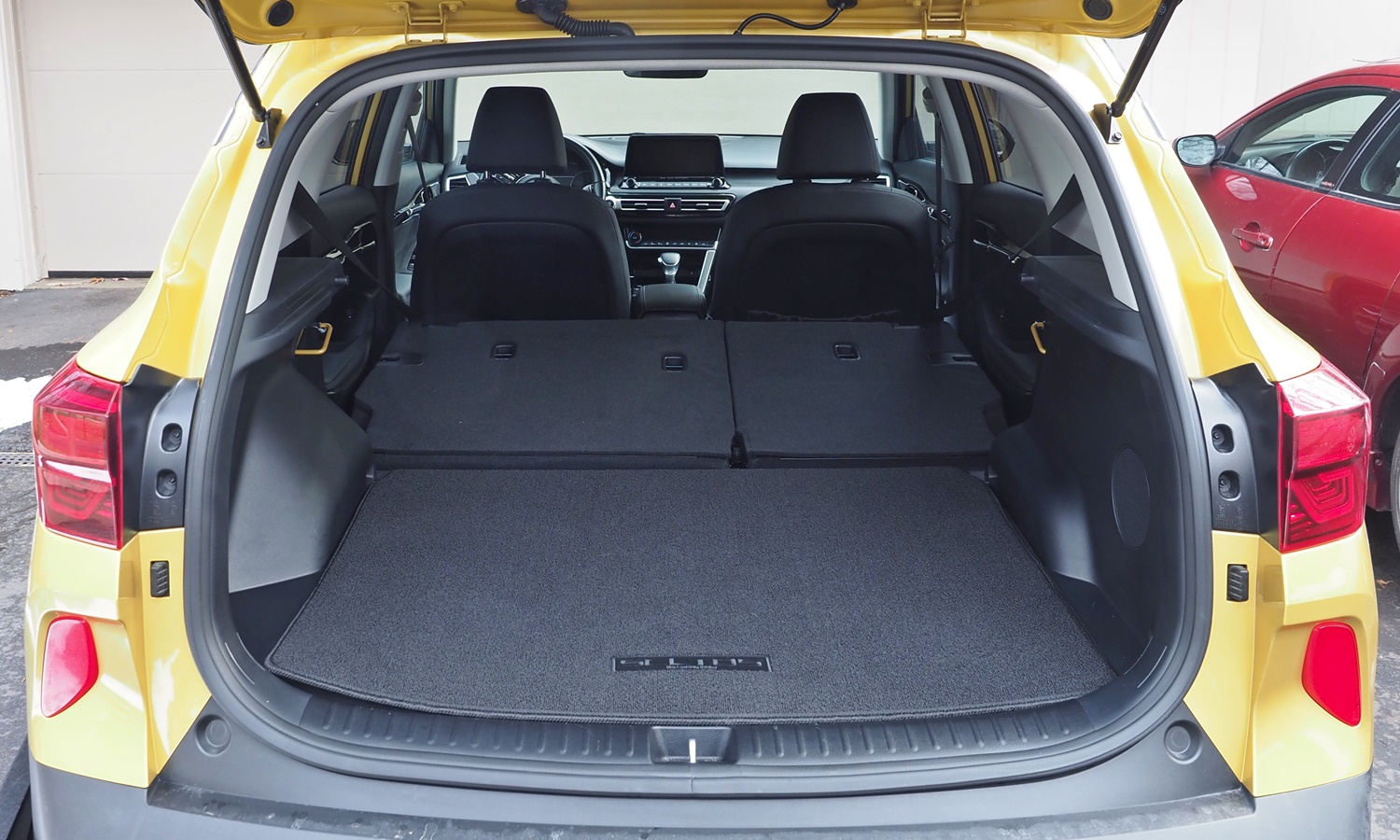 The cargo floor can be raised to make it level with the folded seats.

Kia and Hyundai each provided insured cars with fuel.

More About the Seltos 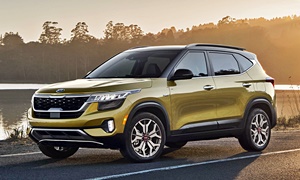 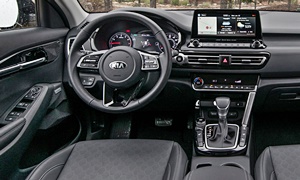