The Ford Edge is a mostly reliable car but redesign years need to be avoided as it takes Ford a year or two to work out problems. 2015 was such a year for Ford, and that year has some engine problems and in car electronic issues. 2016 it was much better and while electronics score average, nothing else shows up in Consumer Reports so it gets an overall average rating. 2017 is even better, no issues and it scores above average reliablity overall. 2018 will probably be the same. If 2019 the design does not change it should be a fine car for awhile as the Edge is fairly reliable throughout its history. If it does get changed watch out.

Ford is not quite as good as Toyota but it can and does make some good cars, trucks, and SUVs. It is like GM - the reliablity has improved much over the years since they both adopted Kaizen process improvement (a model in Six Sigma) that Toyota has used for a long time. They just don't do it as well all the time with the continuous improvement so it is on a model by model basis for the domestic manufactuers (I throw out Chrysler because they never really adopted Six Sigma the same way so far as far as I know, and it shows in their quality).

I did rent a 2018 this past year when my Saab was in the shop for a repair I did not want to do, and the car was fine. It is a nice small car that handled well, the interfac to the screen was easy to use, and overall the construction seemed to be well put together. Not a lot of power but you don't get one of these for that. Gas mileage was in the mid 20s and overall I liked the car even if it is too small for my family of four. Best of luck if you decide to get it.

Have you considered the Buick Enclave? The Enclave was completely redesigned for the 2018 model year and 2019s are now hitting the dealer lots. The Enclave is a true luxury vehicle so it will ride more quietly and comfortably than the Edge. As for reliability, I own a 2014 Enclave and have only had to get new brakes @50k miles. The Enclave also has a comfortable third row seat as well. As with any new vehicle, upper trim level Enclaves come with all the modern safety features. You could easily pick up a decently equipped Enclave for around $50k. If you are looking for something a little smaller, check out the Envision. It is a Buick, so of course it will have that smooth, quiet ride you are looking for. Buick was ranked third place in Consumer Reports reliability studies, only behind Lexus and Toyota.

If you really have your heart set on the Edge, look at the Lincoln MKX too. The MKX is the luxury version of the Edge, so it will have a smoother ride and be more quiet. The MKX can easily be found for under $50k. 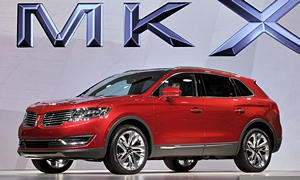 I think you need to test drive the 2018 Mazda CX-5 Grand Touring. It fulfills all of your requirements and is one of the most engaging mainstream SUVs on the road. The interior is very nice and quiet, the ride is comfortable, and it will be the most reliable out of all the SUVs mentioned so far. Automotive journalists say that the interior competes with entry luxury SUVs and I agree. The exterior styling might be my favorite of any SUV.

You have to pay a ton of money to get safety features on both Buicks because GM hasn't embraced the standardization of safety features yet like Toyota and Honda have done and Ford is starting to do. Also, the Buicks will not be as fun to drive as the Edge or Mazda CX-5 as that has been said by several reviews. The 2018 Enclave has poor reliability on TrueDelta and below average reliability on Consumer Reports. It is a new model year so it is expected to have more problems. 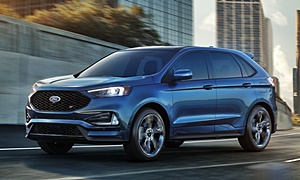 The Edge has a lot going for it and I think that the edge has very nice, husky looks.

But I suggest by for siging the dotted line that you take a look at the new kid in the 8 passenger field - the Subaru Ascent. It has a lot going for it and reviews are raving that it does all things well. Of course it is a new model which means it may be prone to some growing pains - but there appear to be almost no stumbles at its introduction. 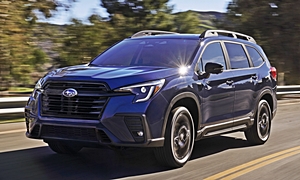 The Subaru Ascent already has new car quality issues with hood-to-fender gap not matching on both sides of the vehicle and recent recall and buy back of missing roof to B-pillar welds that could break and collapse in the event of an accident. Someone wasn't doing their job on multiple levels and raises the question what else has also been missed or over looked as Subaru quality of vehicles coming
Lafayette, Indiana, have been prone to safety recalls in the past.

The 19 mpg on fuelly.com does not help the case of the new 2 4T engine either.