Replacement/equivalent to my BMW 428i xDrive - looking at new 430i xDrive or 440i depending upon price and equipment. Tend to Lease vs Buy as I only drive ~ 5000 miles per year.

Have considered changing brands and love the new MB E400 convertible, though it does not have a hardtop.

I rarely take more than one other person, but the smaller 2-seat convertibles really don't carry much so are not a high priority.

The MB E400 Cabrio is more modern and luxurious than the BMWs, but the MB is only available with a V6 twin turbo that makes 329 hp, not much by today's turbo standards. Car and Driver says that at low speeds, the 9 speed transmission is jerky. The engine is just adequate, but they wanted a little more power and maybe an AMG version. I'm guessing it would ride a lot smoother than the BMWs. The interior is definitely better in the MB.

The BMW is much more a driver's car than the MB. Expect a firmer ride, but nothing harsh. More tossable. Has an older interior and less tech.

The Audi A5 Convertible is another choice. It is the lightest one on the list at 4000 lbs. I like the conservative styling more than the BMW, but the MB is the classiest. Good balance of handling and ride.

Hardtops are not as common as they used to be and most are out of your budget. The Infiniti Q60 had one. The Miata RF has one and is a great car, but is not that fast and does not say you have money like you probably want. The 4 series has one and is a good choice.

The MB SL 450 and SLC have hardtops, but both have dated interiors.

If you are older and are looking for a comfortable convertible cruiser, the MB E450 Cabrio is the best choice in your budget.

Why do you want a hardtop?

I personally went from an E92 328i xDrive to an F33 440i xDrive, and really couldn't be happier. First off, I was surprised when researching that the hardtop 2+2 convertible market is so small; luckily, this has been an awesome entry. The extra grunt gives the car a whole new personality at the limits, plus the M Adaptive Suspension is impressive for either a calm ride or a fun one, all at the push of a button. I'm not trying to wax poetic, but I'm damned happy that a segment with so few entrants has a good one on top. With a $60k budget, it might be tough to build your own, but I'm sure dealers likely have some F33 stock that they're willing to part with below MSRP today. 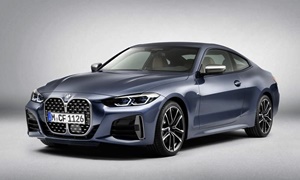