Scion TC Coupe - 2011-14 or Altima Coupe 2010-11 or other FWD Coupes. I'm considering buying a Scion TC 2011-14 but have also considered the Altima Coupe 2010-2011, I'm still collecting all the information that I can... My mind is open to other suggestions. I really like what they've done with the styling of the Scion TC for the 2011 re-design, it seems sporty yet practical (with the Hatch [that doesn't look like a Hatch]), I also like that it has a 2.5 liter engine that delivers 180-hp, it seems just right for that size of car. Unfortunately there seems to be almost no reliability and other stats on the new generation of TCs', probably because there are not that many around as yet, I only see stats on the earlier generation-2008 and before. I wish I could get some Stats or opinions from people who know a bit about, or drive a 2011 and later Scion TC, all opinions appreciated ;) One unfortunate requirement is that I would have to drive it in the winter;( I imagine that with good snow tiers, it would handle as well as any other FWD Coupe, but maybe I'm wrong on that? I would also be interested to know how it stands up to a salt environment, I always have my cars sprayed with KROWN or Corrosion-Free rustproofing, but if the body integrity is poor, evan rustproofing isn't enough:/

I have also considered buying an Altima 2.5 Coupe-2010-11, I really like the exterior styling and the interior is very well appointed, it has the same wheelbase as the Sedan and it has a bit of weight to it, which I think would make it handle rather well in the winter, the Altimas get good reviews in the Consumer Report Used Car Buying Guide except for "Electrical", which concerns me. Is "Electrical" something that can be fixed and forgotten about or a continious and expensive problem that evan Nisan mechenics cant figure out?

I don't know wether to buy the more expensive Altima Coupe used, or throw a little more money at the project, and buy a less expensive Coupe like the Scion TC or KIA Forte Koupe, new or almost new? For me its' difficult to weigh out the benifits of buying a well built used car that is several years old or buy a less expensive car that is New or almost New? I would love to hear your opinions or where I can get some information on the new generation of TCs' and also your advice on buying an Altima Coupe or any other FWD Coupe. I'm not big on a RWD because of the winter driving isue. Thanks in advance for your advice, its' much appreciated :)

The Scion tC will likely be more reliable than the Nissan, based on comparisons between the Camry and the Altima. The main thing I'd be worried about with the Nissan is the CVT transmission, and even that should be okay for quite a while.

The tC also rides better (if the Altima with the four rides like the V6 I tested) and has more room in the back seat (if this is a consideration). You should drive both and see what you think.

I didn't like the first generation Forte Koup as much as the tC. The new one (at dealers now?) should be better. So you might as well check that one out as well. 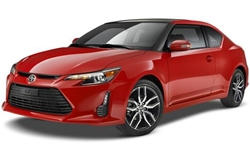 Thanks for your advice, its much appreciated :)

Coming from Minnesota, I guess you're no stranger to winter driving conditions ;)

I'll see if I can take a Scion TC 2014 for a test drive, although the true test would be to take it out for a boot around, when there's some snow on the road, then again... I'm not looking for the snow to return any sooner than it's alread going to ;)

The response was from me. Had an error earlier which identified me as "a member from Minnesota."

The Honda Accord Coupe would be a suggestion. Fun to drive FWD car can be had with a manual transmission. Should fit all your citeria.

The main thing against the Accord is that it's quite large for a coupe. But for some people this is a pro, not a con.

Thanks so much for the advice, I really appreciate it!

Here is an little update of my search :)

I like the Accord Coupe, its' very well built and the recent ones look very dynamic but I find them to be a little bit larger of a car than I want. I was very enthusiastic about the Altima Coupe 2.5, but in the 2014 CR Used Car Buying Guide profile, it no longer has the "CR GOOD BET" insignia and the 2010 2.5 Coupe has been removed from the CR "RELIABLE USED CARS" list. I have done some research on this and have been told that it is because of the not so reliable CVT transmissions that they put into these cars, I have been told that they "heat up" and fail sometimes. Thats somewhat of a deal-breaker :( This has caused me to re-evaluate things and dig a bit deeper and take a more serious look at other Cars, SUVs' and Crossovers, I have evan considered the 2015 HR-V although its' an unknown quantity, except that its' made by Honda, as you know... They have a very good track record, but you never know until they've been on the road for a while?

I want to buy a "Cool Car", but I keep running into the reality of having to drive it in winter conditions for half the year, so RWD is out, FWD is good enough, AWD would be sweet on those nerve wracking "Snow/Ice" days ;)

I'll be testing a Forte Koup SX soon. I might drive the tC again at that time to refresh my memory. Have you test driven either of them yet? With the Forte, the 2014 will be much better than the previous generation.

Yes... But they require me to take a Car Salesman with me for the ride:( they get upset if I really press on it ;( Next time I'll slap my MasterCard down and give "the cars" a good thrashing without the "Salesman" aboard.