Live in Las Vegas, must stand up to our summer heat

Will consider both new and used cars
Maximum age: 10 years

Vehicles don't come much more reliable than the Toyota Tacoma. Fuel economy isn't a strength, though.

I'd suggest the 4Runner among SUVs, but am not sure those have to be to cost $12,000, and fuel economy also isn't good. They hold their value very well.

Your best bet could be the Suzuki Grand Vitara, if it has enough interior space for you. These were offered with a two-speed transfer case, and tend to be reliable. Fuel economy is a little better than the Toyota, but still not very good. Suzuki couldn't hack the U.S. market, but they do well in much of the developing world, and are engineered for those conditions.

The 2007-2010 Kia Sorento was larger than the Suzuki, and was available with a stronger engine plus a two-speed transfer case, but is probably less reliable than the above and no more fuel efficient than the Toyotas.

A Jeep Patriot with the Off-Road Group would be especially cheap, so you could get a newer one, and more fuel efficient than any of the above, but its reliability record has been mixed. This with the ORG have a CVT type of transmission, which many people don't like. The interior was upgraded for 2011. 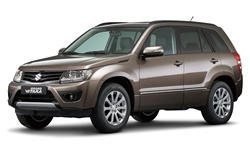 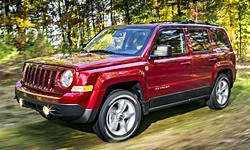