Need a vehicle for People Moving and towing a large boat.
Currenly have a Nissan Pathfinder 4x4.

I haul Boy Scouts around so 7 to 8 Passenger seating is a benefit.

We bought a new Chevy Suburban in 2000. 16 years later it is still running well and has around 180k miles on it now. It was used for many Boy Scout outings (offroad, snow etc.) and then used by teenagers when they started driving- we were not gentle to it. Never had any issues with the car. Plenty of room for 7 people and gear (we purchased a car top carrier for it). Have had to do some routine maintence on it as it got older, but incredibly reliable, never had a breakdown. In terms of towing I used to haul a 25ft trailer which was loaded to ~8000lbs, the car towed well, never had an issue. Pulled the trailer a lot on the highway, but it also did well on dirt roads in the mountains. From what you are explaining, this would be the first car I would start looking at, it is the one we used for a very similar set of requirements that you have mentioned.

Nissan NV3500 Passenger. 12 Passenger, flexible comfortable seating, superior tow ratings, especially with the V8, good reliability. In a class of it's own. And way less cost than a Sprinter. Editor please note that model is not even listed in the box below.

All of my choices are new 2017s.Totally go for the Audi Q7. You could get a pretty well equipped one in your price range. You have to get the towing package though. It is the most luxurious towing car you can get and when it isn't weighed down with a trailer. If I had to get a $65k SUV, I'd get this one.

My second choice would be the Chevy Tahoe because you don't need the suburban unless you need the extra space and it's more expensive. Again, you'll need the towing package. The Tahoe's suspension and infotainment system are known for problems though.

I would recommend the Nissan Armada only if you want to save money. You can get a fully loaded one for less than $60k. It tows 8500 lbs.

I'd recommend the Dodge Durango with the 5.7 liter, too. Although more reliable than the Tahoe, it's a Dodge and they usually have terrible reliability.

The Audi and Armada are the only reliable ones, but there's no guarantee you'll get a lemon on any car. 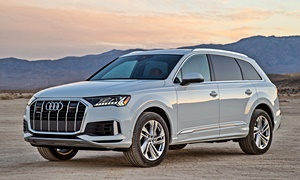 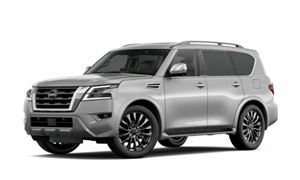