Reliable and sturdy, but still fun to drive.

I sold my very unreliable Firebird last year, and have been riding the bus.I miss the independence of having my own vehicle, but thefrustration and stress of owningsomething that breaks down (catastrophically) every 500 miles is something I want to avoid. So reliability/affordable maintenance is my primary concern. However, I will admit that I love the sleek styling of the Firebird, as well as the decent growl. I've looked at Camrys and Civics, and while they would be totally appropriate for my needs, I'm hoping to find something with a bit moreflair.
All of that being said, reliability is the main concern!

Thanks for your help!

Oh, man. You've got a lot of options.

To start; yeah, you're on the right track looking Japanese. For your criteria, I don't think I'd look anywhere else (except for maybe a Pontiac Vibe GT? but that car cheats by using a Japanese engine and engineering).

Secondly, if you're serious about that 10 year old/125k miles restriction, that will restrict you to only the mass market, non-luxury Japanese vehicles. Among these, A Mazda 3 is generally acknowledged to be the most fun to drive. You can get the 2l engine version for better reliablility and fuel efficiency or the 2.5l for more power. As a side note, a stock late 00's Mazda 3 with just the 2l engine has almost exactly the same 0-60 time as a stock v6 late 80's early 90's Mustang/Camaro/Firebird (like 9 seconds, manual transmission). You should be able to find a well kept late 00's Mazda 3 with under 125k for a bit under $6k. I'm honestly not sure if there any newer RELIABLE cars with better performance that you'll be able to find within your budget. Certainly there are turbo VW's (or even the turbo Mazdaspeed's), but those are so much less reliable.

If you can relax the 10 years/125k miles thing, there are a lot of interesting options that open up.

From Acura, an early 00's RSX's; even the type S would be in your price range.

For Hondas you've got the Prelude; especially the SH for more power.

So that's a lot of options. Honestly, if I were to make my short list from all these cars to definately check out, I'd probably start with a Mazda 3 and a Lexus IS300. Test drive one of each from a meticulous, knowledgable owner; learn about the cars, and go from there. They're both reliable; not-crazy-performance, but not slouches either. 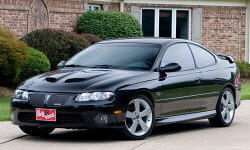 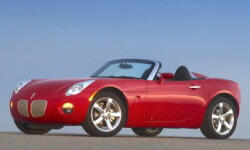