Dieselgate hit home -- looks like my Audi A3 TDI will be leaving my garage sometime in the next year. I love this car, have taken it on extended road trips, and had hopedto hang onto it for at least 10 years (had planned to run biodiesel in it once it was out of warranty) but am unwilling to accept the "fix" to make it less of a polluter. So I'mshopping for another car.

I want a car that handles exceptionally well(had an Audi TT before the A3, and a number VWs before that), relatively good gas mileage, seats 4, and something I can get my 11.5' kayak on top of by myself(currently I use Thule "saddles" on an OEM rackthat enable me to slide it onand strap it down with a small step stool). I'd prefer some creature comforts like power heated driver seat, automatic climate control, good sound system, bluetooth (seems that's standard these days), and a sun roof. AWD is nice but not required; I foundthe A3, which is FWD, did just fine in the snow as I always put winter tires on my cars. I prefer smaller carsand ones that are CPO with low mileage. I bought the A3 as a CPO with 7,000 miles on it so I know it can be done.

Right now I'mplanning to explore theMinicooper Clubman S, Subaru Crosstrek, and despite earlier vowing not to buy another VW product, and the Audi A3 E-tron, Q3 and AllRoad, VW Tiguan, Touarag andGolf Sportwagon (figure they'll have some good deals to keep people "in the family"). Any other suggestions? Thanks!

Mazda CX-3 is your best bet. It gets 31mpg FWD and 29mpg AWD overall mileage. It can fit many things like the kayak probably, has great handling (like every Mazda), has 5 seats, can come with AWD, is a great value at 27k top of the line, and comes with all the features you mentioned except for the power driver seat. It comes with a 6-way manual driver's seat and a 7 speaker bose sound system. It is an SUV, but it's really a wagon because it's so short. It's the Miata of SUVs.

I wouldn't go for the MINI because they are SO VERY unreliable. I've seen car review videos where the car breaks down while they are driving it.

My second choice would be the Q3, but it's already sort of an outdated car.

The Golf is also a REALLY great choice.

I have never driven any of these cars except a 2016 Golf TDI in a test drive. I owned a Mazda MX-5 Miata a long time ago and loved it. 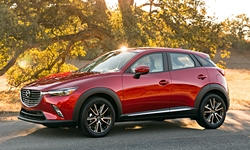 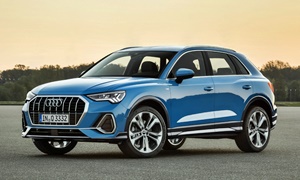 I recently was in the same market and we decided on the 2016 Subaru Impreza 2.0i Sport Limited. We decided on it for the additional road manners that it offers over the Crosstrek. We looked at the Mazda, which was excellent, but in the end, the Subaru reliability, durability, and safety took the cake in the end.

I liked the idea of the Mini Cooper and the Fiat 500, but both have reliability concerns that drove me away quickly.

The Crosstrek is nice, but doesn't handle quite as well because of the additional ride height, but the Impreza is very sure-footed. In fact, surprisingly so to me. The Impreza is my wife's, while I have a 350Z and a Toyota MR2. While the Impreza won't out handle either of my cars, it feels very planted and it communicates well especially given that steering systems are all going electric assist now. The AWD helps plant it, but it also just doesn't roll as much as I expected it to. It feels nice.

The Mazda is similar, albeit with just a bit more understeer. It feels good, but when you get to the edge, even in the AWD variant, there's a feeling of the front tires starting to let go, and it just seemed like you approached the edge a little sooner in the Mazda for me. Perhaps a tire upgrade would remedy that, but as stock, the Impreza felt like the better handling of the two.

As far as fuel economy, and all that. We've had ours since March and we average about 28 mpg in Dallas-Fort Worth. On a couple trips out of town, we've been able to achieve 34 mpg with the AC keeping us comfortable in near 100 degree heat and the car loaded up with people and stuff. Also, the Subaru is a PZEV (Partial Zero Emissions Vehicle), which the Mazda is unable to claim.

It is a shame about VW and their products which have been so good, even to our family in the past.

I just spent a week with the non-S Cooper Clubman, and liked it quite a bit. Like others here, though, I'm not sure about its reliability. I'll be driving the Golf SW in a couple of weeks, and will be comparing the two.

I agree with dfj240 that unless you really need the additional ground clearance of the Crosstrek the related Impreza should handle better and is definitely less expensive. Also a lower roof for the kayak.

Among Mazdas I prefer the Mazda3 hatch with the 2.5 engine to the CX-3.