What car should I buy next?

Must be Japanese only, prefer Toyota. Must get at least 30mpg combined fuel economy. Nothing smaller than Toyota Echo. I must be able to find replacement parts easily and for cheap price ( Autozone, O'Reilly is good, having to go to the dealer only when I need replacement parts is bad). Must have automatic transmission.

Personally, I would not recommend any used car in that price range to a loved one as they lack side airbags as standard and their crash worthiness on iihs testing.

My inlaws were looking at replacing their 2010 Corolla with older one. I told them that era of economy cars did not have side airbags like cars today. They eventually replaced it something from this decade.

Your criteria is pretty limiting, but you can easily find 2010 and above Honda Civics and Toyota Corollas around your price range with low miles, depending on your location. Not sure what Norm is referring too, as these cars easily meet your pricing/mileage criteria and have side curtain airbags.

"Seat belts?also humble and un-sexy?were not required by law a few decades ago, and wearing them was not commonplace. Today, side airbags aren't always standard?and as the safety bar ratchets ever higher, cars without them are lagging in safety ratings. The airbag effect shows in our list of the least-safe new cars on the market. In crash tests, a car with side airbags can be among the best performers; take the bags away, and its ratings can fall dramatically. Case in point:Toyota Motor'sCorolla four-door. It's popular, reliable and a good performer in crash tests?except for models without side airbags. Then it comes with the lowest possible side-protection ratings from the IIHS, and makes it onto our list." https://www.forbes.com/2006/10/30/safety-cars-airbags-forbeslife-vehicles-cx_dl_1031lsafe.html

If you're a fan of Toyota, in addition to the Corolla previously mentioned, a late 00's Prius would be a good choice. Not too many of them with that few miles on them, but they are very reliable, so even 100k+ examples should get you good reliability. Likewise, the Toyota Yaris SEDAN (it's larger than the hatchbacks and in generally larger than an Echo) is a good economical choice. A little older and cheaper would be the 04-06 Scion Xa and Xb - they actually share some parts with the Echo. The Honda Fit could be a good choice as well, especially if you value having more versatile interior space to haul stuff around. To the safety concern, the Prius would be the safest of the bunch; it was a more upmarket car with more safety bells and whistles than the others.

As a side note, if you're buying your parts from the local stores, you can always google "advance auto parts coupon" and find a 30% off coupon; order your part online to pick up in store, then drive over to the store and pick it up. That's almost without fail cheaper than autozone or oreilly; occasionally even cheaper than rockauto or Amazon parts. 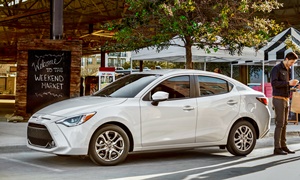 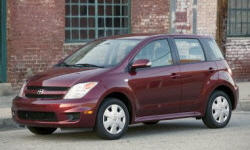 My 12-year-old Prius has side airbags and side curtain airbags. It wasn't available only with the base package. It was standard on every other trim. You'll definitely be able to find a suitably safe car because side airbags were readily available a decade ago.

With the Prius, older ones with low mileage have more HV battery failures than newer ones with high mileage. It's not that they used a different battery or anything. It's just better to buy one that was driven often and not abandoned in the garage. Mine had 245,000 miles when I replaced the HV battery. Others on forums have had to replace their 2005's batteries at 150,000 miles because they didn't drive much. Once you replace the battery, it won't be a problem for another 10 years. This is why you should only buy a 07' or earlier Priuswith an already-replaced HV battery.

The Honda Fit would be a good choice. It's one of the most basic cars on the road and it's not a bore to drive, which is why I prefer it to the Yaris. The Fit does feel very cheap though.

Perhaps an old Lexus would make you happier. It'll still be reliable and many of them have parts straight from Toyota.

If you value safety, get ESC. It's been proven to be a huge lifesaver.