You did not indicate a car or an SUV or a minivan. Since you wrote "Trunk" I am going to assume you meant a sedan as a hatchback or SUV does not have a trunk.

For cars, a large trunk can be had in a Toyota Avalon, Chevy Impala, Kia Cadezna, or Hyundai Azera. That is in order from most to least reliable (but all four are very reliable as Toyota is solid, that GM platform is one of their best, and the Kia/Hyundai architecture also has a solid architeture here).

All four used you can get in your price range - probably five years old or thereabout (2013 or a little earlier).

Note none of these get fantastic gas mileage. You can go for the Avalon hybrid and get a hybrid but then you lose trunk space and they are more expensive. For ride and handling, the best is probably the Chevy followed by the Kia/Hyundai and finally the Toyota as they are not known for handling, particularly that model. 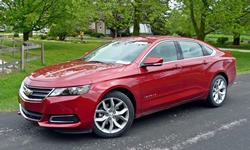 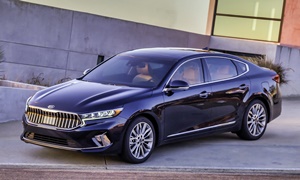 I doubt you could find a Cadenza for $12k, but if you can it would be a great value used. Hyundais and Kias have low resale values. The Avalon would be the most reliable, but it will be impossible to find one in your mileage and budget. Going with a more efficient option, the Honda Accord has a very comfortable back seat and a decent trunk. If you want an Uber car, you can't beat the Prius. It has a large backseat, a big cargo area, is reliable, and rides pretty smoothly.