Best bang for your buck minivan

I'm having a heck of a time deciding what to do with our next vehicle purchase. We have a 2009 Toyota Sienna Limited that's on its way out, and frankly we haven't been all that impressed with it. Granted, we bought it used with 90k miles on it, but it's had to have several repairs - sliding door broke, sprung a major engine oil leak, parking sensors stopped working, a/c no longer works, had to have rear a/c lines replaced when we bought it, to name a few.

We're really interested in the new Toyota Sienna hybrid, but it won't be out for a few months, and we typically don't buy new models due to potential production issues that get worked out over time.

We've considered all the current minivan makes and models. We really liked the Chrysler but are concerned about reliability. Yet we have friends who have had a Pacifica for two years with no problems.

We like the Kia Sedona but have read the third row is smaller than rivals, and my wife isn't sure she likes the styling.

The Odyssey seems to be a safe bet, but again reliability seems inconsistent from year to year. And the prior model's interior styling (2011-17) is uninspired.

We have five kids (3 in car seats) and a large dog, so 8 seats and maximum cargo space is a must. And since we're saving for their education, we're looking for a vehicle that offers the most value. Honda and Toyota models seem to hold their value, and we plan to keep this van for a long time, so we've debated between new and used given used car prices have increased significantly recently.

So there you have it... What would you do if you were me?

I would take the Chrysler off the list because of reliability, unless you want to get a long extended warranty. Also, they depreciate very quickly, but if you keep your cars for a long time that won't matter. Your friends' stories of their Pacificas are anecdotal.

The current Sedona is a little old now and is a little small in the third row, but not a huge deal. I would personally get the current Sienna over the Sedona I think.

If you want to get a truly freshly designed modern car, look at the Kia Telluride and Hyundai Pallisade SUVs. They are excellent cars that are universally praised. They have a big backseat, but don't have the sliding doors which I love.

The current Sienna will likely be the most reliable and long lasting. All the safety features are standard, the powertrain is one of the best, and it is roomy inside. It is dated like you said though. The Sienna is on a whole other level with reliability compared to any of the other minivans. None of the other minivans have a track record with their powertrains and electronics.

I wouldn't hesitate to buy the first year of a resesigned Toyota. They are almost always reliable in their first model year unlike many other brands. Their hybrid system is more proven than most powertrains in the world. For this reason, I would get the new Sienna Hybrid as my first pick for sure. It will definitely be out of your $25k budget, however.

As always, ElectroFuels recommendations are well reasoned and quite sound. But they may not be practical given your stated budget.

If I were in the market of a new minivan, I'd definitely have my sights set on the Sienna Hybrid. But, unfortunately, you're not going to be getting any new Asian minivan with latest safety nannys on a budget of $25K. So that leaves used. And you probabably aren't going to find a 1-2 yr old Honda or Toyota for $25K either unless it has been "ridden hard and put away wet".

On the other hand, if you have excellent negotiating skills, you able to land a 2020 Chrysler Voyager minivan (new for 2020, the Voyager is basically a stripped down Pacifica) or a 1-2 year old Pacifica with a CPO warranty (7 yrs, 100K) in your stated price range. Both are generally quite comfortable, brake and handle well, and very spacious.

Chrysler minivans have alway be a bit iffy in terms of reliability and they haven't generally kept up with their Asian counterparts in terms of technology. That said, I have know of and have read a number of reports of people who drove them 100K with minimal problems. And, as you and others have discovered, that even those considered more reliable are not a slam dunk when it comes to reliablity.

If you keep your next van for 90,000 miles, none of them are going to have a great a resale value.

We'd love to hear the outcome of your search for a new family hauler. 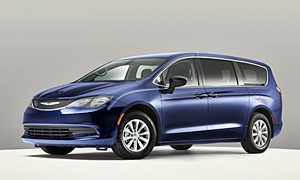 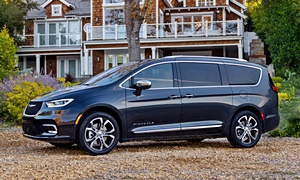 Dan has good advice there. I didn't think that far. If you get a CPO Pacifica with the warranty I think you might be fine. The engine has been out for a long time and has become decently reliable. I would just worry about the electrical components. Alternatively, look at private party Pacificas and if you feel like the first owner took good care of it and they have service records, then I think that is almost as good as a CPO warranty.

Make sure you don't buy a Pacifica that has been a rental car. Hundreds of renters have driven them and kids beat up the interiors. You can check the CarFax for the car's previous uses. Also, don't get the plug-in Pacifica since they have the potential to be unreliable.

The Sedona would have been a top choice. It felt upscale, but the cargo space is not nearly as large as the other three - the Sienna in particular. The third row seat also seemed more cramped than the others. I also didn't realize the EX model doesn't have a power liftgate, though that's not a dealbreaker.

The Sienna had tons of space, but the 8th seat seems an afterthought - it sits lower than the two captains chairs in the second row and is smallest of all minivans we looked at. The front seat passenger area also feels cramped (I'm 6'6") compared to the competition.

The Odyssey seemed to check all of the boxes - second in space to the Sienna, more substantial 8th seat, and my wife liked the dash better than the Sienna's. The EX-L model we drove didn't feel very high quality though - lots of plastic.

And then there's the Pacficia - I thought we would be satisfied with the Touring-L model, but there were a couple things missing that my wife wanted - such as more storage compartments up front. Most of the vans dealers in our area have in stock have black interiors (my wife prefers something lighter) and there are very few 8-seaters.

After checking these vans out, my wife and I both felt the Odyssey would be the ideal, safest bet...but now I'm reading the odyclub forums, and there are a bunch of people talking about how the VCM is terrible and causes premature wear on the engine - which has me reconsidering the other three options. If only reliability were a sure bet!

I think the 2016 Odyssey is a good choice and is the jack of all trades option in my opinion. I would worry about the transmission more than VCM, but the transmission still isn't that common of a problem. Forums usually highlight problems. They aren't a good way to see if cars are reliable or not, but they are good for finding out what goes wrong on cars and for finding solutions/fixes. The VCM was more of a problem with the 2011-2013 models. 2014+ don't seem to have the problems nearly as often.

Having a plastic interior in the Odyssey is kind of nice so that your 5 kids and dog don't trash the interior. Plastic is much more durable than leather dashboards. We are still original owners of a 2002 Odyssey and the plastic dashboard (leather seats/upholstery) has held up well after 190k miles. Leather seats are also great to have since they don't stain nearly as easily.

If you are really concerned about reliability, the Toyota is the only option that can easily go over 250k miles with normal maintenance based on the powertrain's history.

Thanks for the update tomsids.
I concure with LectoFuel - the Ody sounds like the best bet for you needs and wants. Perhaps get one with CPO if available to help reduce reliability concerns - that said, I'm not sure it a CPO would cover the described VCM issues --would want to clarify that.
Also, there is an after market VCM cancellation device (VCM Muzzler) that some Ody owners have used with apparently quite good results. Its available on Amazon for about $85 and install is pretty straight forward.
Keep us posted.