Looking for an entry-level luxury/performance car for use as a daily driver.

It sounds like you should probably be looking at an Acura, Lexus or Infiniti. Anything European with your specified age/miles/price will be tempting fate in terms of expensive repairs. Acura's coupe/sedans are the RSX, TSX, TL, RL in order of ascending size. The RSX is 2-door; the rest are 4-door; all could be had within your ranges. Similarly, you should be able to find a Lexus in your budget as well; maybe an IS or ES sedan. And probably your sportiest option would be an Infinity G35. 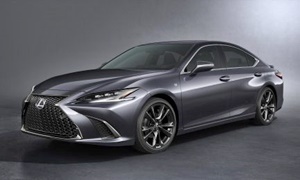 Within your price, age and mileage limits, I can't think of a better vehicle than the 2004-2008 Acura TL. It was an is an exceptional sports sedan (even if it is FWD) and the quality and durability are second to none! The 2004-2008 Acura TSX is almost as appealing but with with significantly less power (though not slow by any means) in exchange for a lower price and better fuel economy. Both cars got a 'mid-cycle' refresh in 2006 that included some minor cosmetic tweaks, new wheel designs and a few added features. You can't go wrong either way.