Sounds like you mostly looking at Asian & German cars and you've got some good ones on your list.

However, if you willing to give "Detroit Iron" a try, they are making some great stuff these days. I'd suggest taking a look at the current crop of V8 powered pony cars. The modern American V8s are pretty sophisticated and really pump the power out.

The Dodge Challenger hits gets the retro muscle car stance and style best plus it is reportedly the most comfortable. The upper level engines are plain outragous! The Mustang would be next on my list. Camero has the speed and handling nailed, but the gunship style tiny windows are a turn off IMO. Cadillac has some hot stuff too but may be out of your price range.

I hope you have some fun, rubber burning test drives. Would be great to hear your report. 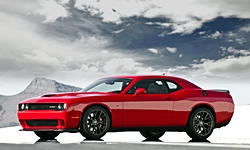 The Infiniti q70 is the top rated luxury car at Consumer Reports, and is very reliable. While Infiniti has plenty of cars that are not reliable, this is not one of them. Sqeaks and rattles are a problem on this car, and in some cases paint and trim. That is it. No other issues after three years of ownership (2015 model year is the one year they have reliablity on - a caveat.)

On the Audi, Consumer Reports gives reliablity for the A6 as the S6 does not sell in sufficent volume to get its own reliablity ratings. In the redesign year, 2012 it has engine problems so avoid. In 2013, it has minor engine and transmission problems and more serious climate control and brake concerns. It is above average in reliablity for that age so it is a good year. In 2014 it falls back to average overall because of fuel system issues, climate control problems, brakes are a serious problem, suspension issues, power equipment, and electonics issues. In 2015 it is above average reliability overall with only electronics concerns and brake issues. In 2016 back to average overall again and more severe brake concerns and electonic issues. In 2017 back to above average overall reliablity although there have been a few reports on drive system issues and in car electronics.

In this case, the Inifinti (with limited data) is more reliablie according to surveys, but neither car is terrible for its class. Powertrain performance for both is fantastic. Design is in the eyes of the beholder, and if you like them, go for it. Best of luck.