VW will be buying back my TDI wagon this fall. VW Wagon size fits our needs well with a skybox. Two kids easily fit in back seat and it is fun to drive and has a high quality interior for the price. I will have about $18k after buyback and loan payoff to purchase a used replacement. Would like something fun to drive, preferably not fwd. I liked the VW but it is time for something different/more fun.

Audi A4 Avant: Nicer version of the Sportwagen. More fun but rare in Indiana. Slightly smaller cargo space than VW, but more fun with great styling.

Audi Allroad: Similar to Avant. Easier to find but more $$. Hard to find in budget.

Acura TSX Wagon: Similar in size to VW. Not as powerful as other options and not AWD/RWD. Reliable.

Volvo XC70: Heavier and not as fun as other options, but more space. Unsure about Volvo reliability. T6 version could be interesting.

A Subaru Crosstrek or Outback would fit your needs and are efficeint, fun to drive and reliable. 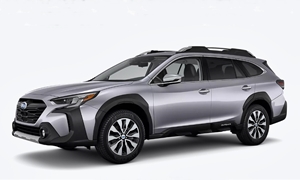 My wife has an Impreza, which is basically the same as the Crosstrek, minus the lift. The low power engine/cvt combo lacks fun and it has significantly less luggage space than the VW Sportwagen behind the rear seats. No room for the dog in back on trips. I admit, that the Outback probably checks most of my boxes, although it really isn't a sporty wagon any more, but more of a mid size SUV..... and I hope to avoid the ubiquitous crossover SUV that everyone drives. If only they still made a Legacy wagon.

Guess I probably have it narrowed down to the list above, since they are pretty much the only American wagons offered. Curious if anyone has thoughts on these, or ownership experience.

Unfortuantly you tastes are an enthusiast unicorn. Often talked about but never seen.

Although you said you didn't want an SUV you may want to consider a BMW X1. It is effectively a previous gen 3 series wagon with slightly higher ride position and more interior spsce

For almost any of these cars you're going to need to travel to find one that you want. 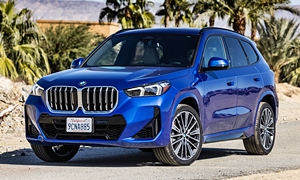 Your priorities are very similar to mine. I'll say I've been satisfied with my A4 Avant (2007) but it has lived up to it's warnings about expense on repairs. I'm guessing it's been "average" for number of repairs, but several have been expensive. I personally liked the old A6 based Allroad better but wouldn't have considered it based on the poorer MPG. If you do need passenger space for 4 and you are a taller driver, my other warning is the back seat will be cramped if the front is pushed back. I'm 6' 0' and there is barely enough leg room for a child behind me. I see you didn't mention the Vovlo V50 T5 in AWD, which was my 2nd choice. Any reason why not? Probably no better/worse than the Audi/BMW for cost to own/reliability. Not really up to speed on the newer V60.

While harder to find, the Mazda6 wagon was fun to drive back when I was looking, but I didn't care for the interior (which is something I surprised myself that mattered as much as it did) but wasn't offered in AWD.

The other rarity in a wagon is the Dodge Magnum, which was offered in both AWD and RWD. I don't know much about them as the styling didn't appeal to me but might fit your wants but will be at the edge of your age since I think they were discontinued about 7-8 years ago. 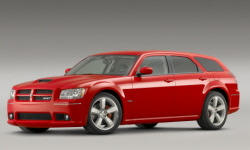 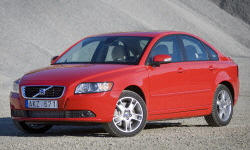 Wrote the V60 off my list as it seemed very small. More of a hatchback than a wagon. Seems hard to find them in AWD.

As as far as the A4/Allroad goes my assumption is the rear seat space matches the VW Sportwagon, which is ok. In Europe these are considered big family cars. :).

Sorry to hear about the maintenance on the Audi. Everyone says they are really improving.

As far as the BMW, part of the appeal is the brilliant and bulletproof 3 liter inline 6. The X1 and newer models use the turbo 4.

We had an Acura TSX for a while, until some idiot blew a red light and we T-boned him at 50mph. My wife and I both walked away. Couple visits to the chiropractor is all. Gotta hand it to Acura, they make an incredibly safe car. We ended up not replacing it with another Acura only because we decided we wanted something a little bigger, but coming from a TDI wagon, you're at about the same size. We got a Grand Cherokee, which had so many problems it ended up being bought back by Chrysler after lawyers got involved. After that, we did the ultimate safe thing and leased a CR-V, which was reliable, but that's the only good thing I have to say about it. I'm a driving enthusiast, and thought I'd pretty much hate the TSX wagon - I bought it because I wanted to put my wife and child in a safe, luxury wagon since we were coming out of a Saab 9-5 and they weren't making any more - but I do have fond memories of it. It was VERY comfortable (seats are great, especially the adjustable driver's side - wish they had the same for the passenger), it handled really tight, I thought the 201hp was reasonable, never felt it was lacking for power (unlike our CR-V), and it just felt like the solid car they sell as the Accord in Europe. I don't think you could go wrong with one. Wished it had a manual transmission, but better than a CVT any day. I think you'd actually come to like it. You will hate the infotainment system though (if you spring for the Tech version). It's clunky, old, needs updating badly. I think the TSX Wagon is the closest thing you'll find to your TDI that you'll enjoy and that meets your needs. And best of all, even used, you probably don't have to worry a bit about reliability. Good luck!

Just as an update, my wife ended up getting another minivan since I wrote the opening question, which meant that I would no longer need a wagon, even though I really love wagons. I ended up buying a 2015 lightly used VW GTI this week, which satisfied most of my requirements. It is fwd, but has great grip/handling. It also has more back seat space and nearly as much rear cargo space as many of the compact wagons that I was considering. Gets good mileage and is practical while being a blast to drive.

The new 2018 Buick Regal TourX Wagon will start over your budget but at $29,995 it is going to be very price competitive. The Twinster AWD will power through with only one wheel while the others slip. The Subaru fails this test with any steering input. Plus the TourX will have torque vectoring AWD that will send power to the rear, outside wheel while turning. Others brake the inside wheel in a turn. This systems will not send power to the one wheel with traction.