I am looking for a pickup truck too replace my 2011 Dodge Durango Citadel, which has been an unreliable mess. I am terrified of ever buying another Chrysler product, so even though the RAM gets good reviews. It scares me. So far I have driven a Tundra 4.6 liter.

You can't go wrong with a Toyota Tundra, most reliable pick up on the market.
I would also look at the Ford 150. 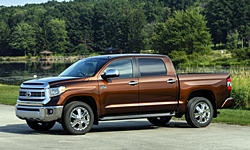 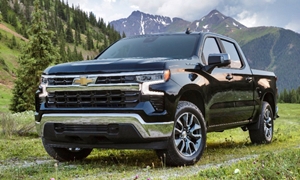 I have owned Ford, GMC, Chevy and Ram pickups.
The GM trucks all were less reliable than the Fords.
I have bought two Rams in a row, the first was trouble free for 155000 miles and the second has been trouble free for 40,000 miles. I don't know about Chrysler cars, but the trucks seem to be at least as good as the Fords.
I still own a 72 Chevy truck and have for many years, so I'm not anti-GM, just going from my own experience.
I was going to get a new Ford when I bought my 2012 Ram, but comparing the performance and the ride, the Ram was much better.......and I got it for about $3000 less than the comparable F-150. 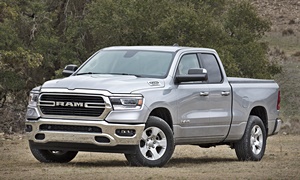 Quality? Comfort? Reliability? 4 Passengers? Honda Ridgeline has all you need. Owners swear by them, including my son with his family of 5. Concealed, lockable cargo in the back, composite, no-rust bed, amazing tailgate that swings and drops. Unless you want a construction truck, the Honda is the best out there.

Thanks for the help, guys! After driving every available pickup on the market, including Ford, Ram, GMC/Chevy, Nissan and Toyota, I ended up purchasing a 2015 Ford F150 Lariat with the 2.7L EcoBoost.

I had previously owned a 2006 Ridgeline and driove it for several years. I LOVED the utility, the room, the practicality and the ride quality, but hated the poor fuel economy and some of the sub-par interior issues. I actually considered going with a used Ridgline again, but it was so dated that I just couldn't bring myself to go back. And I couldn't wait a year for the 2016 Ridgeline.

The F150 with the little 2.7 turbo is a BLAST to drive! The acceleration and ride are both exceptional. Other trucks I drove had their virtues and their drawbacks. The RAM rode well, but drove heavy. The GMC/Chevy had lovely interiors and features, but felt heavy and slow. The Toyota with the 5.7 had great power, but rode so rough as to shake your filling out.

After driving the F150 around town for a week, I took it on a 2000 mile road trip. My average fuel economy with 4 people and a bed full of gear was 20.9 MPG. I wasn't hyper-miling and the truck wasn't really broken in.

Over all, my whole family is thrilled with the F150. I put a Ford hard tonneau on the bed and I have all the utility I could ever want and a great family vehicle to boot.