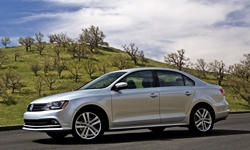 This member has purchased a 2015 Volkswagen Jetta.

Let the debate begin. I am extremely pulled between purchasing a VW Jetta GLI or Honda Civic SI.

I would also like to keep it under 28K which leads me to the above 2 mentioned.

I am leaning towards the GLI as it will also be a little fun with a turbo-charged engine.

My hesitation: Long withstanding track-record (or lack thereof) on VW of the years.

My gut: I have 3 close friends/family members that have VW that are at least 3 years old and have not had a single problem with it, therefore I feel like they have come a long way...

Any constructive assistance will be appreciated.... READY.... GO!!!!

I've owned a GTI and had several minor problems with it, but the fact that three of your family members have owned VWs without problems would be a strong consideration. We've owned two Civics and the've been pretty good little cars although they really don't have much of a personality. I have a feeling you're wanting to go with the VW and I can't see any good reason why you shouldn't.

My wife currently drives a 2003 Jetta GLS with the 1.8T "manumatic". It replaced her 1991 CRX. Actually we briefly had an Acura Integra in between, but a new family member required something with 4 doors. I also previously drove a 1993 Honda Accord. Admittedly these are rather older comparisons, but so far her Jetta has been pretty solid for us. We had one issue related to an ingition coil recall and a rough idle corrected with a computer udpate. I would say on the whole it's held up better than the Accord did. When we were comparing to the a Civic at the time, the Jetta just felt so much nicer. I think this was a time when VW wasn't trying to compete head to head but rather to offer a more refined option vs Civic/Corrola. I carpool with someone who drives a more modern Civic (~'09) and continue to like our older Jetta's interior much better

I also found the Jetta so much more fun to drive than the Honda options, although at the time, I don't think the Si was offered with 4 doors.

The reliabilty stats ought to speak for themselves, and you can find our experiences also in the repair histories (look for the '03 Jetta from Vermont). We've got 118K on it now and it's just barely starting to show it's age. Our goal is to hand it off to our son when he hits 15 in another 4 years.

My only hesitation with recommending the current Jetta is that when I was killing time at the dealer for during some maintenance a few years ago, it seemed that the option packages didn't quite match what we had in our older GLS. I thought the base options felt pretty spartan, and the mid-level wasn't quite as nice as what we had. Personal preference also is that I like the older (more square) Jetta styling than the modern Jetta. Overall, I would definately consider another VW when the time comes. The Jetta TDI wagon would be my choice for a replacement or our current Jetta, but I'm the wagon fan in my household (current car is a 2007 A4 Avant) and not my wife so we'll see.

The true VW horror stories tend to be with the pre-2006 cars. There are no doubt some with the current VWs, but the odds of getting a reasonably reliable car have improved considerably.

I recently had a Civic Si for a week. Very fun, in some ways more fun than the Jetta GLI, but a thoroughly different character. It's almost like deciding whether to drink beer or wine (rice or otherwise). The Honda has a high-winding engine and a generally lighter, more delicate feel. Great shifter. It also doesn't ride as firmly as the VW. My comparison review.

Have you driven them both? What did you like and dislike about each driving experience?

The Mazda3 is another option. A manual option will soon be available with the larger engine (dealers are supposed to start getting them in the second half of August). Not quite as much peak horsepower as the Honda, but close. The VW has far more midrange torque than either.

Other fairly quick compact sedans with manual transmissions include the Buick Verano and Dodge Dart. Neither is as fun to drive as the others discussed here, though.

This is all great feedback! So maybe more information on my end will help.

I have test driven the VW Jetta GLI.

My likes:
- Has the space I need (currently have a 2 YR old hense the 4 door)
- I LOVED the Power/Torque of the car; it really had "get up and go" speed

Dislikes:
- Interior was not as "modern"

What I do not know:
- Only took it for a quick test drive so I am not sure the overall turning ability around sharp corners
- When I was diriving and went to gas it around a vechicle the handling seemed to "stick" a bit which could be a pro/con

I have not driven the Civic SI yet, however I may sound vain, but here is why I am learning towards the GLI:
- Turbo Charged (though small) engine IE more power than the Civic SI
- With the above stated it would have more passing power on the freeway if I downshift to 5th Gear
- Looks more luxurious (sp) than the Civic SI

My fears:
- Purchasing a VW and then having a lot of issues w/car
- Purcashing a Honda and not being happy with the passing ability (I am a very aggressive, though safe, driver)

Everything in my gut tells me to purchase the Honda based on the track-record of Honda in general, but I know myself well enough I may have buyers remorse because it does not have the power the VW does. However, if I buy the VW and then it has a lot of issues I will be pissed beyond all belief.
*Side Note: I have a great mechanic who replaced a transmission in my fiance's 04 Saturn Vue for 1300 so I do not know how worried I am with repair cost though? Also I do want to have a foreign car (though I know Honda is pretty much made in the US).

I hope this helps those posters that are reading.

Your odds of having even a single, probably minor repair in a given year are at most one in three in the Jetta--check the repair-odds stats. Absolutely no owners with a 2008 or newer Jetta have reported three or more repair trips in the past year. So if you like the VW far more than the Honda, that's the way I'd go. I'd only let reliability be the deciding factor if they were otherwise close.

You might also want to check out the Acura ILX, essentially a more luxurious Civic Si. With discounts one might fit within your budget. 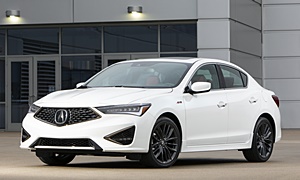 Thanks for all of the help again. I was able to test drive both cars.

Honda Civic SI:
-did not like how the 6th gear was in the gearbox
-interior felt cheaply made
-passing power on the freeway was minimal
-rear seating not as comfortable
-no rear vents

So after all of this I feel like I am going to go with a VW GLI. Though now that I am really looking, if I could find a used WRX, I am probably going to go for it, because it is still a 6sp/turbo charged/ and AWD (for certain models). OP Note: This is why I hate buying cars.

Have you driven the WRX? The previous generation WRX was a softer car than the GLI, you might not like how it drives as much. (I'm less sure of the 2015 in this regard. Will be testing one soon.)

No need to hate the process. Just drive the ones you might be interested in, and go with the one you like best. And, unlike dating, they can't reject you. You're doing all the rejecting :)

I thought about commenting on the "I don't like car shopping" statement. This should really be its own forum discussion topic (hmmm, maybe I should go start that, but I'll probably be too lazy). Trying out and selecting a car ought to be loads of fun. I'll admit, the negotiating process can be intimidating and a chore, but there are alternatives to make that easier, even if you give up a few bucks (truecar.com, "employee price" incentives). I suppose if you're on a smaller budget, that would take some of the fun out of it knowing you can't afford the car you really want, but hopefully the members here will be able to help everyone find something they are happy to get into when they head out of the driveway.

Thank you all once again for your responses. I finally bit the bullet and purchased a 2015 VW GLI! I cannot wait to write reviews on it. So far so great!