comfortable car for my mid-life crisis

Mustang or Lexus or Acura - something peppy!

If you're working with a $150,000 budget, might I suggest a new Porche 911 or Nissan GT-R instead of any of those plebian Lexuses, Acuras or (God forbid) Fords.

If you actually meant $15,000, give the Infiniti G35 a look. They're nice, fast, relatively reliable and commonly available in your price range as both coupes and sedans, manual and autos. 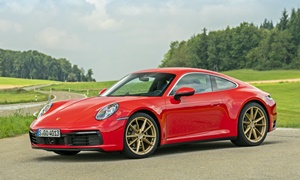 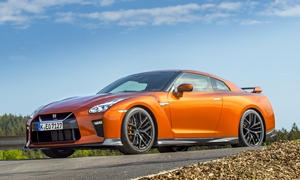 Depending on your taste in cars, the Infiniti G35/G37, Acura TL, or Ford Mustang could all be good choices. If you want a coupe, then that would rule out the Acura. These cars all differ in character, so drive them all and see which you like the best.

The Lexus IS is also a nice car, but will probably be more expensive than the above options.

You might also give the Hyundai Genesis Coupe a look. It's similar to the Infiniti, but a little less luxurious, for less money. The Genesis Coupe has been offered with two engines, a turbo four and a V6. Like the Infiniti, a sport suspension is optional, and might make the ride too firm for your taste.

Once you've had a chance to drive a few cars, post your impressions here. With more information on your likes and dislikes I might have more specific suggestions. 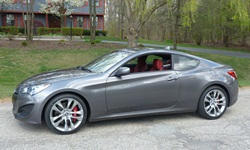 You're right I did find the IS more expensive but the G35/37 does look intriguing. The Acura does look very reliable but you're right it's not a coupe and I'm leaning towards a coupe. I'll give a few cars a test drive and get back here to let you know what I thought.