Looking for a car (open for new and used) that will last a while.

I commute 60 miles daily and a fun drive without guzzling gas are very important.
It would be nice to own a car that not everyone and their mamas drive... =) 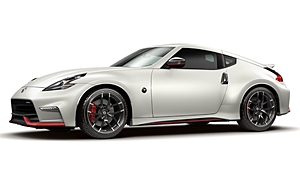 If you can't handle a fairly large amount of road noise, the Z could be out for you. Infiniti sells a more luxurious variant with a rear seat in the form of the Infinti G37 coupe. Neither this car nor the Z is terribly fuel efficient.

The Scion FR-S and Subaru BRZ are fun on a curvy road and get good fuel economy, but I found the FR-S tiresome on the Interstate.

That about covers the rear-wheel-drive contenders.

Other front-wheel-drive compact coupes include the Kia Forte SX and Honda Civic Si. The Forte offers more features, while the Civic Si (manual transmissiion only) handles better will probably outlast the others. Acura sells a more conventional and more luxurious variant as the slow-selling ILX sedan. If you need an automatic, the Civic Si and ILX 2.4 are out.

Scion also offers the tC. It's well below your cap, and is middle of the road in most ways. But it should be reliable. I don't think they've sold many of the current one, so they're not common.

Which of these seem closest to what you're looking for? 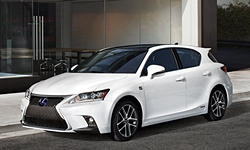 Thank you guys for the suggestions!

I'm looking into a 1-2 year old car but fairly new to get a better bang for my buck.

BMW 335D. 36 MPG plus on the highway, fun to drive. Diesels hold their value.

You won't see good gas mileage from the Volvo unless you got a recent one, with the new four-cylinder engine. The Jaguar does okay for a Jaguar with the 3.0SC, which was first offered as a 2012. Reliability with either is iffy. With the Volvo, the 2013 is looking good so far, but the 2012 (first model year) isn't.

The 335d is an interesting choice, but was last offered as a 2011. Not enough of them in our survey to predict reliability for the diesel. From 2014 on they offer the 328d, with a four-cylinder diesel. I reviewed it not long ago.

I feel there are other options, but can't think of them at the moment. So of those you asked about, maybe the Volvo.