I basically want a nice car built within the past four years woth all the new features that are becomi g standards heated and cooled seats video screen rear camera; leather interior a luxery, performance perfomace sports two or four door four prefered. Really just want a good deal on a gently used mid to upper class car. Have looked at lincolns bmw all the way to dodge chalenger and charger. Woyld like audo but possibly out of my price range.

Chrysler 300, there should be a good supply with the features that you want. Reliability is pretty good and the performance is good. 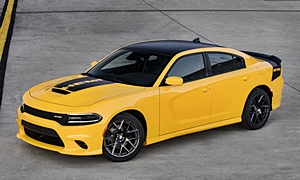 Hyundai Genesis. 2009 was the first year but other than some radio issues on the Tech series the car was flawless. The V-6 is responsive but provides reasonable mpg around town and hovers at 30 mpg on the road. Big trunk, comfortable seats all around. Change the oil and keep driving. Other maintenance, like brakes, are inexpensive repairs. The first year suspension was the best, being Lexus-like. Then the car magazine guys complained about it being too soft on the test track at 130 mph. 2010 was very harsh after they stiffened the suspension. This is not a race car, but a comfortable riding car. Sometimes the car mag's do more damage than good when they compare every vehicle to a track car. I am on my third Genesis and the 2012 and newer went back to the softer suspension in the V-6. This is saying a lot from a German car lover.

When I first read wcpowell's recommendation, I figured he had ignored the price cap. Turns out there are plenty of 2010s available for under $20,000. But, as he notes, the Tech Package (with some of the goodies you want, like a cooled driver seat) can be buggy. The Tech Package's Lexicon audio system is among the best I've ever heard. The used prices don't seem much different for the V6 or V8.

The Chysler 300 is also a good pick. The 2011 has a better engine and a much nicer interior than the 2010, but might be a little less reliable because it was the first year of the refreshed model. The front suspension seems to be the most common problem area, nothing terribly expensive.

A Lincoln MKS is probably the cushiest of the bunch, and some are available for this price. We don't have much reliability data on these, but what we do have on related cars suggests average reliability, at best. Some people love the MKS, as it does feel very luxurious, but the Hyundai and Chrysler handle better. 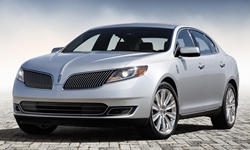